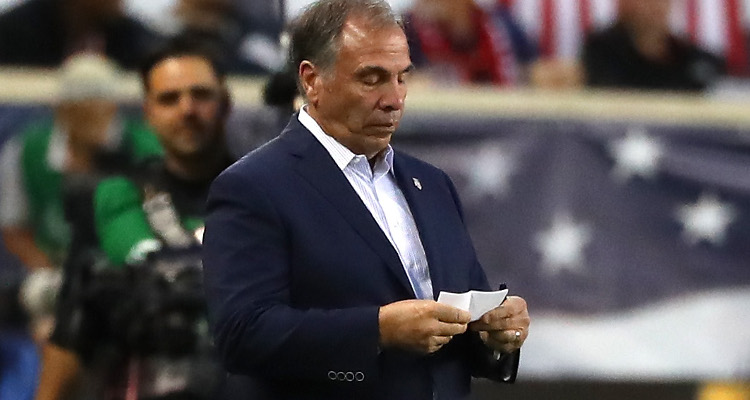 Team U.S.A. has failed to grab a spot at the 2018 Russia FIFA World Cup, after they shockingly lost to Trinidad and Tobago. It looks like Bruce Arena, the U.S. coach, will have a lot to rectify after this failure. Who is Bruce Arena? Scroll down for everything you need to know in our Bruce Arena wiki!

In the 21st FIFA World Cup in Soccer, host country Russia will not see the U.S. team on their fields. Bruce Arena, the U.S. team’s coach, has never been as disappointed as he is now that his team failed to qualify for the World Cup. Though there is a lot that needs to be considered after their 2-1 loss to Trinidad and Tobago, it’s important to find out more about the U.S. coach. Get all the details you need, right here in our Bruce Arena wiki.

He Always Wanted to Be in the Arena!

Bruce Arena was born to Italian immigrants on September 21, 1951, in Brooklyn New York, making his age 66. He grew up in Franklin Square, Long Island, and went to Carey High School. Even then, he was excellent in sports and because he wasn’t muscular enough for football, Arena played defense for his school’s soccer team.

He quickly became their goalkeeper after their last goalie was suspended for physical violence during a game. He also played for a local club associated with New York’s Cosmopolitan Soccer League, Hota S.C. Once he graduated from high school, his time at Nassau Community College was spent playing soccer and lacrosse. He was honored as All-American soccer and lacrosse player in 1970 and 1971.

Playing soccer in college was not Arena’s initial plan. His college soccer team’s first and second goalkeepers were injured and coach Dan Wood recruited Arena to the team. After two years at Nassau, Arena had transferred to Cornell, where he also played lacrosse.

Arena Chose between Soccer and Lacrosse

He played at the NCAA Men’s Soccer Championship in 1972 and was awarded the Most Valuable Defense Player. The New York Cosmos drafted him in the fifth round of the college draft once he graduated from Cornell, but released him before the beginning of the season. Lacrosse was his next step, as he joined the Montreal Quebecois for one season in 1975.

#TBT Do you recognize the strapping young footballer on the left? We know him now as Head Coach of LA Galaxy but in the 70's Arena played soccer himself for teams including the New York Cosmos and Tacoma Tide. Think you could recognize more coaches from their former player pics? Take a look at our @ruffneckscarves .com BLOG for more throwback fun! #throwback #MLS #ruffneck #blog #oldschool #players #soccer #coach #headcoach #backwhen #BruceArena #LAgalaxy #TacomaTide #NYcosmos

Two major things happened in Arena’s life during the season he played lacrosse: The National Lacrosse League shut down the next year, which left Arena jobless; and Dan Wood, now a coach for the Tacoma Tides, conceived Arena to play for the team.

So, Arena was back to soccer and became a second-string goalkeeper. Moving to Tacoma ended up opening doors for him in the coaching world, and he started the next chapter of his career as coach for the University of Puget Sound men’s soccer team.

After coaching for a few years, Arena went back to Cornell as an assistant coach for their lacrosse team. Not too long after that, the University of Virginia approached him to fill a vacant coaching position. He accepted offer and went on to coach both lacrosse and soccer for seven years, before dedicating his time to soccer in 1985.

He coached some big names like Jeff Agoos, Ben Olsen, and John Harkes while he was at Virginia.

In 1996, Arena decided to leave UVA and coached D.C. United in Major League Soccer. He built the team from the ground up, and also coached the U-23 national team, who did not perform well at the Summer Olympics that year. Arena experienced success with D.C. United.

In 1998, Arena became the head coach for the U.S. National team where he would replace Steve Sampson, who had had a horrible fail at the 1998 FIFA World Cup. Arena led the team to victories that they rarely saw, and in 2002, he led them to the FIFA World Cup quarterfinals. They won over Portuguese, tied with South Korea, and a lost to Poland.

But the team fared well, and the U.S. was making its mark in soccer. But four years later, the 2006 FIFA World Cup saw the team lose to Ghana and Czech Republic, immediately starting the blame-game.

The New York Red Bulls and the Los Angeles Galaxy saw Bruce Arena as their coach from 2006-2007 and 2008-2016, respectively. At the time, he was awarded MLS Coach of the Year, but the Red Bulls did not renew his contract, so he amicably parted ways with them. In 2016, after leading Galaxy to victories, Arena returned to the U.S. team.

Bruce Takes the Blame for the 2017 Snafu

This year, people had high expectations of the U.S. team to make it big at the FIFA World Cup 2018, but they did not even qualify after losing to Trinidad and Tobago! “I think it’s disappointing. It’s a blemish for us, we should be not be staying home for this World Cup. I take responsibility for that,” he said, as Bruce Arena’s press conference statement clearly indicated his disappointment of the loss.

While Bruce Arena’s net worth is an estimated $4.0 million, there are people who now doubt his coaching skills. The coach who led many a team to victory has failed at FIFA, yet again. He explained, “Our center backs were not confident enough with the ball,” adding, “Our forwards were not able to hold the ball. They did a poor job there.”

But no matter who decides to take the blame, it will not change that the U.S. team did not make it past the FIFA 2018 qualifiers. But there is always a positive side to things, and though fans are disappointed now, redemption could be on its way.