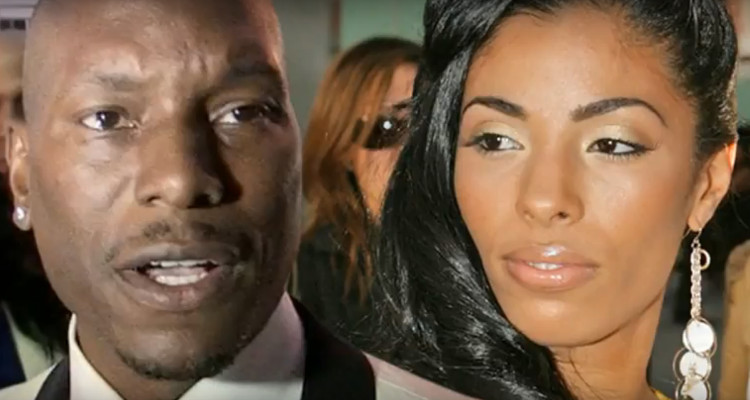 Tyrese Gibson can’t stay away from his 10-year-old daughter, Shayla, despite having a restraining order placed against him. Gibson hired a plane to fly over Shayla’s school with a personal message for his daughter. His ex-wife, Norma Gibson, in turn, reportedly filed a police report against him for the banner.

Taking the law lightly does nothing but land you in deep trouble. Tyrese Gibson might learn that the hard way after he hired a plane to fly a banner over his 10-year-old daughter Shayla’s school, despite a temporary restraining order placed against him. The banner, which read, “No matter what, daddy loves you Shayla,” was seen on Monday, October 23, 2017.

According to reports, Tyrese Gibson’s ex-wife, Norma Gibson, filed a police report after this occurrence. She claimed that by doing this, her ex violated the terms of the temporary restraining order.

Norma Gibson and Tyrese Gibson are involved in a bitter legal and custody battle over their child, and Norma Gibson was given temporary custody of her. Meanwhile, Tyrese Gibson has been ordered to stay at least 100 yards away from them both, and away from his ex-wife’s home.

We have some details from Norma Gibson’s wiki.

Norma Gibson’s age is unknown, but we know that she met Tyrese Gibson in 2002 when she lived in London, England, with her mother and was still in college. They dated for a year before she moved to Los Angeles with him.

The couple had a daughter and got married in 2007. But their relationship soon turned sour, and within a year, they separated.

In 2009, Norma Gibson filed for divorce. The two reportedly reached an agreement in which Tyrese Gibson paid his ex $6,230 a month in child support, as well as her rent and car lease.

Things between the couple became worse after Norma Gibson accused her ex of abusing their child on August 19, 2017.

According to the court documents, Gibson alleged that her ex-husband “pushed our daughter to the ground, pinned her face down, put her knees on her back, grabbed her hands with one arm and beat her with the other.”

Gibson also said that he hit Shayla “between 12 and 16 times,” so much so that the child couldn’t sit down, telling her mother, “Mum, dad beat me so hard that it hurts when I sit down.” She also claimed that Gibson hit her “a number of times in the past including when I was pregnant with our daughter.”

#SwipeLeft I wanted the banner to be longer but it’s was too expensive this is what I really wanted it to say “In the end however way it looks, however way this all feels stay strong my little angel i taught you that this is all just a process of pain seeking happiness, whatever the outcome just know the courts and NO one will ever paint OUR picture NO MATTER WHAT DADDY STILL LOVES YOU SHAYLA”…. You guys are tuned in front row… You have a job to do and thats to stay in our business so….. Since I have your full attention……. Let’s open up this real dialogue I wanna put y’all up on game….. It’s very very important google and look at YouTube videos of something it’s called #ParentingAlianation and more importantly #ENMESHMENT hit me back…… Love always this is not our first beautiful dance…. and it won’t be the last….. it’s just a process that no one immune from…… #Activism #ProudFather #KnowYourRights #LoveToInspireFromMyLifeToYours #DaddyDaughterLove #ShesMyOneAndONLY just last year we was so cool….. Then I fell in love and I’m happily married……. Things change….

Tyrese Gibson denied the accusations, saying that they are “hurtful lies.”

Gibson told People in a statement, “After nine years of working extremely hard to co-parent our child, I am disappointed to learn that the mother of my daughter has made gross and false accusations against my character in a shameful attempt to ruin our co-parenting efforts.”

After finding himself in hot water with the banner, he posted several photos of himself and Shayla on Instagram with the caption, “I wanted the banner to be longer, but it was too expensive.”

Although it looks like it was once active, Norma Gibson’s Instagram account is no longer available, and she has not spoken to the media about the banner incident.

Her lawyer spoke on her behalf saying, “This disturbing behavior is a complete violation of the restraining order. It is a reflection of Mr. Gibson’s erratic state of mind.”

In the latest update, TMZ has reported that Tyrese Gibson was experiencing major chest pains on Thursday night, following an explosive and emotional day in court for the legal battle they are fighting. It got so bad that Gibson went to the emergency room to get checked out. He felt dehydrated and was having serious chest pains.

At this time, Tyrese Gibson is undergoing tests and maintaining fluids to see what’s wrong.