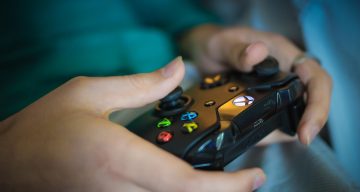 Tyler1 is a famous online gamer, particularly known for his live streaming channel on YouTube, which is now called loltyler1. He is in a happy relationship with Instagram star Macaiyla. If you want to know more about her, then take a look at our Macaiyla’s wiki.

Macaiyla was born on August 21, 1998, which makes her age to be 20. She was born in New York and has lived in the town of Colonie in Albany, New York. Macaiyla stands tall at 5’6” or 5’7.” According to sources, Macaiyla’s father is of Panamanian descent and her grandmother is Irish, that’s why, Macaiyla is part Irish.

She was studying criminal justice but dropped out after 6 months because she was taking a lot of online courses and it was getting very hectic for her. Macaiyla is currently not in school but will be starting soon. However, her mother is not very happy about it and wants her to come to New York to concentrate on her studies.

Macaiyla joined the world of YouTube on November 6, 2012. Her first video was posted in 2017, which got her 197k views. In the future, Macaiyla hopes to become a fitness model. She feels that she doesn’t have a proper face for commercial modeling. Also, in her future she wants to concentrate on her YouTube channel.

Recently, Macaiyla gave a tour of her house in Missouri that she shares with her boyfriend, Tyler1. She is very much active on Instagram and has over 56.9k followers. On her Instagram, she posts a lot of photos of herself in a bikini and flaunting her toned body.

Last year it was reported that Macaiyla’s Twitter and Reddit account were suspended. Her second Twitter account was also suspended. To which she said, “Mass reportings. Haven’t said anything bad in weeks. I reply to hate and don’t always have the nicest responses, but none of my tweets have been edgy lately. In general, I’m not even mean to anyone except when I reply to the edgy hate tweets I get.

But apparently that makes me a b***h lol. Its legitimately Reddit reporting me and other people who just don’t like me. Go figure.” In the past, Macaiyla was known for saying mean and rude things.

She did the same thing on Twitch and her account was suspended. In May 2018, Macaiyla took to Twitter and revealed that after almost two years she was unbanned from Twitch. She finally has a Twitter account too.

I wanna be Kim Possible ?

Macaiyla is a big time fitness freak, and likes going to the gym. Sometimes, she goes to the gym twice a day. She often posts a lot of videos and photos of herself working out in the gym. She is inspired by a lot of people on Instagram who are crazy about fitness.

Macaiyla Is Dating Tyler1 For a Very Long Time

Here’s a late happy bday post to my twin i mean *boyfriend (no makeup plz b nice I’m fragile ?)

A lot of people online asked Macaiyla if she was straight, to which she replied, “Yes I am straight. People online think I’m bi (prob bc of my sarcastic comments/likin people’s pics) but to me personally, kissing girl is blehh. I have absolutely nothing against bi people or gay people whatsoever; I personally just don’t like that stuff. I like dick hehe xd.”

She met Tyler when she stream sniped him online with some of her guy friends and they ended up meeting at TwitchCon2016. She moved to Missouri because of her boyfriend.

Macaiyla along with her boyfriend live with three cats, Theo, Nelson and Emmitt. Their relationship is slightly weird as they both sometimes fight a lot. Tyler1 accidentally leaked Macaiyla’s nude.