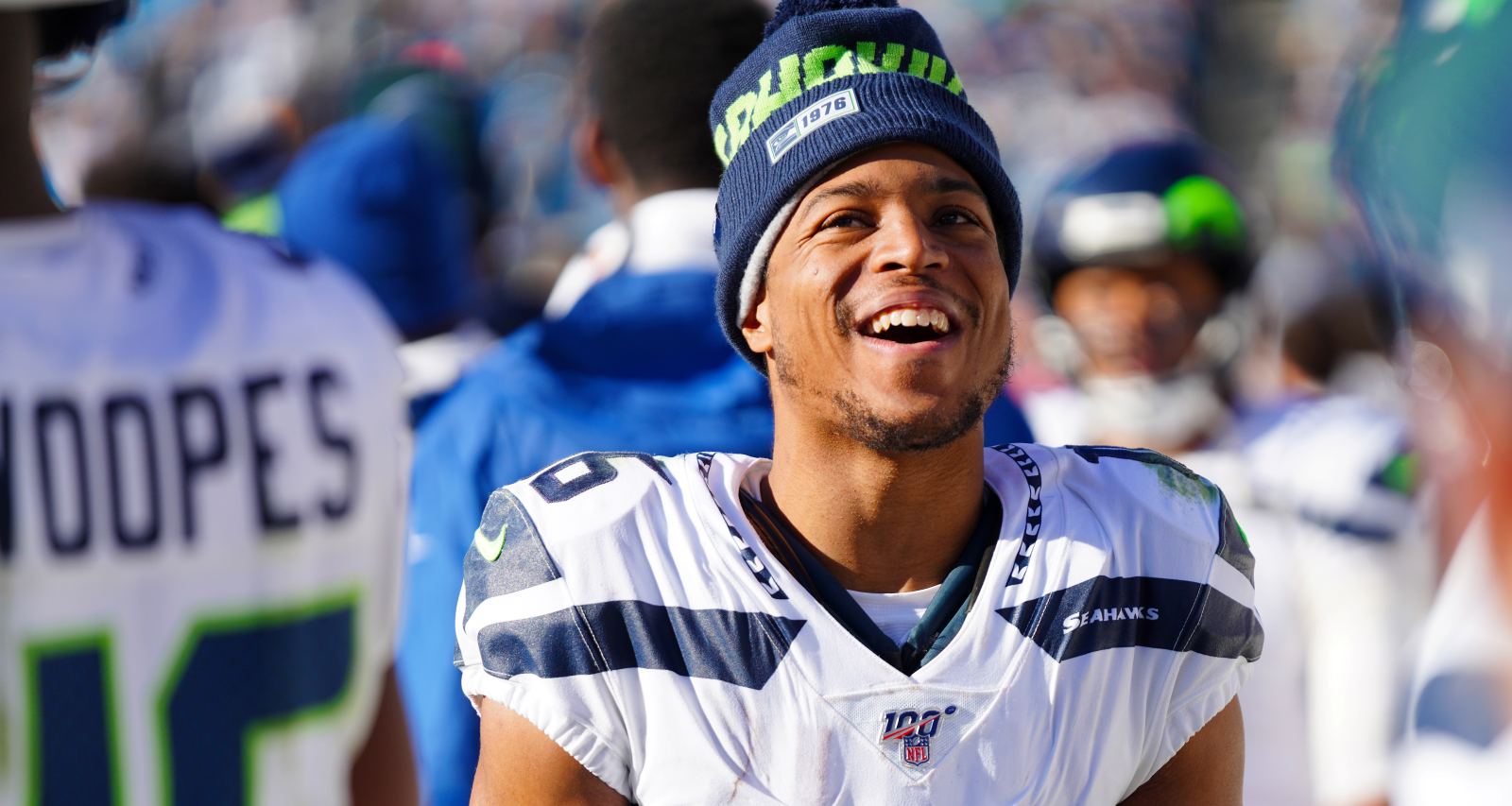 Tyler Lockett #16 of the Seattle Seahawks during the first half during their game against the Carolina Panthers at Bank of America Stadium on December 15, 2019 in Charlotte, North Carolina. (Photo by Jacob Kupferman/Getty Images)

Tyler Lockett is a wide receiver who the Seattle Seahawks believe is worthy of investing in. That’s why they are giving this talented speedster a contract he deserves. Thanks to the value he brings to the Seahawks’ game, Tyler Lockett has earned an estimated net worth of $29.0 million from his NFL career alone. And his contract is only going to add to his wealth in the coming years.

Tyler Lockett was born on September 28, 1992 to the former NFL wide receiver Kevin Lockett. So the talent on the gridiron runs in his blood.

The Oklahoma native was a star prospect at Booker T. Washington High School in Tulsa. His skills earned him an athletic scholarship to Kansas State University, his father’s alma mater.

A phenomenal collegiate career got him selected by the Seattle Seahawks in the 2015 NFL Draft. Details of his rookie contract are not available.

As Lockett moved from a rookie to a player with amazing professional stats, the Seahawks saw a bankable athlete in him. So in August 2018, they signed a three-year contract extension with him.

The contract is worth a whopping $31.8 million and would keep him with the team until 2022. A $9.0 million signing bonus was part of the contract. Along with a guaranteed $14.9 million, he has an increasing salary until 2022.

The following two seasons earned him a salary of $580,000 and $695,000, respectively. But with every season, the Seahawks saw the advantage in keeping Lockett on their roster and offered him a contract extension.

Lockett’s entire career earnings total $29.19 million over six seasons. He is expected to earn another $10.0 million in 2021.

A hard-earned contract is perhaps the boost Lockett needed to set up base near the Seahawks’ home. He dropped some serious millions on a house in 2019.

Lockett purchased a new construction in Sammamish, Washington for $1.97 million. The house spans 4,572 square feet, and has five bedrooms and 4.75 bathrooms.