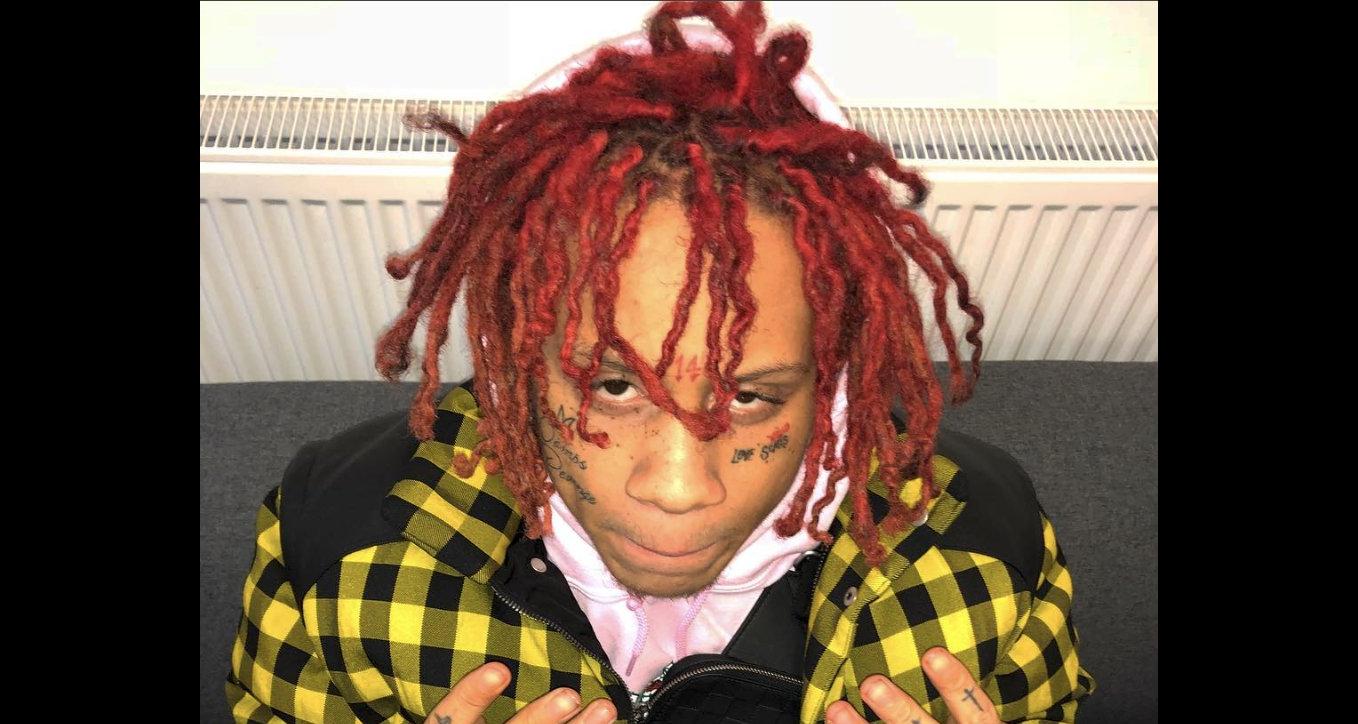 Trippie Redd Looks Up As He is Being Photographed Credits: Twitter/trippieredd

Trippie Redd is the rapper who has an ongoing beef with rapper Tekashi 6ix9ine after the latter was alleged of having sexual relations with a minor. But Redd is now trending for having wiped his Instagram account clean, with just one video left behind! Trippie Red’s video mentions that he will be off the photo-sharing app for a while!

While the war between Tekashi 6ix9ine and Trippie Redd is still hot and brewing, the “Love Scars” singer took the drastic decision of disappointing his 2.9 million followers on IG just before his tour.

Tekashi 6ix9ine had done the same with his account a while back. And now, fans are curious as to why Redd deleted all the posts!

Trippie Redd, whose real name is Michael Lamar White IV, called “Gotti” singer 6ix9ine a “pedophile.” That’s when the war erupted between them.

Tekashi 6ix9ine (Daniel Hernandez), was seen in an exposé post having intimate relationships with a 13-year-old.

Zillakami was the one who posted the pictures online and claimed that he was with a minor.

Tekashi pled guilty to one felony count of “use of a child in a sexual performance.” However, the judge charged him with three counts of the offense after it had come out that he had sexual relations with the 13-year-old girl and distributed the videos online.

The 21-year-old claimed that he was unaware she was 13 and said he had “no sexual contac” with her, even though he was present in the video (where the 13-year-old girl was seen giving oral sex to another man).

To fans’ shock, a Snapchat video of 6ix9ine became viral, when the couldn’t-care-less-rapper called himself a “happy rapist” who was “free.”

Before all the turmoil, Redd and 6ix9ine were actually good friends. They had even worked together on singles like “Poles1469.”

The duo is signed on to the same music label—Elliot Grainge Entertainment.

Redd not only accused him of being a pedophile but also claimed that one of 6ix9ine’s associates did the attack on him. You see, Redd was beaten up when a physical altercation occurred between members from the two camps in a New York hotel lobby.

Tekashi 6ix9ine later confirmed that the attack was indeed from his side! It was like a message sent to Redd for calling 6ix9ine gay. Godfather déjà vu!

The colorful rapper felt that he was being bullied and said, “Tekashi don’t promote violence but the bully doesn’t live in NYC get out my city with that #icepack.”

Since this whole mess, Trippie Redd’s Instagram account has been suddenly wiped his clean, and fans are scratching their heads.

It looks like 6ix9ine is in Puerto Rico now. He has been gathering more and more followers after he was seen doing some charity work in the Dominican Republic and the U.S.

On the other hand, Trippie Redd is scheduled to be on tour from May 1, 2018. So, this IG cleanup could also mean that he is preparing himself and his fans for the mega event! Why not keep the intrigue going, right?

However, fans are now wondering why the rapper removed all his posts and left just the one, strange close-up video!

The rapper is grooving to a mellow song and is seen touching his face throughout the video. He even captioned it, “I’m off ig for a while,” with a sad face emoji.

The comments section is fired up with many haters claiming “he lost,” and that he should stay out of IG and not come back!

But many of his fans are commenting asking their idol to buck up and stay positive. While the whole fanbase seems to be convinced that he might be upset over the beef with 6ix9ine, the reality might be something else altogether.

Well, whether or not Trippie Red returns to IG soon enough, you can catch him at his concerts at various locations spanned across dates in May 2018!