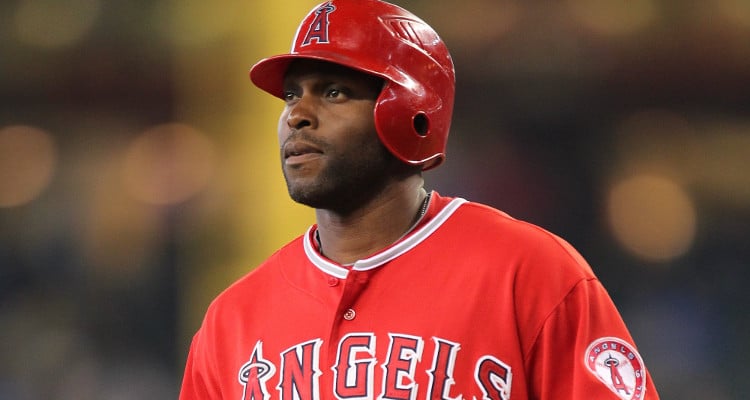 Torii Hunter Jr. is the son of former MLB pro, Torii Hunter. The younger Hunter was well on his way to becoming an NFL star. But injuries made it impossible for him to pursue football. Then, an MLB career came calling.

When injuries derailed Torii Hunter Jr.’s NFL career, he appeared to have a brighter future in the family business. So he followed his father, Torii Hunter’s footsteps and played in the MLB where he’s doing pretty well for himself. He could even break his father’s record of nine Golden Glove awards. He’s still got a long way to go. But until he does, Hunter and his wife, Selina Bell are celebrating their coming child. Tori Hunter Jr. and Selina Bell revealed the gender of their newest addition in the cutest video ever! Find out all about it and more about Tori Hunter’s wife in Selina Bell’s wiki.

In 2016, the Texan beauty went to a Sports Illustrated casting call where she revealed some interesting bits about herself. She went as far as to pose in freezing water until she got hypothermia for a photoshoot. And if she wasn’t a model, she’d be a florist.

Modeling wasn’t the initial career choice for 22-year-old. The oldest of three girls, high fashion was on the back burner for Bell. The 2013 PHS graduate was more into studies and sports. Her mother was a teacher and her father was a restaurateur. Her parents emphasized on education and hard work.

Their friends would mention that their eldest daughter could be a model. “But they were really strict and school came first. It wasn’t until my senior year that they began to relent.” Her parents wanted her to make it on her own, “They insisted I approach this on my own so I would really appreciate the work ethic and cost involved.”

The Southern Belle laments she doesn’t have an interesting discovery story like some models. A relative signed her up for America’s Next Top Model. She failed to make the cut but Her Fierceness, Tyra Banks, encouraged her to pursue modeling.

Bell credits her faith and parents for raising her and making her tough-skinned enough to cope with the competitive world of modeling. She knows the shelf-life of a model is very limited and wants to make the most of it. After modeling, she plans to complete her degree in business and finance. She would like to work in marketing and advertising after she retires from modeling. “I hope with the connections I’ve made I could still find a job in the industry, just in a different capacity,” she said.

While she’s still an active model, she wants to be a role model for young women. “I really care about all the young girls who email me with their insecurities wanting to know how to be a model and what they need to change to be beautiful,” said Bell, “I want every young person to know that they are beautiful and blessed, and encourage them to embrace faith, a healthy lifestyle and a positive attitude.”

#4. Hunter Couldn’t Wait to Marry Her

Last year was a great one for Torii Hunter Jr. While he was still a student at Notre Dame, he was drafted by the Los Angeles Angels in the 23rd round of the MLB draft. In 2016, he also proposed to his model girlfriend. It goes without saying that she said yes.

Hunter was eager to tie the knot with his girlfriend. That’s why, when his Notre Dame teammates were enjoying some downtime, he got married to Bell. While he juggled baseball, football, and his classes, she planned the wedding which took place in October last year.

The couple is expecting their first child together. In an Instagram post, Bell shared a video of their grand gender reveal. Selina Bell threw a ball, Torii Hunter Jr. hit it, and it was blue! Looks like MLB has another Torii Hunter to sign.