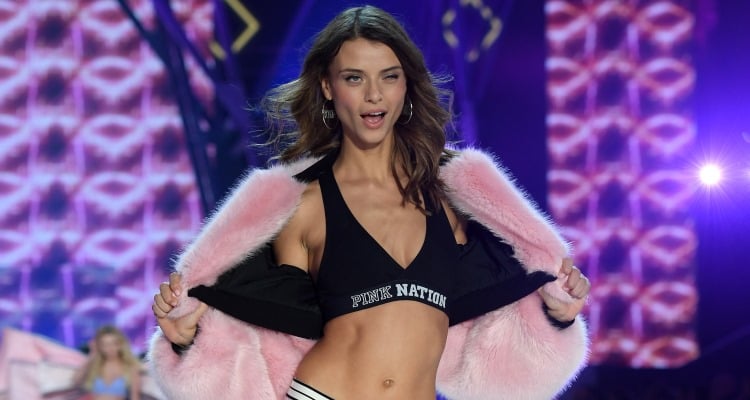 As a child, Lais Oliveira dreamed of becoming a Victoria’s Secret Angel. After being scouted at 13, her dream has finally come true and she will get her wings at this year’s Victoria’s Secret Fashion Show 2016!

A 13-year-old Lais Oliveira was scouted among the audience at the São Paulo Fashion Week. Fast forward 10 years later, the girl who dreamed of becoming an Angel will now wear the trademark wings at the Victoria’s Secret Fashion Show 2016, alongside her role model, Adriana Lima. Here are some of the Brazilian beauty’s hottest pictures, including some from Lais Oliveira’s Instagram page.

#1. The 27-year-old can certainly rock street-style wear! Find it in this year’s Victoria’s Secret collection.

#2. If you’ve got it, flaunt it! Oliveira is flaunting her natural beauty backstage at the São Paulo Fashion Week 2012.

#3. Only a seasoned model like Oliveira can pull off a crown of feathers.

#4. The Victoria’s Secret sportswear line looks like it’s made for Oliveira’s gorgeous body.

#5. Oliveira shows her 100,000 Instagram followers how much she loves the beach!

#6. In this post, the Brazilian bombshell teases us with what the Victoria’s Secret Fashion Show 2016 will hold!

#7. Oliveira can rock this swimsuit…or any swim suit, really. No doubt about it!

#8. Oliveira loves the new Victoria’s Secret collection, and it certainly loves her back!

#9. Oliveira works hard on her body, so naturally, she’ll show it off in the 2016 Victoria Sport collection.