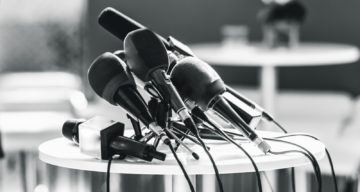 Tonya Terry is a beloved anchor to Montgomery, Alabama residents, as she has been with WSFA 12 for nearly two decades. So it came as a surprise to them when it was announced that Terry is leaving the NBC affiliate. They have a lot of questions about her departure from WSFA, specifically why she is leaving. Terry and the station have been tight-lipped about the details, but she gave a few clues on social media.

Tonya Terry joined the WSFA team of Montgomery, Alabama in 2002. She has been a fixture on the WSFA 12 morning show, Today in Alabama, and quickly earned a legion of local fans.

Terry’s experience also extends to TV and radio stations in other Alabama cities. It’s natural that her regular viewers adore her.

So it came as a surprise when it was revealed that she is leaving WFSA 12 after about two decades there. Terry and the station have yet to give details about her departure.

On her official social profiles, Terry posted that she has no immediate future plans yet. But she surely won’t be waking up at 3:00 a.m. for a morning show.

She also has not specified when she is leaving. Nonetheless, Today in Alabama viewers will have the opportunity to watch her for a few more days on WSFA 12.