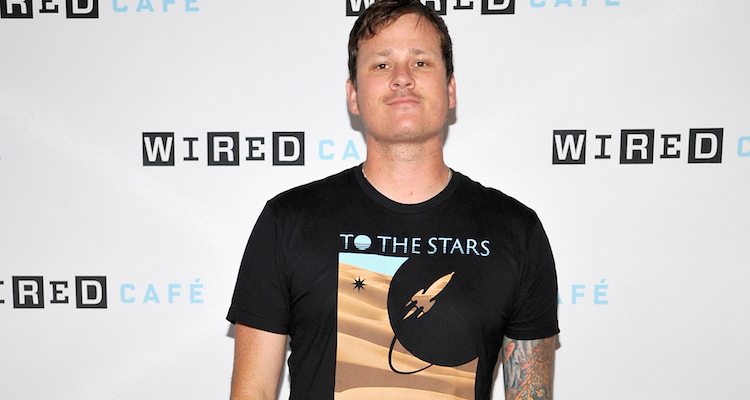 For a lot of us, Tom DeLonge probably brings up an image that is no longer true. He was a member and co-founder of Blink-182. His role in that band really made him seem like the younger brother who thought fart noises were funny at Sunday dinner. But since those early days, DeLonge grew up, left, rejoined, then left Blink-182 again, and got really into UFOs. So, how much could a guy like that be worth? How rich is Tom DeLonge? We’ll take a look a brief look at the life and career of the musician. From Blink to space, you may be surprised at Tom DeLonge’s net worth.

One of the first things that you should take note of is the home that DeLonge grew up in. Thomas Matthew DeLonge Jr. was born on December 13, 1975, in Poway, California. His father, Tom Sr., was an oil executive and his mother, Connie, was a mortgage broker. Two careers where the importance of money is a pretty big part of the job.

DeLonge started making music under the name Big Oily Men in seventh grade. The band was essentially just him and whoever he could convince to join the band, usually not for very long. He co-founded Blink-182 with drummer Scott Raynor and were soon joined by bass player, Mark Hoppus in 1993. It would take years of touring and their second album, Dude Ranch (released in 1997) before they made a serious mark on the world.

Dude Ranch changed things for DeLonge and Blink-182. The touring took its toll on Raynor and he was fired in 1998 with Travis Barker coming on board. In 1999, Blink-182 released, Enema of the State and achieved mainstream success, selling around 15 million copies of the album. It was during this period that DeLonge started to diversify his business portfolio, starting with a holding company called Really Likable People. In 2001, he and Hoppus founded Atticus Clothing, making the type of clothes that the band liked wearing. This was followed by DeLonge creating a shoe line called Macbeth Shoes.

Blink-182 went on a grueling schedule of recording and tours, and the years on the road began to take its toll. In 2002, DeLonge recorded a side project, Boxcar Racer with Barker on drums and did rather well in terms of sales. This started a split between band members, and Blink-182 effectively split up in 2005. In the interim, DeLonge recorded music as Angels & Airwaves, until Blink reformed in 2008. As Tom DeLonge’s songs with Angels & Airwaves saw success, Hoppus and Barker formed +44 with Craig Fairbaugh on rhythm guitar, and Shane Gallagher on lead guitar.

Reformation and Other Interests

DeLonge sold his interest in Atticus in 2005 and began exploring other creative pastures, like music video directing. After Blink-182 reunited and toured, DeLonge once again left the band in 2015 to pursue other interests. This included a website to fuel Tom DeLonge’s UFO passion, Strange Times.

Since leaving Blink, Tom DeLonge wrote books, recorded more material with Angels & Airwaves, and formed a company to make a spaceship. To the Stars INC. was formed and is the main business entity for Angels & Airwaves, novels, and currently crowdfunding a spaceship to make interstellar space travel a reality. And it’s not like DeLonge alone is working on the spaceship project; he also has former members of the Department of Defence and Skunk Works (the group that worked on things like the Sr-17 Blackbird). Tom DeLonge’s company appears to be doing well, thus far.

Date tonight with my lady @jenniferdelonge

DeLonge by the Numbers

Tom DeLonge’s house is a large mansion in the San Diego area. But how well is he doing financially? Here’s a look at some of the numbers:

Taking this into consideration along, with factoring in royalties from his music and books, Tom DeLong’s net worth is approximately $80.0 million. That’s not including Tom DeLonge’s wife, who is quite the successful business person herself. Who would have thought that the punk kid from all those years ago would do so well?