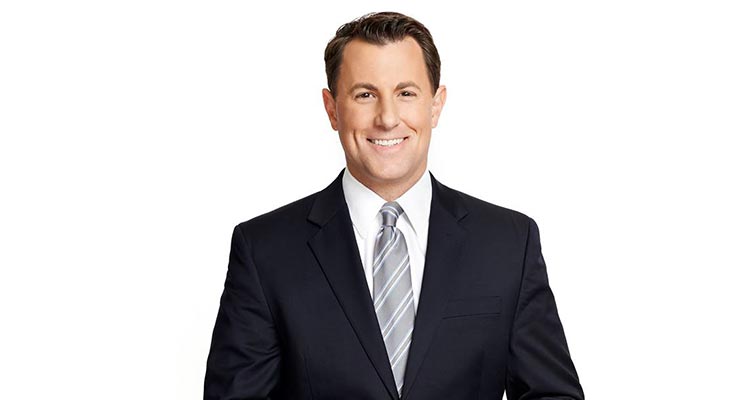 Todd Piro is a known face at the Fox News network. He joined the show, Fox & Friends, as a host and correspondent in June 2017. We have gathered some must-know facts about Piro to celebrate the anchor’s first year on the show.

Fox & Friends correspondent Todd Patrick Piro is known for his friendly demeanor on the show. When he got the opportunity to work for the network, it was like a dream come true for him. Piro is a very hard-working and entertaining host of the show.

Here are some details about him from Todd Piro’s wiki.

He then graduated with a Juris Doctor from the UCLA School of Law in 2003.

Todd Piro’s Career as a Lawyer

Post his education, Piro worked as an associate with Hughes Hubbard & Reed for almost five years.

In 2011, he became a MCLE instructor and director of media relations at California Desert Trial Academy College of Law.

Piro took a detour in his career and started working as an anchor and reporter at KPSP Local 2. He anchored morning and weekend newscasts and gathered stories as a general assignment reporter.

In April 2012, Piro started anchoring and reporting at NBC Connecticut. Besides covering stories in the morning and weekends, he also handled NBC Connecticut’s social media and digital strategies. Piro worked with NBC until April 2017. 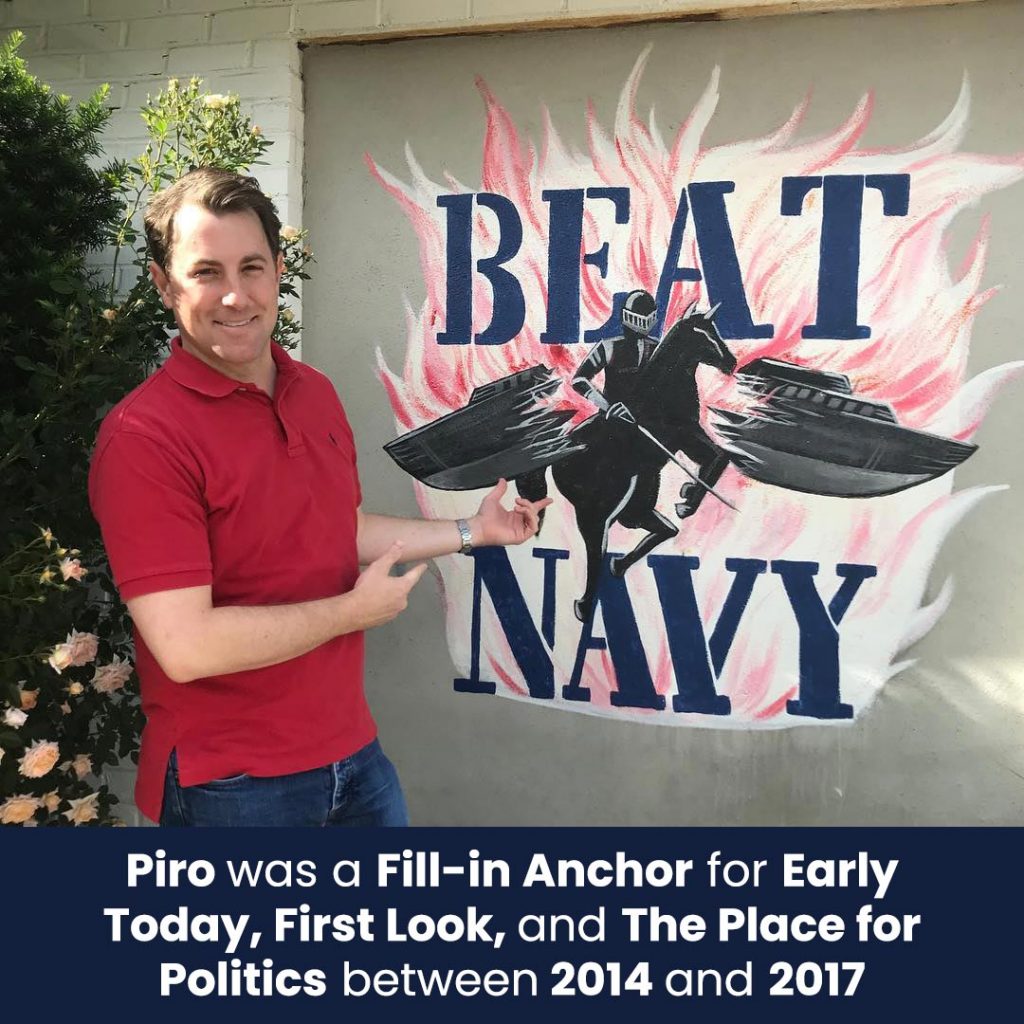 Piro was a fill-in anchor for Early Today, First Look, and The Place for Politics between 2014 and 2017.

Piro is also a contributes to the Fox’s diner series, Breakfast with Friends. He reports on how people across the country feel about the political stories of the day.

Throughout his career in the news industry, Piro has covered important national news stories like the school shooting at Sandy Hook Elementary, Hurricane Sandy, and the record-breaking blizzard of 2013.

Besides focusing on his professional career, Piro also gives back to society.

Piro was a board member and volunteer at the Humane Society of the Desert in 2011. He was also a board member at Companions Visitation Ministry at Sacred Heart Catholic Church.

He currently serves as a board member at Literacy Volunteers of Greater Hartford. Piro helps in revenue generation through fundraising.

Moreover, he is a board member and head of communications and marketing at Amy’s Angels Corporation. He has been a part of this organization for just over four years.

The 40-year-old was born to Pete and Marianne Piro. They have been married for almost 42 years now.

Piro also has a younger brother, Scott Piro. He works in enterprise sales at LinkedIn.

Scott Piro is married to Kristin Surdy. The couple has a daughter together named Zoe, who recently turned one year old.

Todd Piro is not related to Jeanine Pirro in any way. The confusion is most likely due to their last names being similar and that they both work for Fox News.

Jeanine Pirro is the host of Fox News’ Justice with Judge Jeanine. She is a former judge, prosecutor, and Republican politician in New York.

After divorcing his first wife, Piro married Amanda Raus. Just like her husband, Raus is no less when it comes to her career.

Raus is a morning news anchor at FOX 61 and used to work at NBC Connecticut.

She is from Monroe, Connecticut and graduated with a master’s degree in Business Administration from Quinnipiac University. 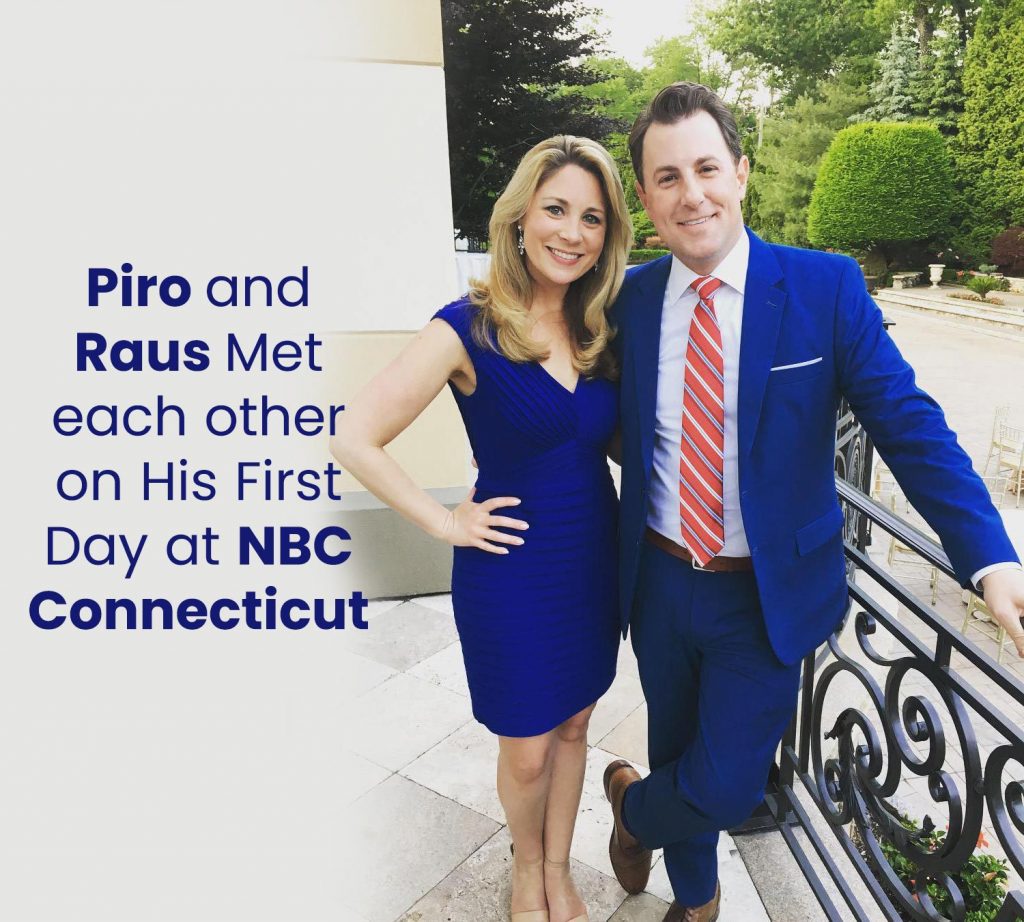 Piro and Raus met each other on his first day at NBC Connecticut. It was love at first sight for Piro, who knew that Raus was the one for him the day he met her. They started dating each other a few months later.

In 2014, Raus and Piro were visiting his family in New Jersey on Memorial Day weekend and went down on his knee and popped the question. He decorated the roof of his house with candles, champagne, and roses to make things extra special. Of course, Raus said, “Yes.”

On Memorial Day, Piro and Raus anchored together and shared the news of their engagement on the air. 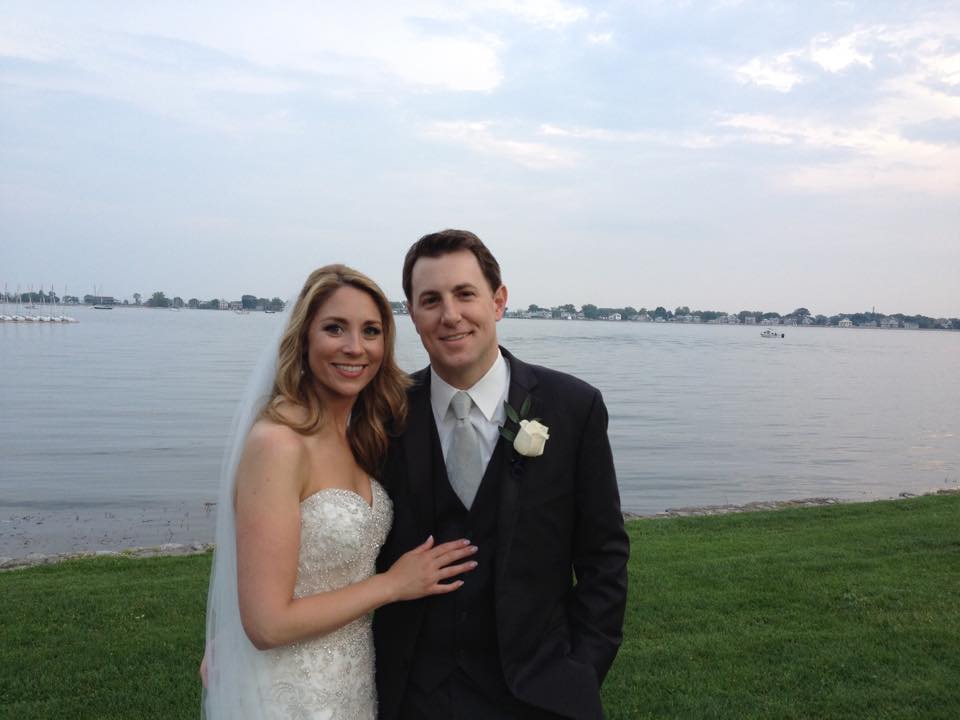 Todd Piro and Amanda Raus on their wedding day. Credits:Facebook/ToddPiroTV

The couple got married on June 12, 2015. Their wedding ceremony took place at St. Stephen Church in Trumbull, followed by the reception at the Inn at Longshore in Westport.

Piro and his family appeared on Fox News’ Cooking for Christmas with Todd Piro’s Family.