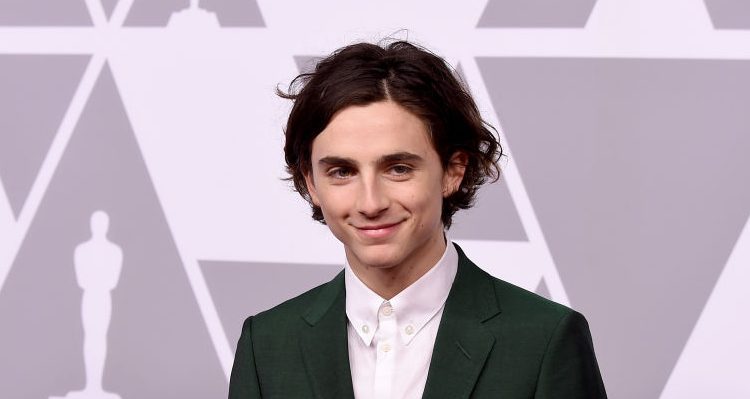 The 90th Annual Academy Awards are quickly approaching, and many are talking about Hollywood’s esteemed stars and budding artists. One of the most up-and-coming attendees will likely be first-time nominee, Timothée Chalamet. The news has made many of his fans wonder who will be at his side during the ceremony. Who is Timothée Chalamet dating? Here’s the scoop!

The dating timeline of Chalamet isn’t very clear, as the Call Me by Your Name actor has only recently risen to fame. But this year, everything could change for the actor as he has been nominated for every single major award for his role in CMBYN, and a major supporting role for his part in Lady Bird. Now, he is one of the most talked about breakout stars, with over one million Instagram followers and an enormous fan following that is growing by the day.

Who is Timothée Chalamet’s girlfriend in 2018? Although he is the most consistent third wheel to CMBYN co-star Armie Hammer and his wife Elizabeth Chamber’s marriage, Chalamet appears to be single.

Fans are extremely curious about his dating life, especially after he played a love-struck teenager in Luca Guadagnino’s adaptation of the novel, Call Me by Your Name. His slender frame, piercing eyes, and dark, flowing hair are just a few reasons why fans (and celebrities) have been crushing on him!

According to celebrity news sites, Chalamet has been fairly quiet about his love life. And it makes sense, since millions of people want to date him!

Chalamet’s ex-girlfriend is the daughter of possibly the biggest pop star of all time, Madonna. He reportedly dated Lourdes while she was his classmate at Fiorello H. LaGuardia High School of Music & Art and Performing Arts in 2013. The actor has kept very quiet about his relationship with her, but it seems they have remained friends and stayed in touch.

Born on December 27, 1995, Chalamet lived in Manhattan, New York, with his parents, Nicole Flender and Marc Chalamet. His mother works as a real estate broker and dancer, while his father is an editor at UNICEF.

Talent runs in the family, as his sister is actress Pauline Chalamet; his uncle, Rodman Flender, is a director; and his grandfather, Harold Flender, is a screenwriter. He is of French and Russian-Jewish descent, according to his IMDb profile.

During his early days in the industry, Chalamet appeared in commercials and the New York theatre scene. While he attended LaGuardia, one of his classmates was Divergent Series actor, Ansel Elgort.