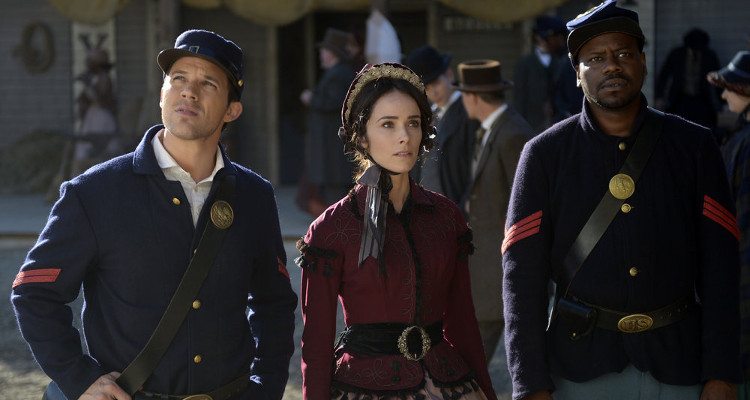 If you’re a history buff then NBC’s brand new show, Timeless might be just what you’ve been looking for! The action-adventure series premiered yesterday (Monday, October 3), and will air every Monday at 9:00 p.m. EST on NBC. It seems that fans who watched the thrilling Timeless season 1 premiere episode now want to know more about the fantastic Timeless cast, and are searching the Internet for the names of the Timeless cast members. Don’t go anywhere else because we’ll tell you everything you need to know about the talented cast of Timeless, and how you can watch Timeless online!

The science-fiction series is based on the premise of time travel. After watching the nail-biting pilot episode of Timeless, viewers are already anxious to see how the rest of the season plays out. The plot revolves around a time-traveling criminal mastermind, who steals a time machine in order to change the course of American history as we know it. To thwart his evil plans, a team of experts is assigned to travel back in time and stop the criminal from destroying the country’s glorious past.

#1 Goran Visnjic (Garcia Flynn): Best-known for his role as the beloved Dr. Luka Kovac on the hit ‘90s medical drama ER, Goran Visnjic returns to TV as the manipulative criminal mastermind, Garcia Flynn. He steals an experimental time machine to go back in time, and change the course of American history for personal gain. He is an ex-NSA agent, who goes rogue trying to stop historical events like the Hindenburg disaster from taking place. 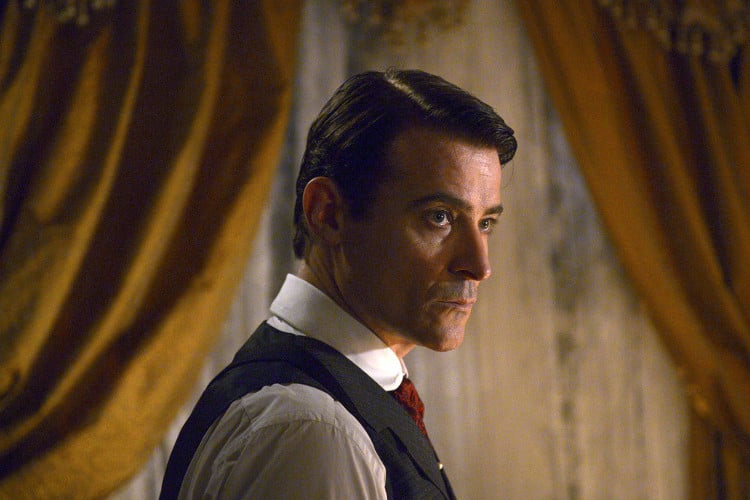 #2 Abigail Spencer (Lucy Preston): Spencer is a sought-after actress, known for her recurring roles in hit TV shows like Suits and Mad Men, as well as numerous movie credits such as The Haunting in Connecticut 2: Ghosts of Georgia (2013), Oz the Great and Powerful (2013), and This Is Where I Leave You (2014). She joined the cast of Timeless as Lucy Preston, a history professor who travels back in time with her colleagues to stop a criminal mastermind from changing history. Lucy quickly realizes Flynn’s seemingly heroic actions are damaging the foundation on which America was built. 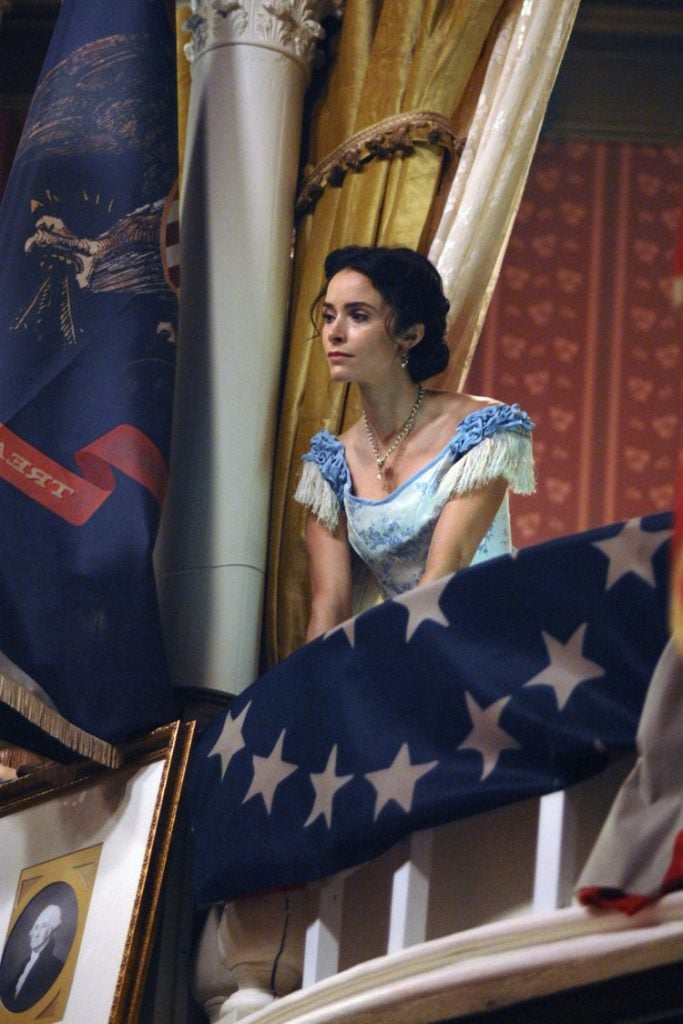 #3 Matt Lanter (Wyatt Logan): Lanter rose to prominence with his role in the teen drama series, 90210 and went on to work on many shows like CSI: Cyber, The Astronaut Wives Club, Star-Crossed and Ultimate Spider-Man. He has acted in movies such as Disaster Movie (2008), Vampires Suck (2010), The Roommate (2011) and Star Wars: The Force Awakens (2015). In 2016, he became a part of the Timeless cast as a U.S. Army Delta Force soldier, Master Sergeant Wyatt Logan, who is recruited by Homeland Security to act as a bodyguard for Lucy. 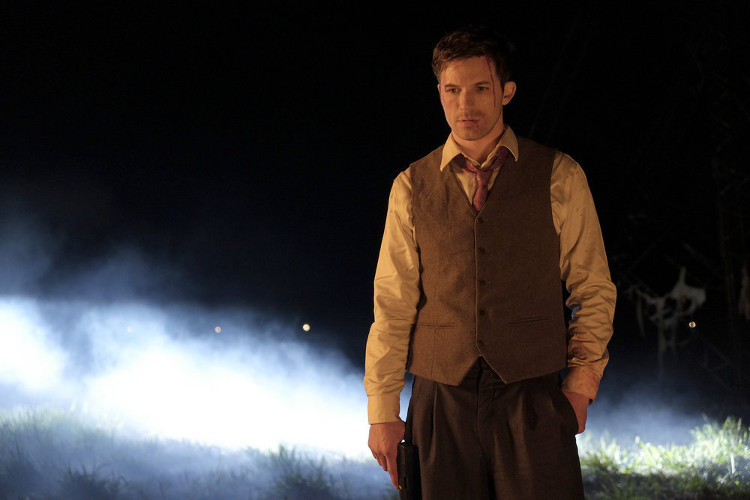 #4 Malcolm Barrett (Rufus Carlin): Carlin is a scientist and engineer who travels back in time with Wyatt and Lucy to stop Flynn’s evil and elaborate plans, using a prototype of the time machine. His motives are questionable, as he records Lucy and Wyatt during their trip for his boss. Barrett is a talented actor and does justice to this role. He has previously appeared in numerous TV shows like Monk, Psych, Better Off Ted, It’s Always Sunny in Philadelphia, The Sopranos and Law & Order. 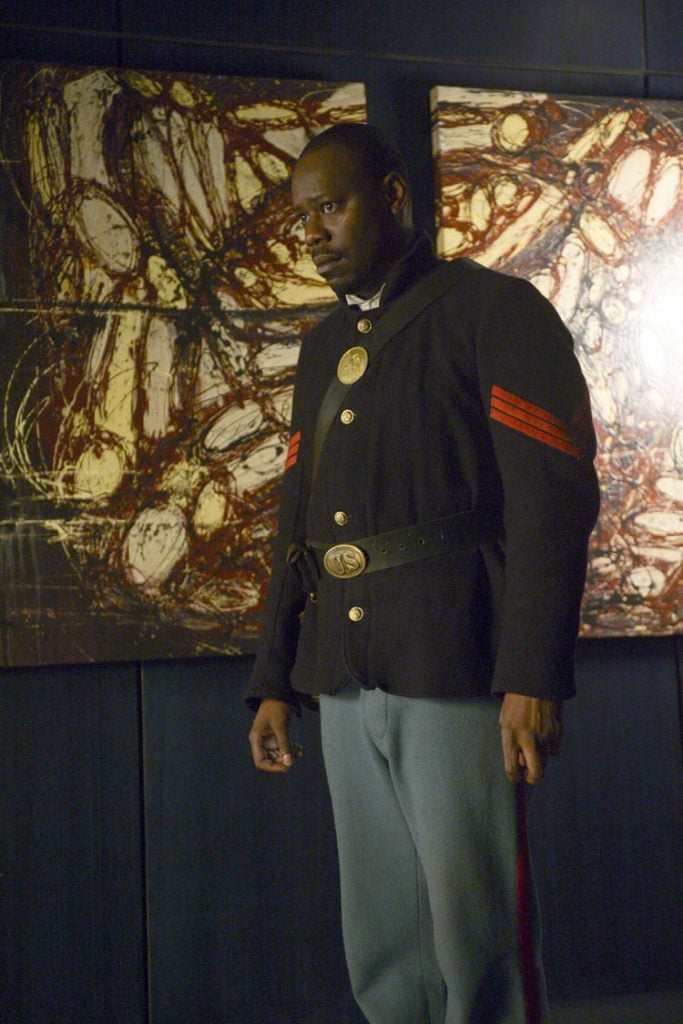 #5 Sakina Jaffrey (Denise Christopher): Agent Denise Christopher is a high-ranking and formidable government agent, who is in charge of the group consisting of Lucy, Wyatt, and Rufus, that travels back in time. She is a no-nonsense, tough-talking agent, who leads the time-travel rescue mission. The multifaceted Sakina Jaffrey has portrayed memorable roles in shows like House of Cards, The Mindy Project, Sex and the City, Blue Bloods, Girls, Blindspot, Madam Secretary and Mr. Robot. She has also appeared in movies like The Manchurian Candidate (2004), The Nanny Diaries (2007) and Definitely, Maybe (2008). 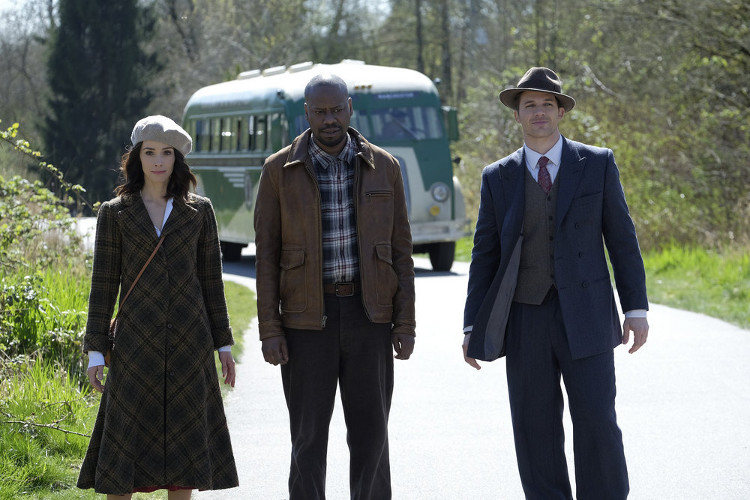 The Timeless cast also includes Paterson Joseph as Connor Mason, and guest stars like Claudia Doumit (Jiya) and Sean Maguire (Ian Fleming). If you’re wondering how to watch Timeless online, simply check out the official NBC website for more details on the Timeless live stream. Make sure you don’t miss any episodes of Timeless season 1 as it will air every Monday, 9:00 p.m. EST only on NBC!