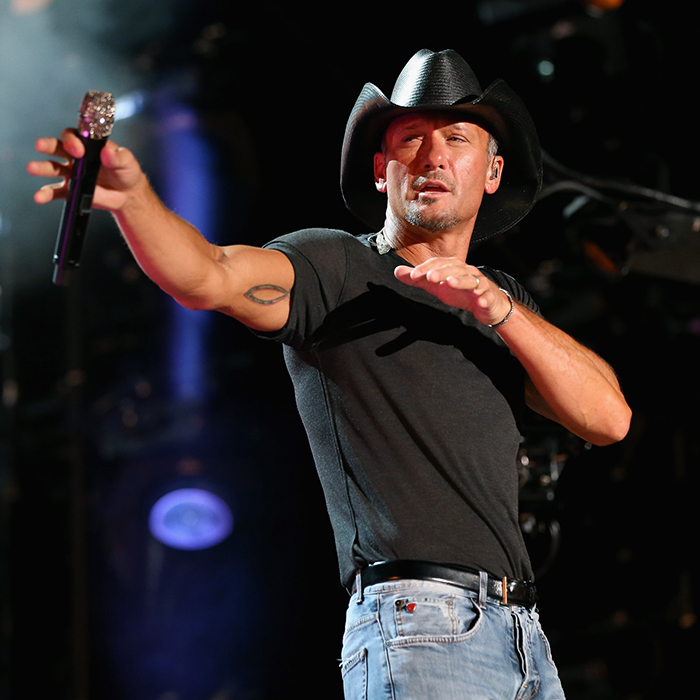 Have you ever seen the movie Elf? The 2003 film starring Will Ferrell has quickly become a holiday classic that is likely to stand the test of time (or is it Christmastime?). The film had something for everyone, except arguably fans of country music; after all, the genre doesn’t exactly fit in with the film’s North Pole/New York City setting. But now, thanks to country music sensation Tim McGraw and the magic of Photoshop, that problem has been solved! Well, sort of.

The guitar-slinging sensation posted an edited photo to his Twitter feed. And it’s surprisingly well done; you can’t even see the pixels! The edit features the original poster art for Elf, but with McGraw’s head replacing that of Will Ferrell’s, complete with a festive green cowboy hat! Even some of the elves have had their faces Photoshopped to look like McGraw’s band members.

"The best way to spread Christmas cheer, is singing loud for all to hear" pic.twitter.com/RYl07rTlFT

The included caption reads, “The best way to spread Christmas cheer, is singing loud for all to hear,” one of the most popular quotes from the movie, and an extremely poignant one at that—not to mention very appropriate coming from a Grammy-winning artist like Tim McGraw. It wouldn’t be surprising if Tim McGraw used this line in a future song; it’s not as if Christmas-themed country music songs don’t exist!

For those who haven’t yet seen the movie, the line is said by Will Ferrell’s character, Buddy the elf. And when the person he’s speaking to says she doesn’t sing, he replies that “it’s just like talking, except longer and louder, and you move your voice up and down.” Perhaps what McGraw meant to say was that he was encouraging more people to express joy through song during the holidays?

Unfortunately, the post didn’t receive as many likes and rewets than others, but the Scrooges didn’t stop others from appreciating the festive message! For instance, one fan wrote, “This is one elf that is way to handsome to put up on the shelf [sic],” while another commented, “You are just a little bit too tall to be an elf, but you make a great one!!!!” We’re inclined to agree!