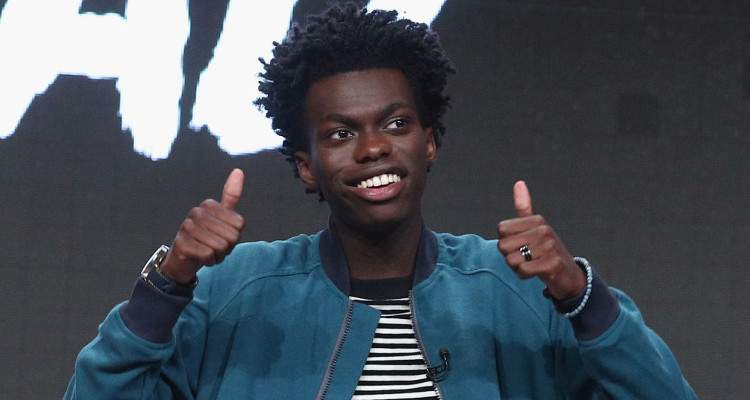 We are only three episodes in, but Fox’s new singing show, The Four is pulling out all the stops! This could be the singing competition we need right now, as the talent is on a level unlike we’ve ever seen before. Only the best earn a spot on The Four, but each week someone seems to get bumped by someone better. Last night, it was Tim Johnson Jr., The Four challenger who left the panel and the audience stunned; his silky vocals and groovy dance moves were so unexpected! He unseated Candice Boyd as he brought the house down with his magical rendition of “All I Want” by Kodaline.

With a star-studded panel of judges, Fergie as the gorgeous host, and some power-packed performances every week, The Four is ruling TV screens right now!

Week three of the singing competition had a big surprise in store, as the audience picked Tim Johnson Jr. over Candice Boyd to claim the final seat. He was the final competitor to close out the night, shocking everyone with what came next.

Tim Johnson Jr.’s age may be only 18, but this talented entertainer is making waves in show business!

Born on November 29, 1999, in Philadelphia, Pennsylvania, he learned to play many instruments from a young age, including piano, guitar, drums, and the guitalele (a guitar-ukulele hybrid).

On his website, he shared that he loved to act, sing, dance, and write songs and has been doing so since he was six years old!

Johnson Jr. started as a child model in New York City and attended an acting class for kids. At nine years old, he was accepted into the Girard Music Academic Program in Philadelphia.

He wasn’t able to attend the prestigious school, but life had bigger plans for him. Johnson Jr. was chosen to play the role of Young Simba in a Las Vegas theater production of Disney’s The Lion King!

The role took him to Las Vegas for two years. He later moved to Los Angeles to kickstart his acting career.

Johnson Jr. appeared on TV shows like Bella and the Bulldogs, where he played the role of Chauncy. He also starred in Kirby Buckets as Briefcase.

His big screen debut came in 2017, when he played Jordan in the comedy, Fist Fight. He also has two film roles lined up for 2018.

This gifted artist has a growing social media following, too. Tim Johnson Jr.’s Instagram account alone has over 31k followers. With his popularity on The Four, we are sure that number will rise in the weeks to come!

Johnson Jr. often takes to Instagram to post about his acting and music adventures. You will also see pictures of Tim Johnson Jr.’s parents and siblings, who are clearly his biggest supporters!

Claiming a Spot on The Four

After last night’s performance on The Four, we know why Tim Johnson Jr. was chosen to play Simba! With his smooth vocals and cool moves, he owned the stage, make him one of the leading contenders on last night’s show.

The judges were very impressed by his first song, “Let’s Stay Together” by Al Green with Meghan Trainor asking, “Tim, are you sure you’re 18?”

Trainor went on to shower glowing praises on Johnson Jr. saying, “Oh my God! You know when they say you can really feel music in your bones, in your body. I see it all over you.”

The other panelists echoed Trainor, sending the young singer to the next round. There, he chose to challenge the powerhouse, Candice Boyd for her seat as the exciting sing off began. And wouldn’t you know it? He gave an electrifying performance, complete with a perfect falsetto, to beat Candice Boyd and win the last seat on The Four!

With The Four, Tim Johnson Jr. has added one more amazing achievement to his already remarkable resumé. This young artist is unstoppable!