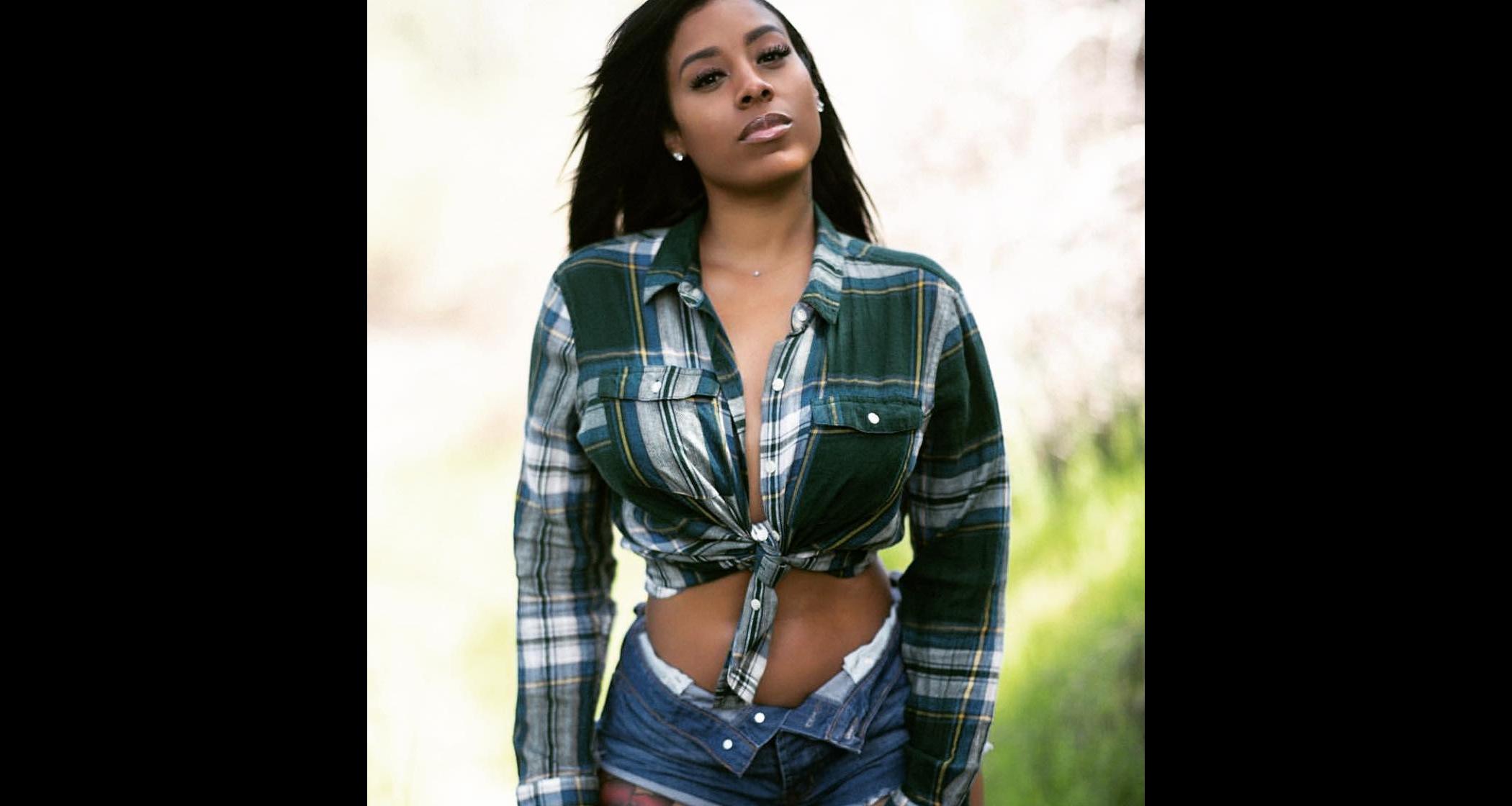 If you haven’t kept up with the dramatic quartet on the show, here’s a primer on Lil Fizz’s girlfriend Tiffany from Love & Hip Hop: Hollywood.

Who Is Tiffany Campbell from L&HHH?

Tiffany Campbell and AD Diggs have been a part of the supporting cast lineup of Love & Hip Hop: Hollywood since season 4, when Moniece Slaughter revealed she was dating AD.

Moniece and Lil Fizz share custody of their son, Kamron. She also dated former castmate, Rich Dollaz. She revealed she was bisexual and has been dating entrepreneur AD Diggs on and off.

But AD’s best friend Tiffany Campbell was not happy with their relationship. Tiffany and Moniece are constantly beefing on the show, and it even resulted in blows at one point.

Tiffany set up AD to make it look like she’s cheating on Moniece. AD and Moniece were in one of the off phases of their long relationship then. But that marked the end of AD’s friendship with Tiffany.

Since then, Tiffany has been shading her former best friend on Twitter.

She’s still part of the L&HHH cast and continues to drum up drama from her new relationship with Moniece’s ex, Lil Fizz.

Fuck a so called best friend! Bitch got sprinkled with a lil bit of fame and lost her mind! Guess u forgot I use to feed ur punk ass

The L&HHH rumor mill has been buzzing with Lil Fizz and Tiffany Campbell’s relationship since the start of 2018. And last night’s episode showed the moment AD learned they are dating.

Moniece’s current flame and her baby daddy are on great terms, and they work well co-parenting Kamron together. AD pays Fizz a social visit at his home, and while they are talking about Kamron, Tiffany makes an entrance.

Dressed in black lingerie, Tiffany greets her “ex bestie” and AD’s jaw dropped. Fizz is in panic mode since he knows the history among the three women.

In his confessional interview, he reveals he met Tiffany in 2017, when her beef with Moniece was at its peak. They hit it off and have been dating since then, despite all odds.

Fizz had been waiting for the right time to tell Moniece about his new girlfriend. But Tiffany beat him to it with her opportunistically-timed entrance.

As expected, AD and Tiffany have it out in Fizz’s living room. AD accuses Tiffany of always trying to get back at her and Moniece.

Like AD, a lot of L&HHH viewers are questioning Tiffany’s motive for dating Fizz.

Her Mom Is Happy with Their Relationship

AD and many social media users are now questioning Fizz. Out of all the women he could date, he had to go for Tiffany. But he claims that the “energy is just right” with Tiffany.

However, Tiff and Fizz couldn’t care less about the naysayers. Tiffany Campbell’s Instagram and other social media platforms indicate they are still together.

From the looks of it, Johnson is all for Tiffany and Fizz.

While Fizz is co-parenting seven-year-old Kamron with Moniece, Tiffany is a mom, too. She has a son named Caleb, whose pictures she has shared on Facebook. Caleb appears to be a football lover and plays the sport.

Tiffany Campbell used to be a stripper, but Lil Fizz’s girlfriend’s now a professional model. She’s also trying out acting and had a role in the 2017 short film, Like Fine Silk.