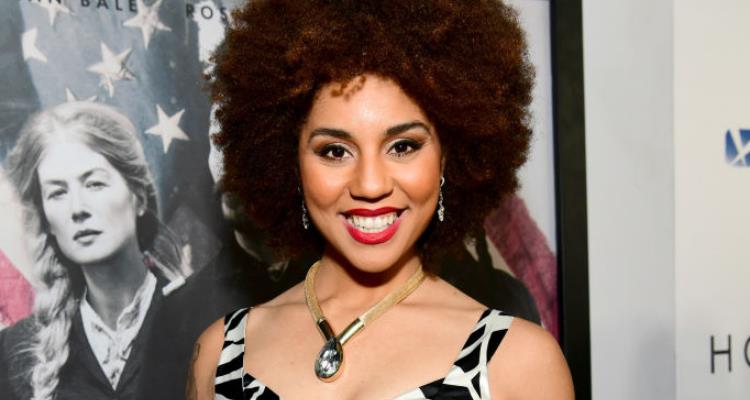 A Trump-supportive singer has accused one of the President’s former campaign managers of touching her behind after they posed together for a photograph. Now, many are looking to get more information on the singer and her life. For more about Joy Villa’s sexual assault claim, and facts about Joy Villa’s husband, keep on reading.

Villa recounted the incident saying, “I’m wearing this silver suit and stretchy pants, and after the photo, he smacks my a** really hard!” She described the event as “completely demeaning and shocking” and when she confronted Corey Lewandowski (saying that she would report him), she said he dismissed her threat and repeated the action. “He said, ‘Go ahead, I work in the private sector,’ then he smacks my a** again,” she said. According to reports, Lewandowski has not yet released a public admission or apology regarding the incident.

The news has caused people to dig for more information about Corey Lewandowski’s accuser, Joy Villa. Is she married or in a relationship? She is married to a talented writer and fine art photographer named Thorsten Von Overgaard. Thorsten Overgaard’s photography account on Instagram has over 15.2 thousand followers, and most of his images are in black and white of people, places, and objects.

According to his bio on his official website, “Thorsten von Overgaard is an award-winning Danish writer and photographer, specializing in portrait photography and documentary photography, known for writings about photography and as an educator.” Some of his e-books include Finding the Magic of Light, A Little Book on Photography, The Freedom of Photographic Expression, and Composition Photography. He also conducts workshops that have been spoken of in high regard by reviewers. In a short introduction to his workshops, Overgaard writes that 30% of his students are women, and 35% are students. The ages of attendees are ages 15-87, while the majority are within the 30-55 range. He is currently set to begin global workshops and master classes beginning in 2018 and continuing through 2020. Some of the cities he will be visiting include Hong Kong, Chicago, New York, Toronto, Montreal, Seoul, Jakarta, Los Angeles, Singapore, Austin, Sydney, Cuba, Moscow, Cape Town, Stockholm, Amsterdam, Venice, Barcelona, Paris, Vienna, and Milano.

Born Thorsten Overgaard Nielsen, the artist was born in Aarhus, Denmark on March 25, 1965. He married Joy Villa in 2016. During the years of 1983 and 1985, he worked as cultural editor of Blitz magazine, conducting interviews and featuring work from comic talents. On his website, he goes into detail about his work with comics:

“In 1985 Mogens [Gårdsmann, an old classmate] and I had finished our school and was about to finish our educations. He was a buildings painter, I was working on a timber mill. Both trades far from what we had expected in life. So, we talked about this and decided that we wanted a future that was fun, easy and prosperous. And as we couldn’t live of making comics, we decided advertising was it. So, in September 1985 we started ‘A-Z reklame’ [A-Z advertising] in the same cellar where the “Hjelm Påbudt” was, and added a darkroom in the building next door. After just three months Mogens confessed that he didn’t like the advertising business – it was too few drawings and too much business. In half an hour, we had decided that I would take over the company and he was free to leave.”

He’s a Bit of a Jack of All Trades

In addition to photography and comics work, Overgaard also founded a consulting company, worked as a CEO for an ad agency he co-founded, began touring to provide educational international photography workshops, and documented much of his work on e-books, and DVDs.

As for his thoughts on his wife’s alleged encounter of sexual assault against Corey Lewandowski, Overgaard has not made a statement. He is surely standing by his wife’s side, supporting her during this tumultuous time.