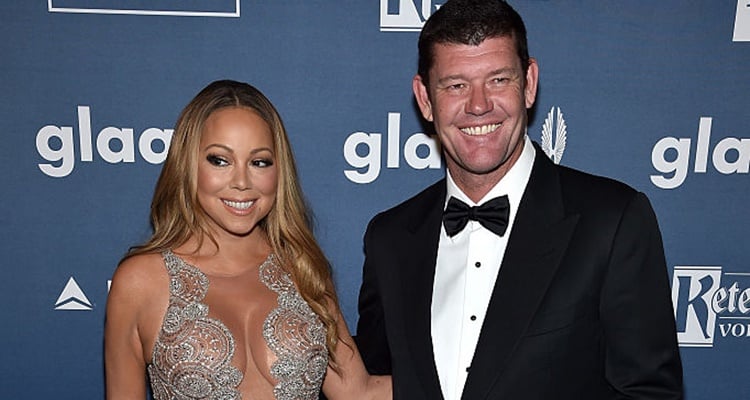 Things are over between 48-year-old billionaire James Packer and 46-year-old singer, Mariah Carey. It has been speculated that the reason behind their separation is Carey’s new reality show, and her extravagant spending.

Sometimes overspending can be the end to a relationship. This might be the case with Mariah Carey and ex-fiancé James Packer, as this is reportedly one of the reasons why the casino tycoon decided to call it quits. Many are wondering if and why James Packer decided to dump Mariah Carey, but at this point rumors are flying on all ends.

A close friend of the couple disclosed the news about their breakup, only saying that Carey and Packer are no longer together. Mariah Carey’s representative told Entertainment Tonight that “Mariah and James had a fight in Greece and have not seen each other since.” Some sources claim that Carey had a small rendezvous of sorts with one of her backup dancers during her Las Vegas show, but Carey’s rep squashed that rumor, too. It “was not because of any cheating allegations or excessive spending by Mariah,” she said.

Other rumors regarding the reason behind their breakup surround Mariah Carey’s upcoming reality show. Apparently, Packer has always been a little apprehensive about the show. A source close to Parker told Us Weekly that Mariah’s life in the spotlight was too much for James. He did not like the fact that his fiancée was ready to expose their lives to the world. The pair were engaged in January 2016, not too long after they began dating. It has been reported that Packer has allowed Carey to keep her $10.0 million diamond engagement ring.

Apparently, Carey became extremely close to backup dancer and choreographer, Bryan Tanaka, while she was having a difficult time with Packer. It has been said that Packer has not been “present” for Carey for a long time.

Other sources claim that she and Parker had made the mutual decision to end their relationship —not that Parker dumped her. Many media outlets are claiming that it is due to Parker’s changed behavior that Carey decided to part ways with him.

According to E! News, a source close to the couple said, “James is not in a mentally healthy place right now. Unfortunately, his absence and behavior was not a good situation for her, so she had to leave him.”

We still have no confirmation as to whether Mariah Carey cheated on James Packer, or if he had been acting strangely towards her. This is still a developing story, with multiple reports being sent from representatives of both parties.