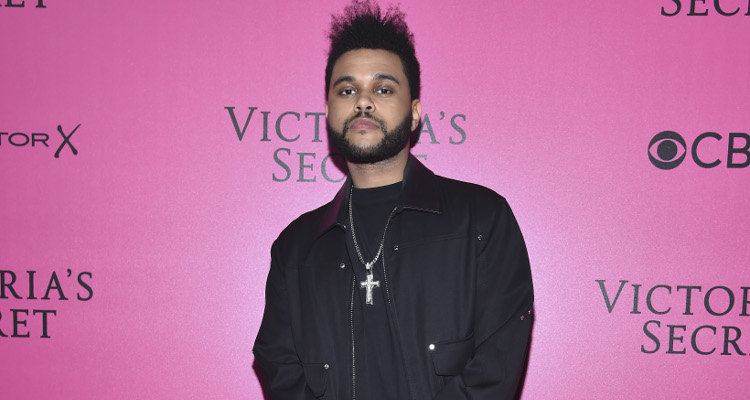 Abęl Makkonen Tesfaye, known to most as The Weeknd, has been having a phenomenal year; at least as far as his music career is concerned. But putting fame and fortune aside, the singer just got to experience something that most straight men would kill for—being the only man surrounded by a bevy of gorgeous, lingerie-clad models.

The Weeknd just shared a picture on Instagram and Twitter of him standing casually in the middle of a big group shot of Victoria’s Secret models, along with Selena Gomez. Judging by the blank look on his face, the singer is either completely awestruck or not at all phased by what’s going on around him. He simply captioned the picture, “VS.” After all, no explanation is really needed for this one.

The picture instantly caught the attention of his fans—over 190,000 have already liked it on Facebook and Instagram combined. It’s also been retweeted more than 19,900 times and it’s racked up thousands of comments on Instagram.

The Weeknd found himself surrounded by Angels after kicking off this year’s Victoria’s Secret Fashion Show, where he performed two of his biggest hits, “In the Night” and “Can’t Feel My Face.”

Despite being the man of the hour, the one lady he probably wanted there most—his girlfriend, Bella Hadid—was reportedly absent, even though her older sister, Gigi Hadid, made her Victoria’s Secret debut in this year’s show.

Her absence might have something to do with the rumors that surfaced earlier this week about Bella cheating on The Weeknd with her ex, Matt Morton. However, an insider told Page Six that the two are just friends and, besides him being at her birthday party back in October, the former couple hasn’t hung out in at least six months.