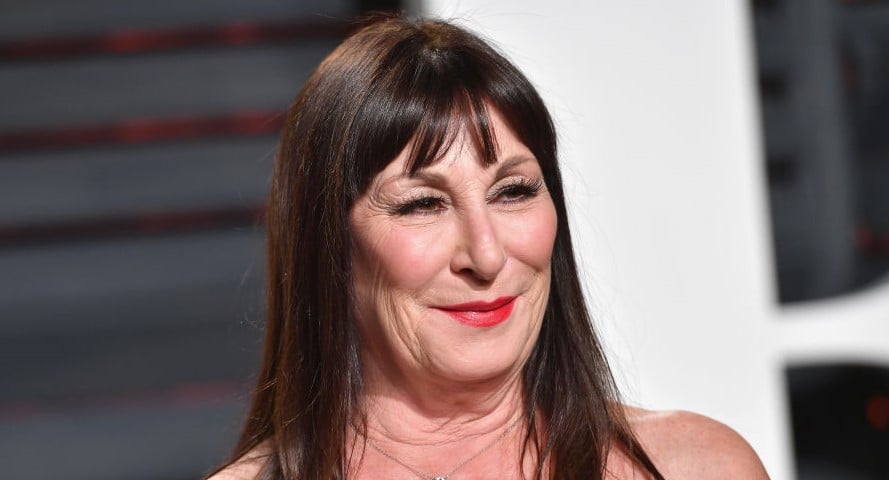 The Watcher in the Woods Lifetime movie is the latest film to make big waves for the prolific television network. Directed by Melissa Joan Hart and starring legendary Hollywood actress, Anjelica Huston—both of whom aren’t strangers to playing famous supernatural characters in their own rights—it’s clear that this remake of the 1980 Disney cult classic is sure to attract a whole new generation of horror movie fans. Since the premiere date is coming up soon, it’s time to meet the The Watcher in the Woods cast.

Melissa Joan Hart has partnered with her mother, Paula Hart, to revamp and direct this 1980 Disney cult classic horror flick, which originally starred Hollywood heavyweights Bette Davis as the mysterious Mrs. Alywood and Carroll Baker as her new neighbour, Helen Curtis. We know it’s hard to believe that Disney was behind such a terrifying horror movie, but it’s true—in an attempt to attract a wider range audience and tap into the young adult demographic, Disney went through a dark and rebellious phase in the late 1970s and early 1980s. Initially, the original film didn’t pan out too well for them, as production was a disaster and the film was prematurely released to receive negative critical reception. Disney was eventually forced to pull the movie out of theaters, rework the ending and final cut, and then re-released it the following year. It took approximately 10 years for fans to start to appreciate the artistry of the retouched version of the movie, and it has since reached cult classic status among movie horror fans the world over. The 2017 version of The Watcher in the Woods features a primarily young up-and-coming cast. Hollywood royalty and legendary actress, Anjelica Huston, who famously played the Grand High Witch in the 1990 movie, The Witches, has also joined the ranks of talented performers participating in this project. Keep reading to learn all about the illustrious and extremely talented cast of The Watcher in the Woods (2017).

Both film renditions of The Watcher in the Woods are loosely based off of the 1976 novel by author Florence Engell Randall, who also served as a script writer for the original film adaptation. This creepy story has haunted a generation of film goers and based on the most recent The Watcher in the Woods trailer, it’s arguable that the 2017 version could potentially be even scarier than the original! You can watch both trailers below to draw your own comparisons!

What is The Watcher in the Woods About?

The Watcher in the Woods is the story of an American family who relocate with their two young daughters, Jan and Ellie Carstair to a remote small town buried deep within a dark and mysterious English countryside. The story goes, a young woman named Karen Alywood vanished into thin air there more than 20 years prior to the timeline in which the story takes place. Mrs. Alywood, the keeper of the Alywood manor (in which the family is residing), quickly realizes that Jan bares a striking resemblance to her daughter, Karen, and warns Jan not to venture into the woods. Jan and Ellie eventually start seeing things and hearing voices that lure them into the woods. Terror reigns on the two sisters as they delve deeper into the mysterious circumstances surrounding Karen’s disappearance.

It’s time to meet the diverse cast of The Watcher in the Woods (2017)!

The surname ‘Huston’ has certainly garnered a great deal of respect in Hollywood over the past eight decades and it obviously started long before Anjelica Huston was born on July 8, 1961. Her grandfather, Walter Huston, was a famous Hollywood actor and singer from the 1930s to the 1950s. On top of that, her father, John Huston, was a renowned Hollywood director throughout the 1950s, until his death in 1987. Anjelica has also managed to achieve superstar levels of success in her own right, having starred in a plethora of high profile movies including The Addams Family (1990), The Addams Family Values (1993), The Royal Tenanbaums (2001), and many more. In the beginning of her career, Anjelica was considered a classic beauty and garnered a great deal of modeling work and small film roles. That is, until she decided to take acting more seriously, which proved to be an excellent career choice for her.

Tallulah is a young British actor who currently lives in London, England. She’s mostly known for her small film roles, including Davina Nuttell in Molly Moon’s World (2009), Jess Proudfoot in Son of Rambow (2007), and the little girl at the photo book in Penelope (2006), starring Christina Ricci. The latter role was her first ever acting experience and she’s been in love with the art of filmmaking ever since.

Dixie Egerickx is another prominent burgeoning young actor, who’s already acquired numerous film and television credits over the span of her short acting career. She played young Sarah in the 2016 TV movie, Churchill’s Secret and she also played Alice Edwards in the TV series about Albert Einstein entitled, Genius. With a total of eight credits to her name including two upcoming projects to be released in 2018, it’s easy to see that Dixie has a bright future in the entertainment industry.

Unfortunately, there’s not much to say about Steven Elliot as he only has three prior acting credits to his name: Hidden (2015), Bloodborne (2015), and National Theatre Live: Frankenstein (2011). Since he plays the most mysterious and terrifying character in The Watcher in the Woods, it’s probably safe to assume that producers wanted to keep as much information about him off the Internet until after the Lifetime premiere of the movie.