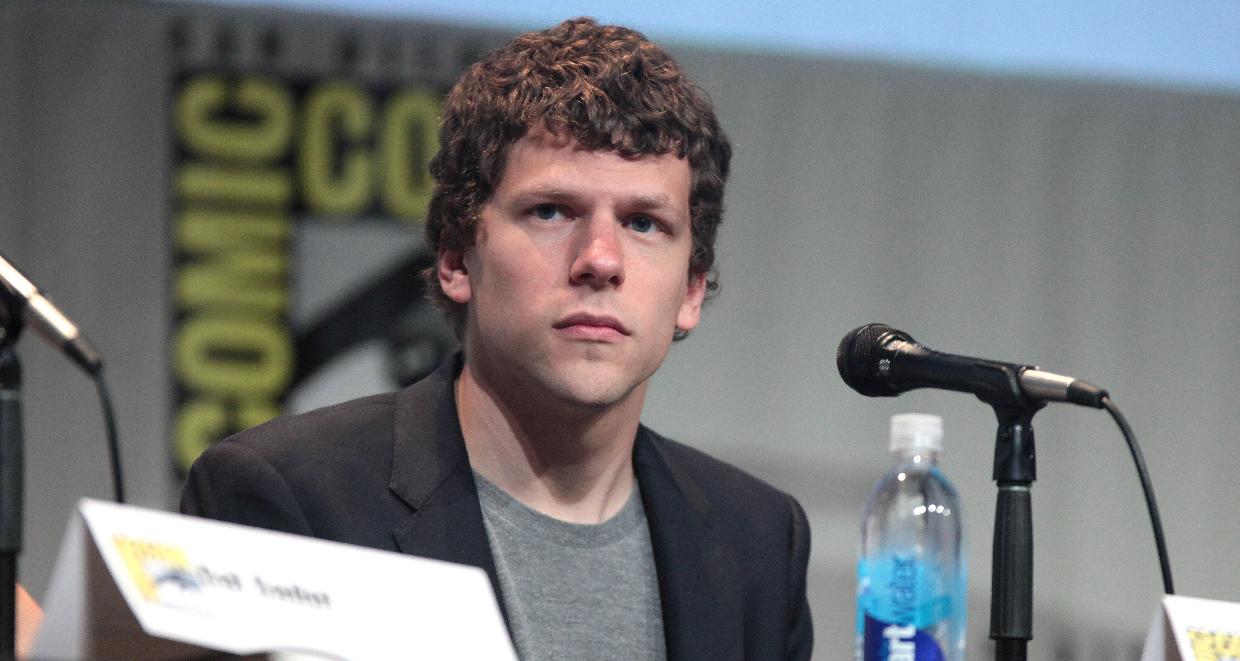 On March 25, comic book fans will see Jesse Eisenberg play a different version of Superman’s archnemesis Lex Luthor than they may be used to in Batman v Superman: Dawn of Justice. Describing his version of Luthor as one with, “a core of reality,” “a back story that’s tragic,” and “a real emotional core,” Eisenberg has received a lot of flak for not looking or acting like the Luthor that’s appeared in numerous comics, other films, TV shows, and video games. While we won’t know until the film’s release if this version of Luthor comes to be like the “traditional” one mentally, we do know Eisenberg will match him physically; Luthor will be bald by the film’s end.

While Lex Luthor is certainly one of Jesse Eisenberg’s most prolific roles yet, it’s certainly not his first. Here are the top 10 Jesse Eisenberg movies ahead of his appearance in Batman v Superman: Dawn of Justice.

Roger Dodger: Eisenberg’s first leading role came in this 2002 comedic drama, where he played a teen who sought help from his uncle in losing his virginity. Critically liked but not a big moneymaker, Eisenberg was highly praised for his performance, which served to help propel him towards larger roles.

The Emperor’s Club: His follow-up to Roger Dodger, this movie received mixed reviews, but was important to Eisenberg’s development. In it, he played Louis Masoudi, a freshman at a prestigious prep school who finds inspiration from his teacher.

Adventureland: For a while, starring in comedy-dramas appeared to be Eisenberg’s niche. In this 2009 film, he starred alongside the likes of Kristen Stewart and Ryan Reynolds as a recent college grad who takes a part-time job at a theme park. The film received a very moderate response from critics and audiences alike.

Zombieland: Similar to Adventureland in both themes and name, Jesse Eisenberg again plays a luckless guy trying to win the affection of a girl, played here by Emma Stone, only this time he’s doing it in the midst of the zombie apocalypse. The film debuted at number one at the box office and the ensemble cast was nominated for several awards.

The Squid and the Whale: This 2005 arthouse film featured Eisenberg as a teen dealing with his parents’ separation. While not billed as the lead role (that’d be Jeff Daniels), Eisenberg’s character’s problems dealing with the change and growing into his own person serves as the crux of the film.

Rio: Notable for being Jesse Eisenberg’s first foray into voice acting, he again played the lead role: a Spix’s macaw—that’s a type of bird—named Blu. Eisenberg recorded his lines on weekends during the filming of The Social Network, saying it was the perfect escape from the negativity that came from adapting Mark Zuckerberg’s mindset.

The Village: A 2004 movie from M. Night Shyamalan, Eisenberg’s role was very minor, playing a titular village resident who spent the entire film terrified of the supposed monsters in the woods. However, the movie was a critical success and he did have a scene where his character showed some bravery, so that has to count for something, right?

Now You See Me: Jesse Eisenberg plays a magician who doubles as a modern Robin Hood, leading a group that uses their tricks and talents to rob the corrupt and give the money to the audience. The sequel, Now You See Me 2, is scheduled to be in theaters this June and will be the first movie to feature the actor following Batman v Superman: Dawn of Justice.

American Ultra: The most recent movie on this list, Eisenberg plays a stoner who learns he’s the sole survivor of an experimental program that has imbued him with superpowers. Coincidentally, he once again plays the love interest of Kristen Stewart, though this time they’re in a relationship already and he’s planning to propose to her.