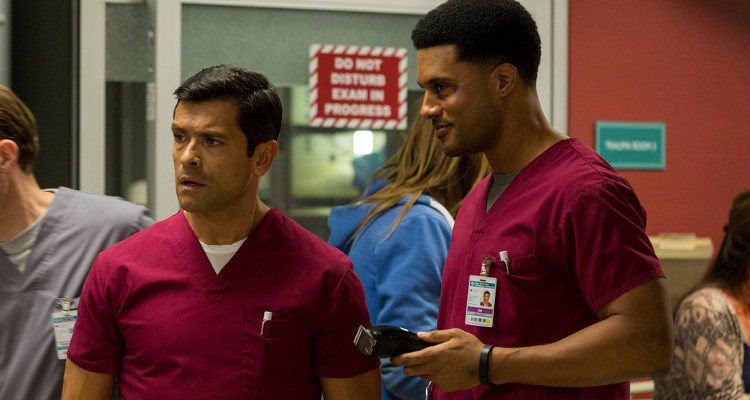 The Night Shift Season 4 premieres tonight (June 22). Last season left us unsure about the future of one of the doctors at San Antonio Memorial Hospital. The new season will take off from when last season ended. It’s goodbye for one doctor and a new face is here for The Night Shift. Find out the cast of The Night Shift 2017 right here.

At the end of Season 3 of The Night Shift, the doctors working the overnight shift at San Antonio Memorial Hospital learn that one of their colleagues has been fired. Dr. Christopher “Topher” Zia, played by Ken Leung, was the head of the ER. But in Season 3 finale, he is fired by the new ER owner, Dr. James Cummings (James McDaniel), for being too willing to give high-priced treatments to people who can’t pay.

Leung, who had been on the show since its inception, was offered to renew his contract. But he reportedly chose not to and left the show in order to pursue other opportunities. The Lost alum recently signed with ABC to play Karnak in Marvel’s Inhuman.

There’s a New Doctor in Town

Season 4 will begin with the doctors mulling over Topher’s firing. But not for long. A sneak peek of tonight’s season premiere shows that the doctors are in for some thrilling action. Eoin Macken, Jill Flint, Brendan Fehr, Robert Bailey Jr., JR Lemon, Tanaya Beatty, and Scott Wolf return in their respective roles to the overnight shift in the ER.

Jordan Alexander (Jill Flint) and Drew Alister (Brenden Fehr) jump off a helicopter and right into a wildfire for a rescue. Jordan is also the one negotiating with Dr. James Cummings, who bought the ER, to bring back her old team. Elsewhere, TC (Eoin Macken) is seen beaten and bloody in Syria where he is forced to treat his captor while he’s still looking for Syd (Jennifer Beals). There’s never a dull moment with these doctors!

This season will welcome a new helping hand to the ER: Cain Diaz played by Mark Consuelos. With the baseball drama Pitch canceled by Fox, Consuelos is now clear for The Night Shift and Riverdale. Cain is described as “a highly confident and aggressive nurse who emigrated to the United States from Mexico.” He doesn’t exactly get a welcoming party and instead gets into a disagreement with Dr. Kenny (JR Lemon).

All this happens in the first episode of Season 4. If you can’t wait, take a look at the first two minutes of The Night Shift season 4 below.