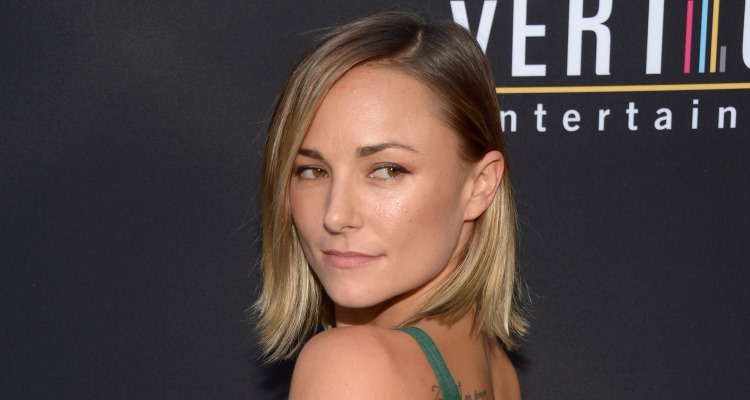 Netflix and HBO have been getting all the attention for new television series and movies, but Lifetime’s new movie, The Good Nanny, is 2017’s latest and it debuts on May 14. If you’re a fan of suspenseful worst-case-scenario family situations, you won’t want to miss The Good Nanny Lifetime movie. Here’s what you need to know about cast of the new flick!

LMN’s The Good Nanny is about a strong-willed woman named Summer Pratt, who is hired at a beautiful estate as the new nanny to a sweet but sad little girl named Sophie. Summer soon begins to suspect something is ominously wrong with the gorgeous, wealthy couple, who call themselves Sophie’s parents. If that doesn’t send chills up your spine, watch the movie for yourself! Further plot details seem to be a mystery so far, but we’ve dug up some information about The Good Nanny Cast!

A familiar face to dance-lovers, Briana Evigan is an actress known for her role in Step Up 2: The Streets (2008). She also danced in Step Up All In (2014), and Sorority Row (2009). Born October 23, 1986 in Los Angeles, CA, Evigan trained under choreography and reality TV celebrity, Shane Sparks in preparation for her roles in Step Up. She also appeared in the music videos for “Numb” by Linkin Park, and “Push” by Enrique Iglesias. Her ancestry includes Polish, Italian and English, and she was the co-founder/singer/keyboardist of the pop rock band, Moorish Idol.

Hope you're all having an amazing Tuesday! If you missed the last 2 fitness videos check them out on my page and get ready for new content coming soon!!! Im ready for beach time again! #fitnessmotivation #inspiredbyyou #letsdothis #brianatellsall ❤️❤️❤️

Ellen Hollman, who plays Sophia’s mother on The Good Nanny, is known for her roles in Spartacus: War of the Damned (2010), Into the Badlands (2015), and NCIS (2003). She was born in Michigan, and raised by her father Hart Hollman, a professional violist, and her mother Julie, a master pianist. Growing up among the Arts led her to pursuing a career in New York City as an actress.

Actor Peter Porte plays Sophie’s father and is well known for his role in the soap opera, The Young and the Restless. He also starred in the sitcom, Baby Daddy. According to his IMDB profile, Porte made most of his career working in short films and one-time roles on various TV series such as Medium, CSI: Miami, Cold Case, Parks and Recreation, The New Normal, Devious Maids, and NCIS: Los Angeles.

The adorable Sophie Guest plays Sophie Walsh in The Good Nanny, but she’s not the same little girl you saw if you watched Jack Reacher (2012), and Draft Day (2014). The little blonde cutie is growing up and will be taking on a big role in the upcoming movie. Watch her demo reel here to see her previous roles!

Make sure you tune in to Lifetime tonight at 8 p.m. EST to catch The Good Nanny! What better way to spend Mother’s Day, right?