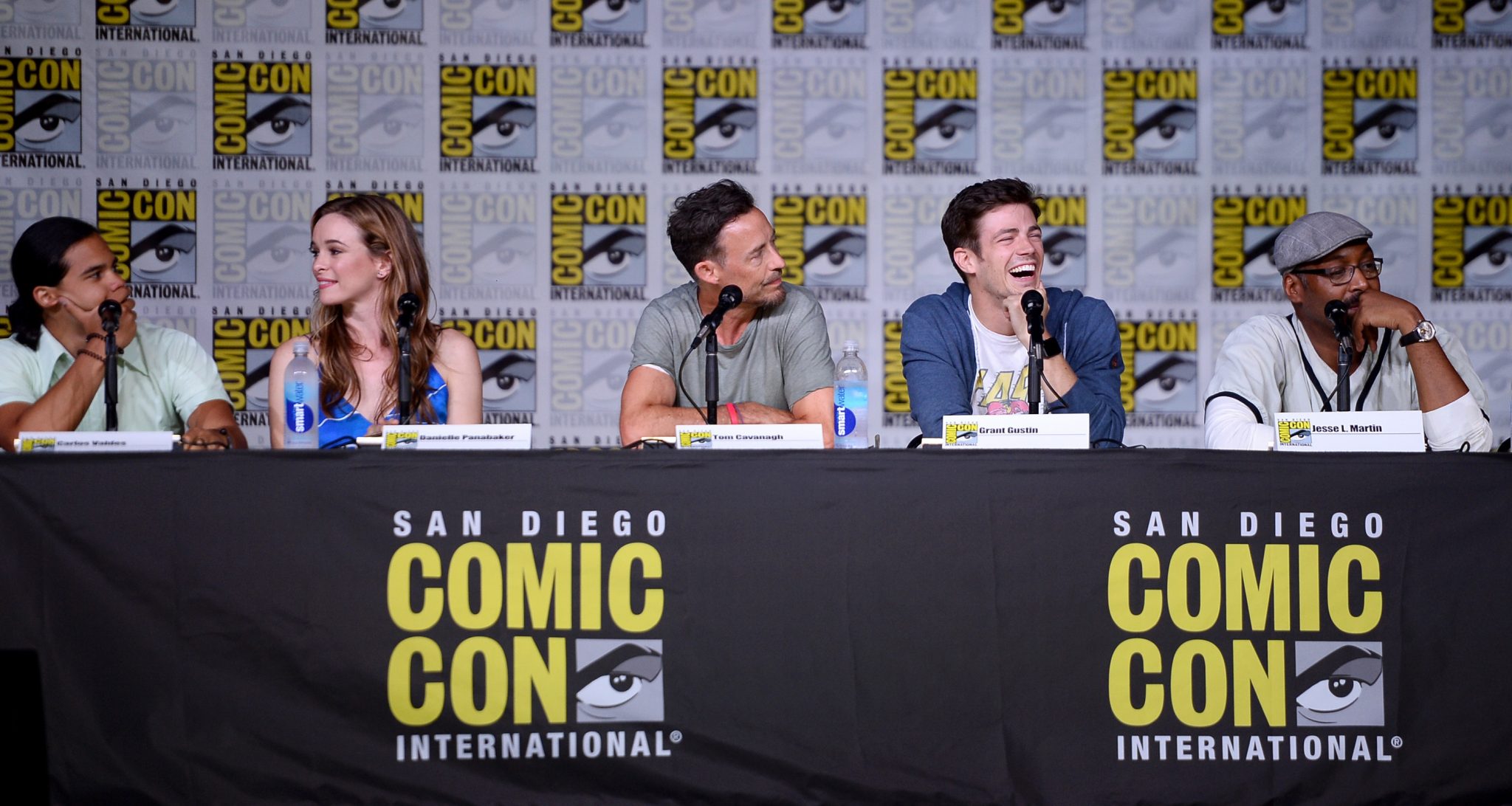 We just can’t get enough superheroes! DC Comics and CW’s popular live action comic book recreation, The Flash is returning to our TV screens tonight! With such a critical ending in season 2, we’re left wondering if we will we see some new characters in season 3. If you have hit the Internet at superhuman speed looking for information on the cast of The Flash season 3, your wait ends here! We have all the information about the new characters, villains, and speedsters joining the ensemble cast of The Flash.

Gustin is back as the superhuman speeding hero, Flash. Under the Flash persona is forensic investigator, Barry Allen. Barry acquires superhuman speed when he’s caught in an explosion at S.T.A.R. Labs (a fictional laboratory in the DC universe) and is struck by lightning. In the season 2 finale, Barry travels back to the past to save his mother from getting murdered, but his meddling with time could have major consequences. The first episode of season 3 is titled “Flashpoint.” It’s a reference to the comic book story line, where Flash also travels back in time to save his mother and sets off a chain of reaction that almost ends the present world! The TV show might not directly imitate the actual comic book storyline, however. The show’s executive producer, Aaron Helbing told TVGuide.com, “there will still be certain homages and certain odes, but I don’t feel like we’re beholden to the comic book. It’s so massive in scope, you can’t do it.”

Barry faces a new reality when #TheFlash premieres Tuesday, October 4 at 8/7c on The CW! pic.twitter.com/reXWqdfr14

Patton plays Barry’s best friend, Iris West. The reporter is Barry’s love interest but she dates another man while Barry is in a coma after the explosion. When Barry confesses his feelings to her, she can’t decide between him and Eddie. She feels betrayed by Barry when she discovers that he’s The Flash. However, Eddie eventually dies trying to save Barry, and after a brief emotional struggle, Iris moves on and considers a relationship with Barry.

Caitlin Snow, the medical support on Barry’s team is still dealing with the loss of her fiance, Ronnie, who died with Eddie. In Earth-2, she’s the villain, Killer Frost. The traveling between different dimensions of Earth and Zoom’s manipulation last season leaves her emotionally unstable and close to going insane.

Wally West aka Kid Flash is back this season! He has a brotherly bond with Barry, even though he doesn’t know he’s The Flash. After turning into a metahuman last season, Kid Flash will join Barry in his super fast exploits.

See Keiynan Lonsdale as Kid Flash on the season premiere of #TheFlash, Tuesday at 8/7c! pic.twitter.com/7oUwIw5vp7

The Flash season 3 has two confirmed villains. Dr. Alchemy, from the original DC comic will be voiced by Tobin Bell. If you remember Bell as John Kramer of the Saw series, be very afraid. Dr. Alchemy is your run-off-the-mill mad scientist with multiple personality disorder. He gets possession of The Philosopher’s Stone, which allows him to change elements entirely and even turn them into weapons. But a mad scientist who can’t keep up with his own multiple personalities can’t keep up with the metahuman Flash, either. So, he enlists another speedster. Savitar is another speedster who rivals Flash this season. He developed his superhuman powers, but wants more. The official casting of Savitar hasn’t been announced, but Helbing said the duo will prove to be very tough for Flash.

There is one new character being introduced on The Flash that many are very excited about. Tom Felton of the Harry Potter franchise (better know as Draco Malfoy) will join the season 3 cast as Julian Dorn. He’s another forensic investigator like Barry and is a new recruit on Barry’s team. But Dorn is sharper than he looks and is already suspicious that Barry has a secret (like a super-speeding alter-ego) that he’s hiding behind that nice-guy persona. Not much is known about Felton’s character, but it’s always great to see Draco Malfoy! There will also be a few other new characters joining the cast for brief stints as villains this season, as well.

The Flash season 3 premieres tonight, October 4 at 8:00 p.m. on CW. Tune into CW to watch or check out the network’s web site for full episodes.

Everything in Barry’s world has changed to become…Flashpoint. #TheFlash premieres Tuesday, October 4 on The CW.https://t.co/GW6rbebXQG