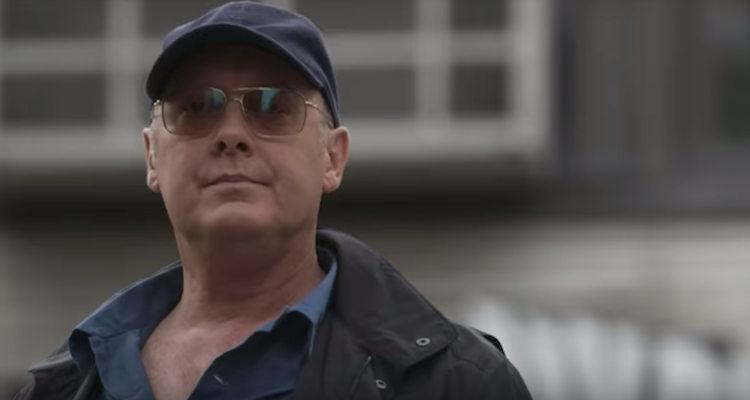 Fans of The Blacklist have been in a state of constant distress since the big reveal about Red and Liz. And the anticipation about how the situation will play out is at an all-time high as the premiere is imminent.

Now that Liz (Megan Boone) knows that Red (James Spader) is her father, what does that mean for her character? The FBI agent will undoubtedly be terrified about what it means for her instinctive nature, especially since she had to go on the run for murder a couple of seasons ago.

Will this revelation push her over the edge and lead her to believe she can be evil? But Liz’s new-found paternal figure may not be all bad. After all, she’s always wanted that familial support, right?

Executive producer Joe Bokenkamp said that The Blacklist season 5 will pick up right from where season 4 left off, so audiences will get to see everything play out in real-time on the show. We think it’s safe to assume that there will be some pretty immediate blowback to the news coming out, so this was definitely good news for us fans.

In an interview with Entertainment Weekly, Bokenkamp gave fans some insight on how Liz is dealing with the news and what she’ll be struggling with for most of the season. “He [Red] told her in the pilot, ‘Think like a criminal. It may come easier to you than you think,’ and we’ve seen aspects of that. She murdered the Attorney General and has been on the run in the past. And so, I think she’s going to plant her flag early on that she’s a cop first and that is probably going to be a season-long struggle for her.”

Whether Liz becomes a different character or goes through a kind of metamorphosis because of this, is anyone’s guess. Also, Liz and Red won’t be the only ones affected by the news—the team should brace for impact as well.

On the topic of the resounding effects of Liz’s DNA, Bokenkamp told Entertainment Weekly, “Cooper first and foremost is going to be saddled with what to do with that. He, if you remember, is the one who instigated the truth coming out by collecting this 30-year-old DNA sample. He is now faced with, ‘What do I tell the higher ups and what happens to the task force?’ But, as we all know, Cooper is a by-the-book type of character, so the rest of the team will definitely have to deal with the reveal of Liz’s parentage, too.”

The One Cast Out

While we’re excited to see what will happen with Liz’s character development this season, there’s one thing we’re less than amped about. Julian Gale, played by Enrique Murciano, won’t be returning for the show’s fifth season. While we knew that this somewhat of a wild card FBI investigator was only brought to the series with a possibility of becoming a regular, our hopes were high that we’d be seeing him again. Even though season 5 of The Blacklist will be missing a little something, we still can’t wait to see what the story line brings.

Tune into NBC on Wednesday, September 27, at 8 p.m. EST/7 p.m. CST to watch the premiere of The Blacklist.