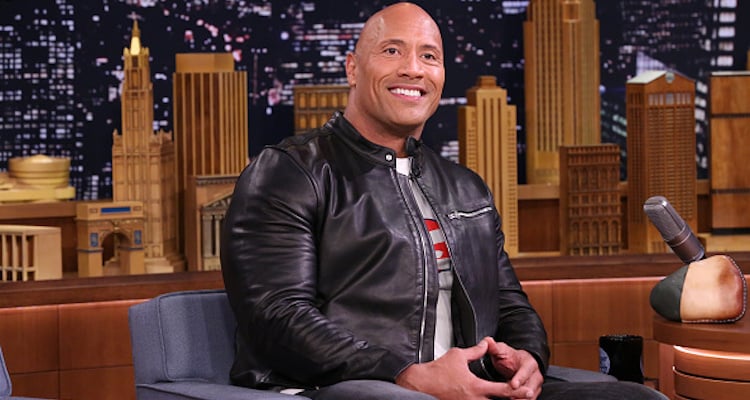 Dwayne Johnson, known as “The Rock” to the wrestling world, went into reminiscing mode when he posted an old photo of himself with his WWE championship belt. The 43-year-old was in the mood for a “Throwback Thursday,” as he wrote along with the photo, “TBT 2011-2013. An awesome time for me to be able to go back to the WWE Universe, have a blast with fans and ‘give back’ to the business that I got my start in.” He went on to describe how in the “crazy and fascinating world” of wrestling, probably the most important honor he could receive, was “not only becoming 9x WWE Heavyweight Champion, but more importantly, losing the title in what we call ‘doing the honors.'”

He also called the time he passed the torch and got beat in the ring, “The greatest show of respect” he could give to his former business and its champions who ultimately were the ones to pave the way for his and the current superstars’ success. Finally, in his closing lines, Johnson explained the reason he was happy to lose, writing, “I know ‘getting beat for the title’ is a crazy concept to embrace… but in a crazy culture, it meant the world to me.” The wrestler-turned-actor’s fans were probably missing The Brahma Bull in action, as the post got about 250,000 likes in two hours. One follower even wrote, “But you are, no matter what, the most electrifying man in sports entertainment.”

In other surprising news, Johnson recently spoke to Oprah Winfrey about the most difficult stage in his life—depression. The San Andreas actor confessed that when he was asked to return to a team he was removed from, he denied, and with the reluctant support of his father, went on to make a career in wrestling. Johnson also gave some seriously sound advice to his fans, telling them to open up about their sufferings: “I wish I did. You’re never alone. Speak up.”