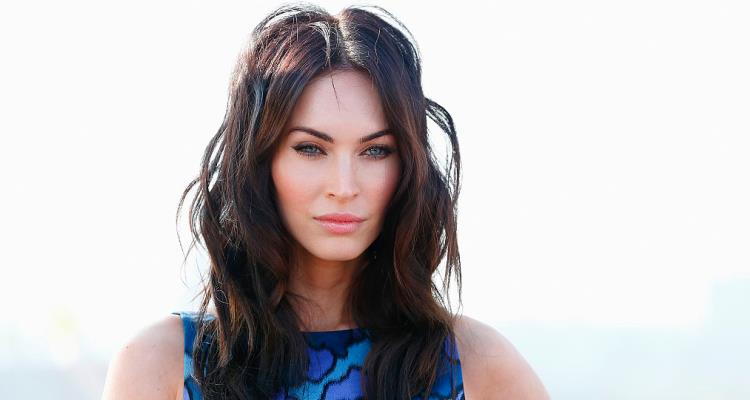 Considered one of Hollywood’s biggest babes, Megan Fox is still making headlines. The raven-haired beauty recently spoke with a famous psychic, and how people are back to hunting for sexy pics of the actress. What did the psychic say? What does Fox look like now? Here’s the scoop!

Megan Fox recently got a reading from television medium, Tyler Henry. She appeared on an episode of Hollywood Medium with Tyler Henry and was surprised his reading was about her mother. According to Henry, her mother is in a state of transition, possibly preparing herself for a move to a new location, and out of her dependence.

He predicted that the years ahead would be the best ones of her life, as she seeks independence and goes after her own dreams. Fox was pleased with the reading, and appeared uplifted by his words.

There’s more to tell about this beautiful actress, and we’ve got the hot pics of Megan Fox you need to see! In case you have forgotten, she became known for her beauty and it wasn’t long until she became a household name. Her Instagram account (@the_native_tiger) is full of close ups of her lush lips and blue eyes, not to mention the many lingerie and bikini pics she loves to post, too! Here are some fun facts about the actress, plus some of her most gorgeous shots.

Fox was born in Tennessee to English parents, though she also has some European ancestry in her, as well. Fox says that she had a very strict upbringing and was not allowed to have boyfriends. She stayed with her mother initially and then moved out to live on her own when she was financially independent.

Fox started modeling at an young age and after saving enough money, she moved to Los Angeles, California. Contrary to her image today, Fox was very unpopular at school. She claims she was constantly bullied for being different.

She preferred the company of boys and people hated her for this reason. She did not believe in formal education and quit school the first opportunity she got. If only those bullies could see her now!

Fox began her career working in TV and commercials, but it wasn’t long before Hollywood came knocking on her door. She made her film debut in Confessions of a Teenage Drama Queen and grabbed the attention of many producers. But it was her role in Transformers that really rose her to fame, as the movie blasted its way to box office success. She reprised her role later in its sequel.

Fox tried to break away from her sex symbol image by doing some small offbeat films that would put her acting skills to the test. She played the lead in Jennifer’s Body and acted in films like Jonah Hex and Passion Play. Unfortunately, the move didn’t work and Fox went back to playing the sexpot in the reboot of Teenage Mutant Ninja Turtles.

It’s an unfortunate story of typecasting for Fox, but one thing can be sure: she has been called the first sex symbol of the 21st century and she is at the top of everyone’s hottest females list! Check out the pics below and you will totally understand why!

1. Purple is definitely her color!

Happy 4th of July from LA

2. Is it just us, or does she still sizzle even when she’s doing nothing at all?

3. Just look at her flawless skin…and flawless everything else.

Happy Easter – and I am NOT wearing a crown of thorns its a crown full of midnight quartz crystals because you know, I'm like, magic and all that.

4. A lacy look for the holidays.

5. Another beautiful lace outfit for her work with Fredericks Hollywood.

7. Check out that glow up! Fox is working that highlight!

8. It’s legitimately hard not to get lose in those eyes…

9. Eyebrows on fleek. Lip gloss on point. Perfection at its max!

We hope you enjoyed these gorgeous pics from Megan Fox’s Instagram account! Hopefully, Fox gets a chance to branch out from the same roles, but we’re happy as long as she’s on the big screen. And we’re even happier when she posts pics like these!