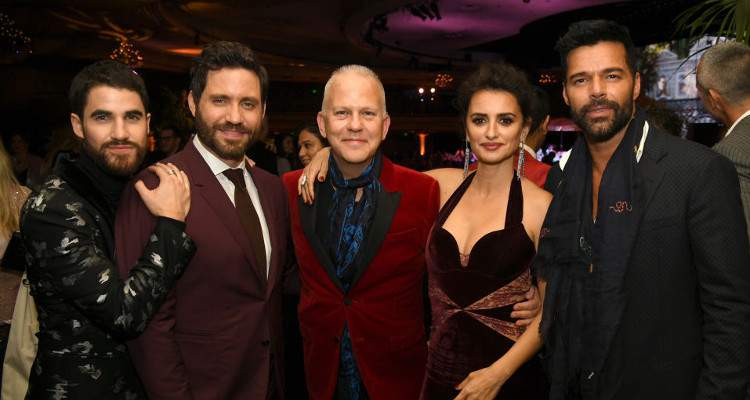 The Assassination of Gianni Versace will make its debut on our TV screens soon, and many viewers want to know who the stars will be.

Technically American Crime Story season 2, the cast will include Edgar Ramirez, Penelope Cruz, Darren Criss, and Ricky Martin in starring roles. The series is based on Maureen Orth’s book Vulgar Favors: Andrew Cunanan, Gianni Versace, and the Largest Failed Manhunt in U. S. History. We have the scoop on the show’s stars and the roles they’ll play!

The late Gianni Versace doesn’t need an introduction. The stylist extraordinaire was a luxury designer to stars and supermodels and lived life in his glamorous Miami mansion, where he was gunned down in July 1997.

Venezuelan actor Edgar Ramirez takes on the role of the luxury fashion designer. The pictures of Edgar Ramirez as Gianni Versace are epic!

The actor spoke about his transformation saying, “To feel a bald cap and to see your head shape change? It was kind of scary at the beginning because I thought that it might look fake but also because it always takes you some time to get used to seeing yourself like that. It feels very foreign.”

Rumors swirled around that Lady Gaga would bag the role, but Penelope Cruz as Donatella Versace is a fantastic fit.  The actress seems to have nailed the part!

The Versace family have slammed the new series, labeling it a “work of fiction,” but Cruz made sure she got Donatella Versace’s approval to portray her.

Cruz told People that she spoke to Versace on the phone for about an hour saying, “It was a conversation where, I cannot share everything we talked about, but we have a good relationship. She’s such a loving person, so I wanted to put out there the love and respect I have for her. It’s in my performance for sure, and I hope that when she sees, she will be happy about it.”

Pop sensation Ricky Martin as Antonio D’Amico, Gianni Versace’s partner and lover, is also something we are looking forward to! Like Cruz, Martin made sure D’Amico was alright with him taking on the role.

He also expressed his joy in portraying D’Amico saying, “I was honored. To be able to work with Edgar Ramirez, Penelope Cruz, and Darren Criss, I mean, are you kidding me? We’re treating this story with a lot of respect and really serious about it. I’m so happy with the results. It’s very dramatic and powerful, but you will also see a lot of love. The love between Antonio and Gianni was a very beautiful one.”

Gianni Versace’s killer, Andrew Cunanan killed four people before murdering the fashion designer outside his home in Miami. He killed himself a few days later.

The casting of Glee star Darren Criss as Andrew Cunanan couldn’t be better, as the two share an eerie resemblance!

Much of the series revolves around Cunanan’s life, and it looks like Criss plays the role of a young sociopath and serial killer to perfection.

Several other actors will have recurring roles throughout the series.

Annaleigh Ashford will play the role of Elizabeth Cote, Andrew Cunanan’s high school friend, while Nico Evers-Swindell will play the part of her husband, Philip Merrill.

The Assassination of Gianni Versace premieres January 17 on FX. Check out the trailer below: