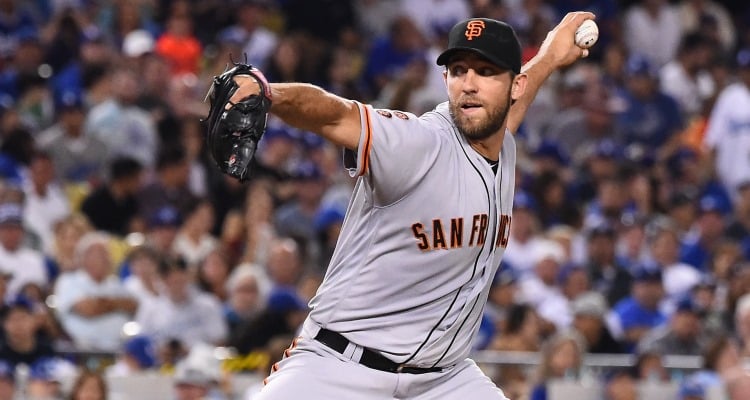 Just like Edwin Encarnacion, Jose Bautista, Mark Trumbo, Ubaldo Jimenez and Zach Britton were the key names (Britton for NOT playing) in last night’s game. Here are five of the most important players to keep an eye on for tonight’s game between the Mets and Giants:

The Cuban-born Cespedes has been one of the most important players for the Mets, ever since they acquired him in July 2015. This year has been no different, as he hit 31 home runs in this his first full season in New York. However, he has been slumping since his return from the disabled list on August 19 from a strained quadriceps injury. But look for him to do something special tonight. He owns a career .300 batting average against tonight’s Giants starting pitcher, Madison Bumgarner. Plus, Cespedes is a free agent after this season and strong playoffs could translate into a huge multi-year contract.

Bumgarner is one of today’s most clutch pitchers and has historically pitched well under the scrutiny of the playoffs. The 2014 World Series Most Valuable Player and 4-time All-Star has had another solid season. His last start in New York was on May 1st, where he pitched 6 shutout innings and got the win. Look for Bumgarner to be dialed in as his usual strong, postseason self. With a weak bullpen, the Giants are going to lean on Bumgarner to go deep into tonight’s game.

Syndergaard, aka “Thor”, is only in his second major league season, but has already made a mark on the game. Syndergaard has had a solid 2016 season with the Mets, but did hit a bump in the road earlier this season when he experienced arm fatigue and concerns were raised that he was being overused at such a young age. The key to the success tonight for the Mets is to closely watch Syndergaard’s workload and be able to identify if he’s starting to wear down. If the Giants can make him throw a lot of pitches early, it could be an early night for Thor.

Cabrera has historically been an underachiever in the postseason from his previous stints with Cleveland and Washington. But this year, he’s going into the postseason on a hot streak! Since his return from the disabled list in mid-August, he’s been hitting .345 with 29 RBIs and 23 runs scored. He’ll need to continue this hot streak as he bats second, right behind Cespedes.

The Giants’ bullpen has been a weakness all year. Santiago Casilla was the team’s closer for most of the season. However, a recent string of bad outings has forced manager Bruce Bochy to depend on Romo for the ninth inning. Romo isn’t a stranger to the pressure, as he handled the same role for the 2014 World Series winning Giants team. But a lot has changed since then, and the Giants now walk on eggshells during close games. The Giants hope either Romo can regain his 2014 form or that they have a hefty lead late in the game.

This National League Wild Card game between the New York Mets and San Francisco Giants starts at 8:08 p.m. EST at Citi Field in New York, New York. The Mets have the home-field advantage and both teams have plenty of playoff experience, as they have been the National League’s representative in four out of the last six World Series. Expect a tight game. If the Giants can get an early lead, they’ll ride Bumgarner out for as long as they can. However, if the Mets, especially Yoenis Cespedes and Asdrubal Cabrera, can get to him, there might be some serious cheering in the Big Apple later tonight!

It’s down to the wire, so tune in to ESPN at 8:08 p.m. EST tonight, as they will be airing the game live from Citi Field, New York! Who do you think will take the game tonight? Let us know in the comments section below!