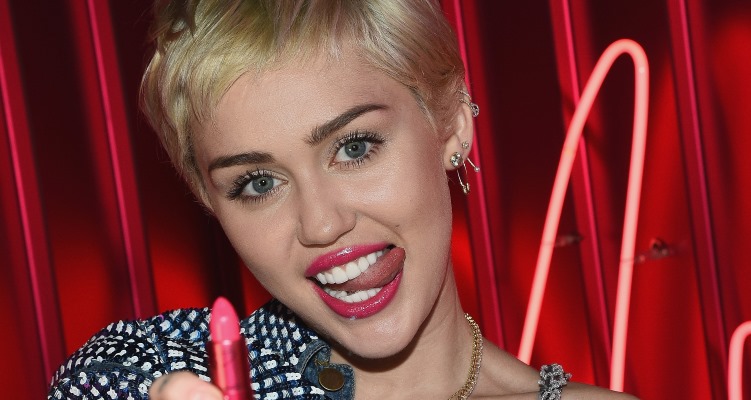 Normally Miley Cyrus’ dogs get all the attention on the pop star’s Instagram account but today, there’s an unfamiliar face in Miley Cyrus’ pics. She’s calling another man “Sugar Bear” and it’s not her fiancé, Liam Hemsworth!

Who is this mystery man? Should Hemsworth be worried? Of course not, since the man in question is Miley Cyrus’ brother, Braison Cyrus! That’s right—another Cyrus and he’s very close with his sister. Looks like fans were worried for nothing, but it’s understandable! Many didn’t know what to think and many were questioning just who her “Sugar bear” was and where he suddenly came from. Miley’s Instagram is normally flooded by her appreciation for dogs, and even Hemsworth is lucky if he’s posted on there much. But it looks like it’s family first for Miley, that is until she’s married. Maybe Hemsworth will get a bump up on the ladder then! 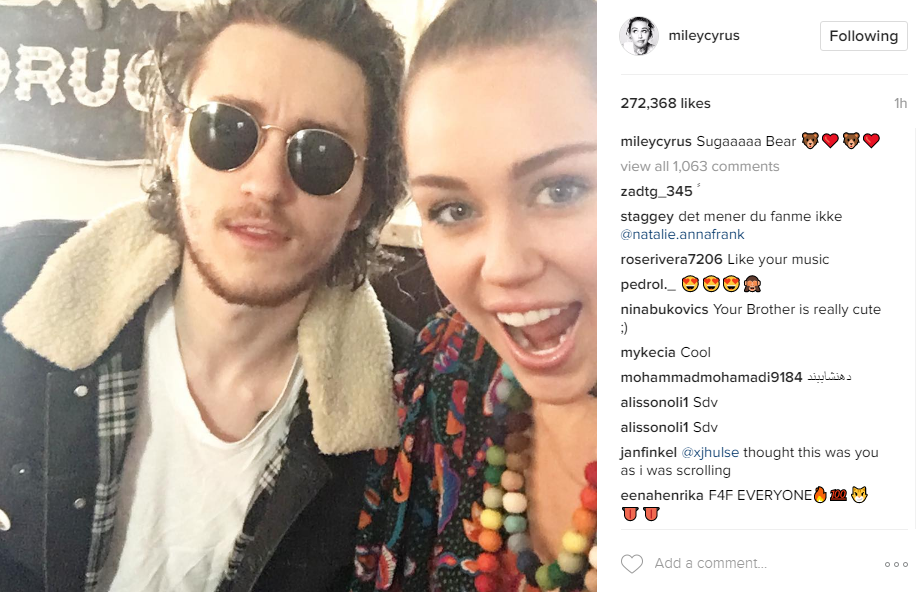 Who is Braison Cyrus?

Not much is known about Braison, except that he’s 22 years old, he attended Pasadena School of the Arts and he is a model. He has a few tattoos, he and his sister enjoy dogs and they are both Hillary Clinton supporters.

So, there’s no need to worry Miley fans–the wedding is still on and all is well with her and her Hemsworth. Phew!