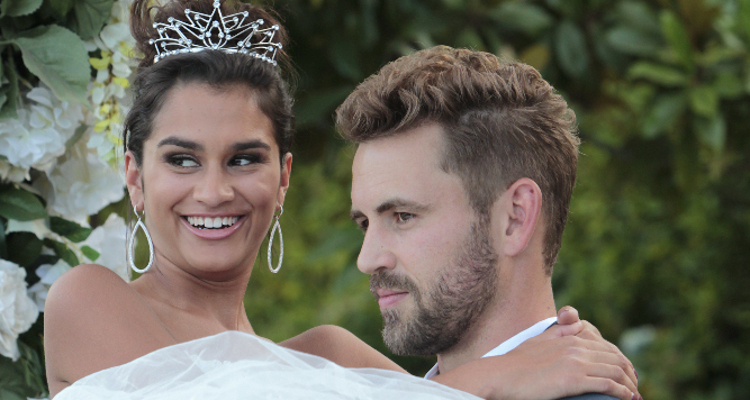 We are only episodes in of The Bachelor and have already seen the drama and jealousy brew. The way we see each contestant on the show is bound to be different than reality. Here is a glimpse of what Taylor Nolan’s life is like through her social media accounts.

Thanks to social media, we can find out so much information on our favorite celebrities, and anyone else we follow. Most celebrities and public figures communicate with their fans through social media by posting updates pictures on a regular basis. The Bachelor contestants are no exception to this kind of exposure. Though season 21 has just begun, everyone is trying to get to know more about their favorite contestants through their social media channels. Taylor Nolan from The Bachelor‘s Instagram pics give us a peek into her world. Read on if you want to check out Taylor Nolan’s social media accounts and photos.

Making Quite an Impression

First impressions are important. Someone should have told 23-year-old Taylor Nolan that. The Seattle native did not exactly get off to a smooth start with Nick Viall. Maybe it was nerves that made Nolan tell Viall that all her friends thought he is a complete piece of s**t. Trying to fix the situation by saying that she does not believe them might have cleared up a question or two, but was still painful to watch. However, despite an awkward meeting, Viall decided to give the mental health associate counselor another chance.

Taylor Nolan seems to be pretty active on Instagram, and is constantly updating us with updates on her life. She decided to put her private practice on hold to be on the show and try to win Nick Viall’s heart. Nolan is also an animal rescuer, and is trying her hand at modeling. If you take a look at her Instagram and Facebook photos, you will see that she has worked with several photographers and organizations. We have all of Taylor Nolan’s social media usernames so you can keep up-to-date with her new adventures.

If you want to see some stunning modeling shots of Nolan, as well as learn about her interests and likes, follow Taylor Nolan on Facebook.

For all the latest on The Bachelor (and to see how well the Sea Hawks are doing) check out Nolan’s Twitter page. There, you can also read up on her charitable work.

Looking for the best Taylor Nolan pics? Her Instagram page has everything you need.