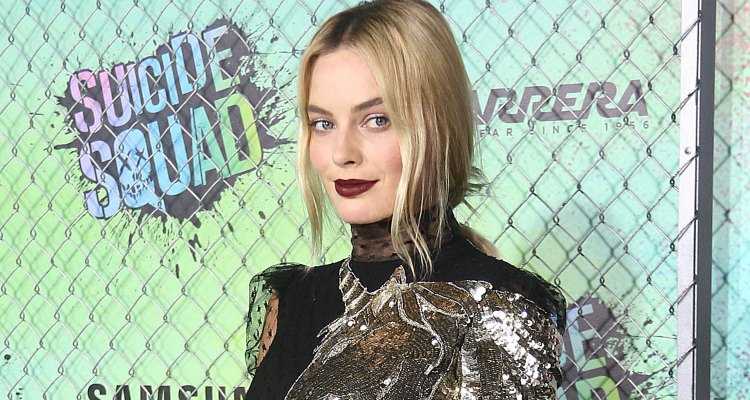 Margot Robbie’s unicorn dress (which doesn’t look as weird as the name would suggest) is still the talk of the town after the recent Suicide Squad red carpet premiere. Now, all anyone can talk about is Margot Robbie’s Harley Quinn photos, which are all over the Internet. So, if you’re a DC fan and want to take a look at some amazing Harley Quinn pics, then scroll down, because we have the photos you need to see. After all, who needs more Suicide Squad pics when you can have more of Harley Quinn, courtesy of her Instagram account!

While in Miami, Robbie has a photo taken of her looking at some art work of your favorite comic villain, Harley Quinn.

It looks like Harley Quinn is leaving her mark, after inspiring a tattoo parlor. Feel free to drop by Harley’s Tattoo Parlor to have your choice of tattoos!

Hey Puddin's, leaving our mark on #SXSW come and get it! #SuicideSquad #HarleysTattooParlour ?

When it comes to literal partners in crime, no one fits the bill better than the Joker and Harley Quinn. They have a chaotic and abusive history but seem to always find their way back to each other.

For once, Harley Quinn is getting the spotlight after spending so much time as Joker’s sidekick. Robbie will no doubt be remembered for this iconic role for years to come. You go girl!

Hey Puddin's, #SuicideSquad cover of @empiremagazine is out today – come and get it! ??? HQ

A picture like this makes you wish Suicide Squad was opening today! Leave it to Harley Quinn to add the most color to the mix.

Only Margot Robbie could eat a birthday cake before a revealing scene on Suicide Squad. On the actress’s 25th birthday last year, Robbie ate a Harley Quinn themed cake before a scene that had her getting dressed in front of everyone.

Watch Suicide Squad this Friday, August 5th at a theater near you!