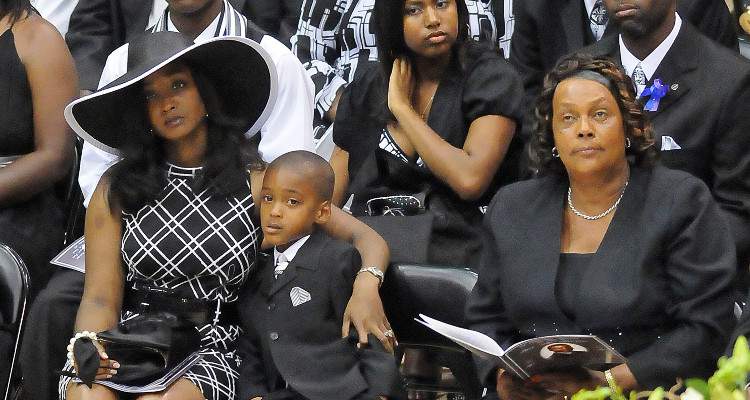 It’s been over eight years since former Titan’s quarterback Steve McNair’s death, and his family continues to remember him fondly. How has his wife been coping with the death of her husband? Keep reading for details about Steve McNair’s wife, Mechelle McNair, and their kids, right here.

Before playing his final two NFL seasons with the Baltimore Ravens, Steve McNair played with the Houston Oilers/Tennessee Titans from 1995 to 2005. During the span of his career, he threw for 31,304 passing yards with 174 touchdowns and ran for 3,590 yards.

At the end of the 1999 season, McNair guided the Titans to their only Super Bowl appearance. However, he chose to retire from his role as a quarterback in April 2008.

Then, tragedy struck and this football great was taken too soon. McNair was fatally shot on July 4, 2009, by Sahel Kazemi in a murder-suicide. His family was deeply affected by his sudden death.

Let’s take a look at the quarterback’s family’s life after his death, with details from our Mechelle McNair wiki.

Steve McNair was married to Mechelle McNair from June 21, 1997, until his death in 2009. The couple has two sons together named Tyler James McNair, who is 19, and 14-year-old Trenton Jon McNair. (Steve McNair also has two other sons –Steve LaTreal McNair, Jr. and Steven O’Brian Koran McNair –by two other women.)

In an interview, Michelle McNair talked about how she and the children were handling Steve McNair’s absence and said, “There is literally not a day that goes by that we don’t talk about their dad. The boys do things that remind me of Steve all the time. I’m always like, ‘Oh my gosh, your dad used to do that.’ And then they’ll ask me what he did and I’ll tell them another story about him.”

Steve McNair left behind a large estate, which is in probate in both Mississippi and Tennessee. He earned a salary of roughly $90.0 million over his 13-year career with the Houston Oilers/Tennessee Titans and Baltimore Ravens.

Around the time of his death, the McNairs were selling their 26-room Nashville home in the upscale Green Hills neighborhood valued at $3.2 million. He was also the president of his family’s farming business venture called McNair Farms Inc., in Mississippi.

McNair’s other properties included a 647-acre farmhouse called “The Ranch” in southern Mississippi.

It is evident that Steve McNair’s family still thinks about him every day and remembers him fondly.

Mechelle McNair revealed, “It was emotional (when Steve died), but it was never hard for me to talk about him because of the person that he was. Steve’s death was indeed tragic, but I look at the dad and husband that he was, the player people respected and admired so much, the generous man that he was. I look at all of these things and tell my kids about all of the good things that he did. I am always talking about him, just like he is still here.”