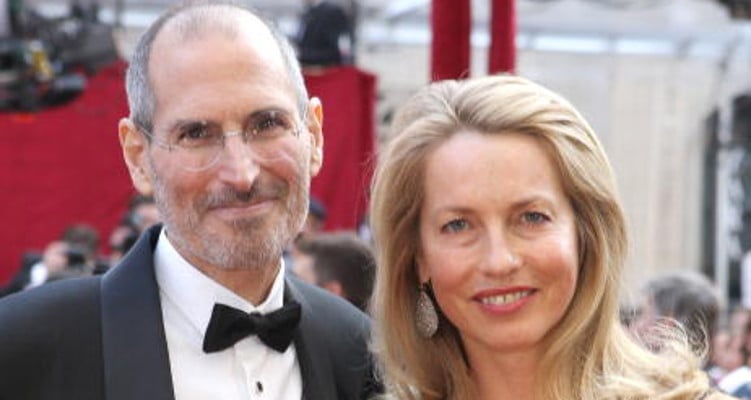 How rich is Steve Jobs’ widow? It is no surprise that Laurene Powell Jobs is a billionaire and keeps busy. Though she is ranked in plenty of “richest” lists, she keeps a low profile and is very much a philanthropist. The multi-millionaire is in the news now as she was snapped while on vacation. Read on to know all about this strong woman and who she went on a vacation with in Steve Jobs’ yacht.

We all know about Steve Jobs, but how much do we really know about his better half, Laurene Powell Jobs? Well, Steve Jobs’ wife is surely a very prominent personality, an extremely well-educated woman, and a beacon of strength. Powell Jobs did not just support Steve, but played a key role in running one of the most successful tech companies in the world. Now, it’s been over five years since the death of her husband. So who is Laurene Powell Jobs and what is she currently doing? Find out all this and more in our Laurene Powell Jobs wiki.

Laurene Powell before the “Job”

It’s only fair that we list Powell Jobs as an equally great businesswoman as her husband. Laurene Powell was born on November 6, 1963, in New Jersey. She has a pretty impressive set of college degrees including a B.A. in political science from the University of Pennsylvania School of Arts and Science, a B.S. in economics from Wharton School, and an M.B.A from Stanford. That’s a pretty solid resumé! Her career began at Merrill Lynch Asset Management, but she also worked in Goldman Sachs as a fixed income trading strategist before she did her M.B.A. Powell later cofounded a natural foods company called Terravera. She was also on the board of directors of Achieva.

It’s only natural that Laurene Powell and Steve Jobs met at college. In 1989, when Jobs was at Stanford to give a lecture on “View from the Top,” Powell was a student who sat next to Jobs and started a conversation with him. They even had dinner together that night, and the rest is history. The couple got married in 1991, and they had a blissful union until Steve Jobs’ passing in 2011.

It was a sad day when the world mourned the loss of Apple’s co-founder once the news of Steve Jobs’ death surfaced in October 2011. He died from a relapse of his previously treated cancer, before even he could see the new heights his company would reach. After the death of her husband, Powell Jobs inherited the Steven P. Jobs Trust which had a 7.3% stake in Walt Disney Company as of May 2013. The value was estimated to be worth $11.1 billion, and 35.8 billion shares of Apple Inc. Powell Jobs is the founder of Emerson Collective, a company that helps in social reform and College Track, an NGO that gives the disadvantaged students a chance at college career.

Is the Former Mayor of D.C. Laurene Powell Jobs’ Boyfriend?

In a recent report, Powell Jobs was spotted in Croatia vacationing with the very famous former mayor of Washington D.C., Adrian Fenty. The two were seen in Dubrovnik, along with Powell Jobs’ daughter, Eve. The trio were seen on a million dollar yacht that Jobs reportedly built but never used.

Powell Jobs reportedly met Fenty in 2011 and is rumored to have started dating him in 2013, which was around the time he and his wife, Michelle were finalizing their divorce. The duo met at an education conference in Houston and had similar ideas of school reform, which Powell Jobs knows all too well.  The next year, Fenty joined College Track, which Powell Jobs has been running as a member of the board. 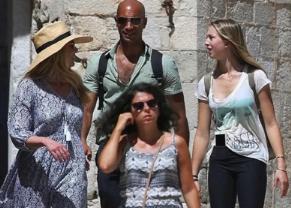 There are no second guesses that she has inherited and earned a lot of money, but what is one of the richest women in her industry worth? Laurene Powell Jobs’ net worth is estimated to be a gold mine of $20.5 billion according to Forbes. She is listed at #40 on Forbes‘ “World’s Richest” list, and is sixth in their “Richest Women” list. After 20 years of being married to Steve Jobs, Powell Jobs inherited his $10.0 million estate. Adding the hard work and philanthropy she dedicates her life to, Powell Jobs deserves every cent of her fortune.