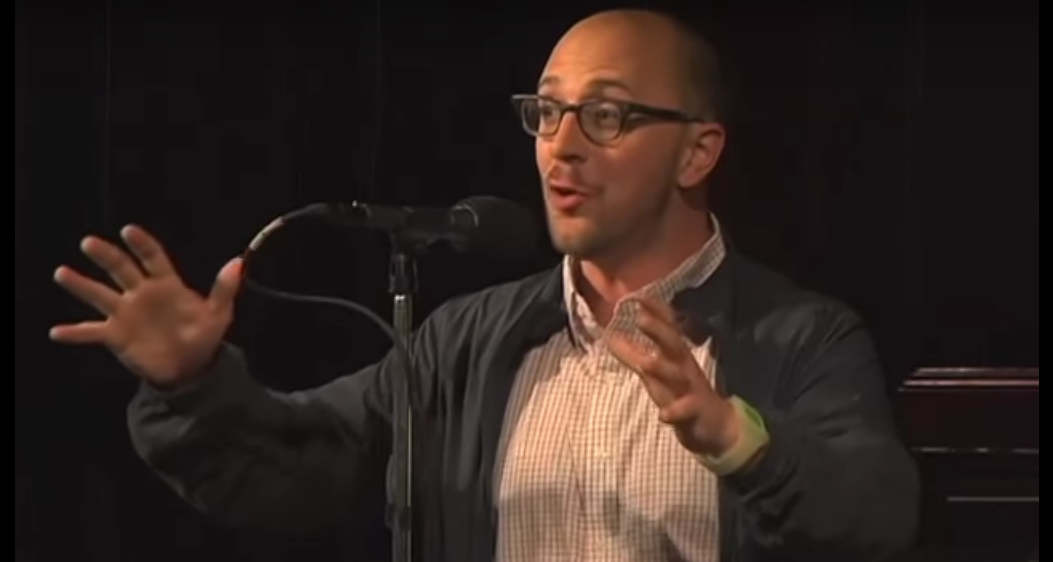 Steve Burns Talking At An Event by The Moth Credits: https://www.youtube.com/watch?v=CwmtkFPYXsg&t=70s

If you were wondering where your favorite Blue’s Clues guy Steve Burns was, and why he left the pre-school learning program, then wonder no more. The reason behind Steve quitting the TV show may not be what you think! But will we get to see the host on TV again?

Blue’s Clues on Nickelodeon was a preschooler’s go-to show and was also one of the longest-running children’s shows on TV. And at the helm of it was none other than Steve Burns, who called it quits after six years of putting hard work into it!

The then-kids are all grown up now and are looking for answers as to why there was a sudden change in the host of their favorite show. So, why did Steve from Blue’s Clues quit?

When Fans Were in Split Ends!

Today, the 44-year-old is a musician, singer, songwriter, and actor. And he has Blue’s Clues to thank. So, why did he quit so suddenly in 2002 when the show was doing so well?

Rumors about his death started floating around. And children from across the country were convinced that their beloved idol had either met with an accident and died or overdosed on heroin!

He had to make an appearance on The Rosie O’Donnell Show to prove that he was very much alive! So, why did Steve leave Blue’s Clues?

Well, the reason was that he was going bald! Not only that, but he wanted to sing, too.

The “Don’t Blame the Weather” singer said that he actually never wanted to do children’s TV shows forever and that his real dream was to become a musician.

But despite the abundant fame that came with the show, Burns always felt that his dreams of becoming a singer were bigger.

In addition to that, there was another problem Burns couldn’t ignore.

He said that he quit mostly because he was losing all his hair, and fast! He just couldn’t digest the fact that he was going to go bald while doing a children’s show.

Burns shaved his head just before quitting. But that wasn’t enough for him.

“I was going bald and I kind of looked around and I’m like – the people who decided that I should wear these pants are not going to choose a wig with any dignity for me. It’s just not going to happen,” Burns said in an interview.

The “Mane” Reason He Quit

While most people thought that Burns would be back after a sabbatical, the 2002 episode was his very last!

A receding hairline broke thousands of children’s hearts. But it did help to further his career in other ways.

Burns started acting and was seen in some blockbuster movies like Macy’s Thanksgiving Day Parade and Christmas on Mars. He also made appearances on TV shows like Law & Order, Yes, Dear, and Yo Gabba Gabba!

“Everyone wants there to be a dramatic answer and there’s not. I wish I had a cool answer for this, but I just-I did it for like seven years and it just seemed like time to go. It just seemed like the right time,” Burns explained.

Dramatic or not, his fans missed him thoroughly. And he’ll always have that special place in their hearts.

The singer said that he had somewhat reached his show-hosting peak. So, after doing it in front of a blue screen for so many years, he wanted a change in his career and his life.

Is Steve Burns “Teasing” His Fans?

If you head over to the Burns’ Instagram page, then you’ll see that the former host has put his fans on cloud nine! He announced that there was going to be a reboot of Blue’s Clues!

The channel has not yet declared who would host the show, but Burns is ready to fight John Cena for his old job! This is because the WWE star auditioned for the role!

With this much excitement in the air, watch out Monday Night Football! You have some serious competition!

We are awaiting further developments about the show. But now we can all delve into the sweet fact that Blue’s Clues is going to be back on TV after 16 years!