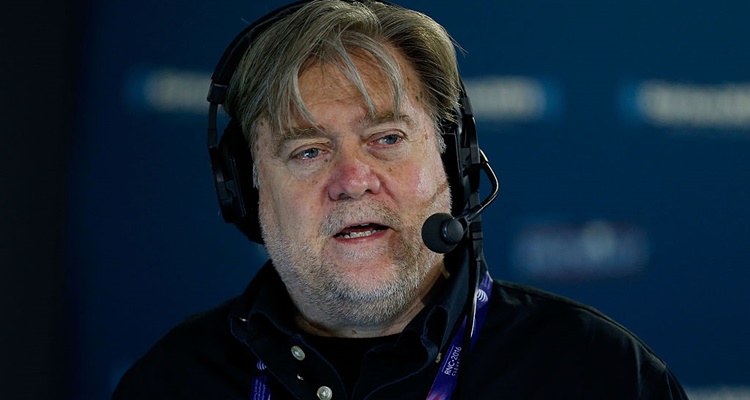 Steve Bannon is the chief strategist for Donad Trump. Born as Stephen K. Bannon on November 27, 1953 in Norfolk, Virginia, he graduated from Virginia Tech in 1976. Additionally, he completed his master’s degree in National Security studies from Georgetown University. From 1976 to 1983, Bannon was an officer in the United States Navy.

After completing his navy service, he worked with Goldman Sachs in the Mergers & Acquisitions Department as an investment banker. After working at Goldman for a couple of years, Steve Bannon and his colleagues started Bannon & Co., an investment bank with a focus in media-related dealings. He sold this company in 1998.

Apart from working for the Huffington Post and Breitbart, Bannon has also produced several political movies. One of them is the 2011 documentary, The Undefeated. This movie is loosely based on Sarah Palin’s political aspirations.

Is Steve Bannon a racist? This question has been asked by many. During an interview with his ex-wife, she accused him of being an anti-semite, after telling her that he did not want their daughters to go to school with Jewish children. Bannon has also been critisized for his “alt-right” views, typically shared by white nationalists.

Here are some quotes by Steve Bannon that have recently come to question: