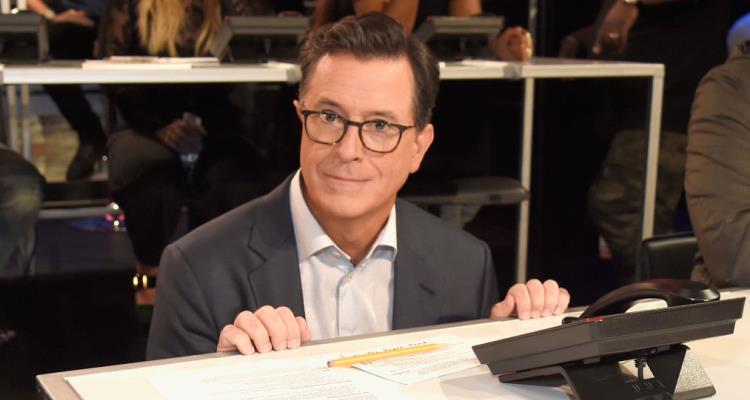 Stephen Colbert is many things: TV host, actor, and writer. With such a successful career in entertainment, many wonder about Stephen Colbert’s kids, especially since they’re not often seen in the media. How many kids does Stephen Colbert have, and what kind of parent is he? If you’re interested in learning about this hilarious TV host dad and how he’s raised his children, you’ve come to the right place—keep on reading for all the details!

Raising his children in a three-child home gave his kids a much different experience than Colbert had himself, growing up. Colbert has 10 siblings, but he admitted to Buzzfeed that some of his mother’s parenting practices rubbed off on him: “That’s my parenting style — ‘Go watch the TV. I’m one of 11 children, and my mother’s parenting style was ‘There’s the TV. Go watch it. Mommy’s got 10 other people to take care of.’” However, the only stipulation to watching TV for Colbert’s kids, is that they watch programs that are actually funny.

While Colbert is a certified celebrity and rubs elbows with Hollywood’s elite on a regular basis, some of his greatest joys in life have come from his children. He says that spending time having a conversation with his children is often the best part of parenting. Even though this isn’t a dramatic or even exciting part of parenthood, he revealed that it’s probably his favorite thing about being a dad.

As one would expect, Colbert often uses humor to lighten the mood when it comes to familial issues—something that was not always welcomed by relatives, but he insists that there’s nothing too serious that he can’t make a joke out of it. Colbert told BuzzFeed, “I get stopped from making the joke halfway through once members of my family realize I’m about to make a joke about something that’s very important to them. But I’m just trying to lighten the mood, folks!”

During a visit to The Late Show with Stephen Colbert earlier this year, Jennifer Garner revealed to the audience that she had actually babysat his oldest daughter back in the ‘90’s! Colbert and Garner met while filming an episode of Spin City, where she mentioned she acting gigs were few and far between. Colbert happened to be short on a babysitter, and offered her the job! What was once a favor for an actor out of work, became an anecdote between two of Hollywood’s A-list celebrities.

Colbert is an extremely dedicated father and does his best to raise his children with the same values that were instilled in him as a child. Being such a present father in his children’s lives could, in part, stem from the fact that Stephen’s own father wasn’t present for a good portion of his childhood. When he was just 10 years old, Colbert’s father, and two of his older brothers, were killed in a plane crash, just one state over from their hometown in South Carolina. While this would scar most, Colbert used the tragedy to his advantage, and accredits much of his success today to the loss he experienced as a child. Following the example of his mother, he was able to let go of the bitterness that follows such as loss, embraced it, and learned to love it.