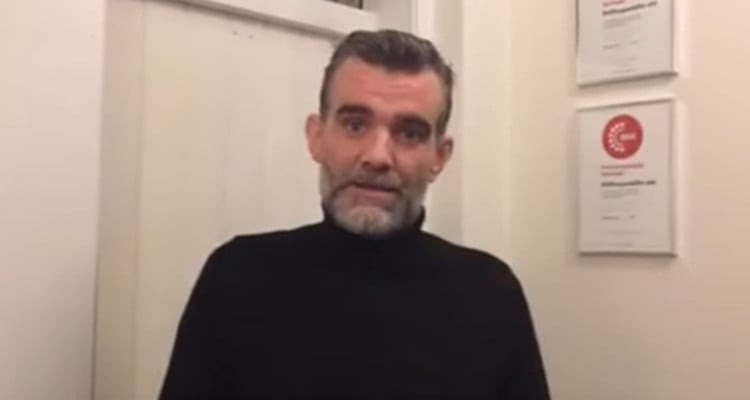 Stefan Karl is still alive, but is losing his battle with bile-duct cancer, which has reached stage four. His wife confirmed that Karl is not expected to have much time left. Karl rose to fame as the villain, Robbie Rotten, on the children’s show LazyTown, and is a respected actor. His heroic battle against an incurable disease is moving.

Is Stefan Karl dead? No! The “Stefan Karl is dead” rumors are not true. The actor is very much alive, but is suffering from bile duct cancer, which he was diagnosed with in October 2016. On May 19, Stefan Karl’s wife, Steinunn Olina, announced on Facebook that Karl’s cancer had relapsed and two masses on his liver have to be surgically removed. On June 21, she posted on Facebook that his cancer had once again metastasized and had reached stage four. She wrote, “Although the chances and statistics are not in our favor, and Stefan’s candle burns quickly, we will not be scared of fear.” People are concerned about the actor and want to know more about him. We have all you need to know about him, right here in our Stefan Karl wiki.

Born on July 10, 1975, in Hafnarfjorour, Iceland, Stefan Karl’s age is 41. He achieved popularity, especially among children, for playing the villain known as Robbie Rotten on the hit children’s television show, LazyTown. Karl has had a busy career as an actor, dividing his time between theater, films, and TV. Some of the plays he has acted in are The Jungle Book, Little Shop of Horrors, A Midsummer Night’s Dream, Singin’ in the Rain, The Cherry Orchard, and Noises Off. He has acted and done voice-overs for films like Polite People, Thor, Night at the Museum, Regina, and Privacy. Karl also did work on television in shows like Baking Trouble, God Exists…And Love, Cars Can Fly, and Titch and Ted Do Maths.

Thanks to his steady career, Stefan Karl’s net worth is estimated at a modest $2.0 million, which might not even be enough to pay for his expensive medical treatment!

Anticipating this, LazyTown head writer Mark Valenti created a GoFundMe campaign to pay for his living costs when he became too ill to work and needed to be hospitalized. The campaign became popular by YouTubers who uploaded parodies of Karl’s work, making the song “We Are Number One” into an Internet meme sensation. The campaign has raised more than $144,000 so far, and Karl has thanked the contributors.

Karl’s wife has written about this disease saying, “Stefan has bile-duct cancer [cholangiocarcinoma], a rare and little-researched disease. The disease has now advanced to stage four, and therefore, his life expectancy is unfortunately significantly reduced.” Valenti added, “Despite the best efforts of his excellent Icelandic medical team, and Stefan’s personal heroism, there is no apparent cure.” Karl’s family is facing this terrible situation with courage and dignity. Stefan Karl and Steinunn Olina got married on December 29, 2002, and have four children, three daughters and one son. Concerned fans of the actor are hoping that his family has the strength to go through this ordeal and are sending their best wishes, as do we.