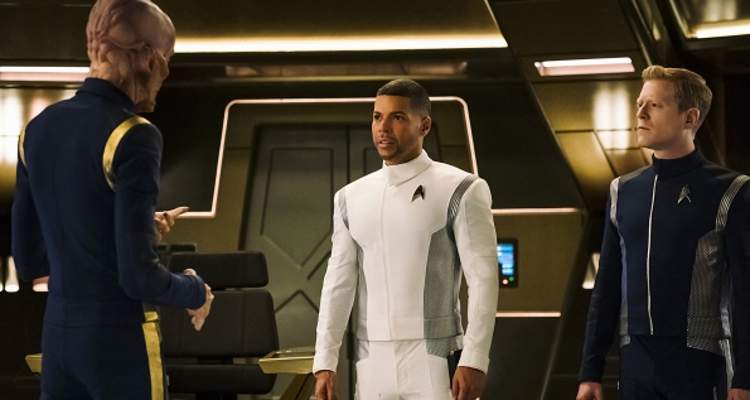 CBS’ Star Trek: Discovery is set exactly 10 years before the original Star Trek and fits in neatly in the Prime timeline. Thanks to the many shows and films made after the original series, the Star Trek universe has become vast and complicated. Read on to find out where the new series fits in the Star Trek timeline.

September 24, 2017, was a great day for Trekkies because Star Trek: Discovery debuted on CBS! The series is about a human orphan named Michael Burnham who was raised with Vulcan traditions and grows up to become a Starfleet officer. Since its premiere, fans have been wondering where Star Trek: Discovery fits into the timeline. Considering that there have been so many films, TV shows, and even animated series made since the original Star Trek from 1966-1969, it’s not surprising that people are confused about what timeline Star Trek: Discovery is in. We have all the details you need about the Star Trek: Discovery timeline, right here.

Prequel to the Original

Things got very confusing for fans of Star Trek when in 2009, J.J. Abrams rebooted the series and created a new timeline for the already complicated Star Trek universe. In his film, a Romulan ship travels back in time and destroys the USS Kelvin, killing Kirk’s father, George Kirk, in the process. All three of J.J. Abrams’ movies take place in this alternative timeline called the Kelvin timeline. To catch you up on the Star Trek universe, we have details of the two different timelines:

Differences Will Be Explained