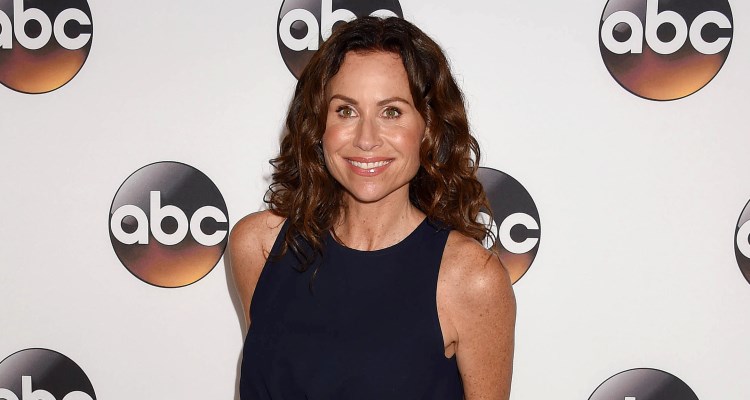 With the repetition of crime shows, roommate comedies and teen dramas, it’s time for something new. Speechless, ABC’s new sitcom is breaking new ground on television, as it centers around the family of a teenager with cerebral palsy. With a rare take on narratives, the show casts a character with disabilities as the main star. When the trailer for the show came out in June, people were amazed at the unique plot. If you want to know who is in the Speechless cast, or are searching for details on the star of Speechless, Micah Fowler and Speechless’ Minnie Driver, here are some facts you need to know!

The opening of the first episode is the perfect introduction to the series, as it lets viewers know exactly what kind of story they’re in for.

In the video, JJ DiMeo (played by Miah Fowler) is a 16-year-old high schooler. As he dismounts from the wheelchair lift of his family’s fan, two teens stare rudely at him. JJ’s immediate response is to flip the bird. Since his disability involves a lack of digital articulation, he isn’t able to separate his fingers properly. His mother translates, “That’s the finger,” to be sure the teenaged punks get the message!

The trailer makes a powerful statement and speaks to the fact that these narratives about characters with disabilities really hit home, with their authenticity and rareness. It also shows the struggles with communication and the need for empathy, patience and understanding for those living with disapbilities. A report released by the Ruderman Foundation revealed that 95 percent of all TV show characters with disabilities are actually played by fully abled actors. That means the majority of stories about disabled characters are not being told authentically enough, or are told flat out terribly. Speechless isn’t one of those shows.

In an email to The Mighty, eighteen-year-old Micah Fowler wrote, “In real life, I live every day conquering challenges brought on by cerebral palsy. In addition to the physical challenges, one challenge I have noticed is that sometimes people who have not met me, seem uncomfortable around me. I hope as people watch Speechless, they get to know JJ as a very normal person, to the point that they don’t even see the disability.”

The actor played small roles on Sesame Street, Blues Clues, and Labor Day (2013), but this will be his first opportunity to play a lead. Although Fowler’s performance is incredible, he’s only acting to an extent. Fowler, like his character, has the neurological disorder, but with less-severe symptoms. He does, however, use a wheelchair. Fowler emphasizes the disabilities associated with cerebral palsy in his role as JJ: he purposefully restrains hand and arm movements and does not speak, as JJ is non-verbal. His hopes for the role is that audiences will see past JJ’s condition and see his “heart, personality, love and humor.”

There’s no doubt this performance will be unlike any other—rich in authenticity, able to bring awareness to the disorder, and able to touch the hearts of everyone who is and who knows someone with a disability.