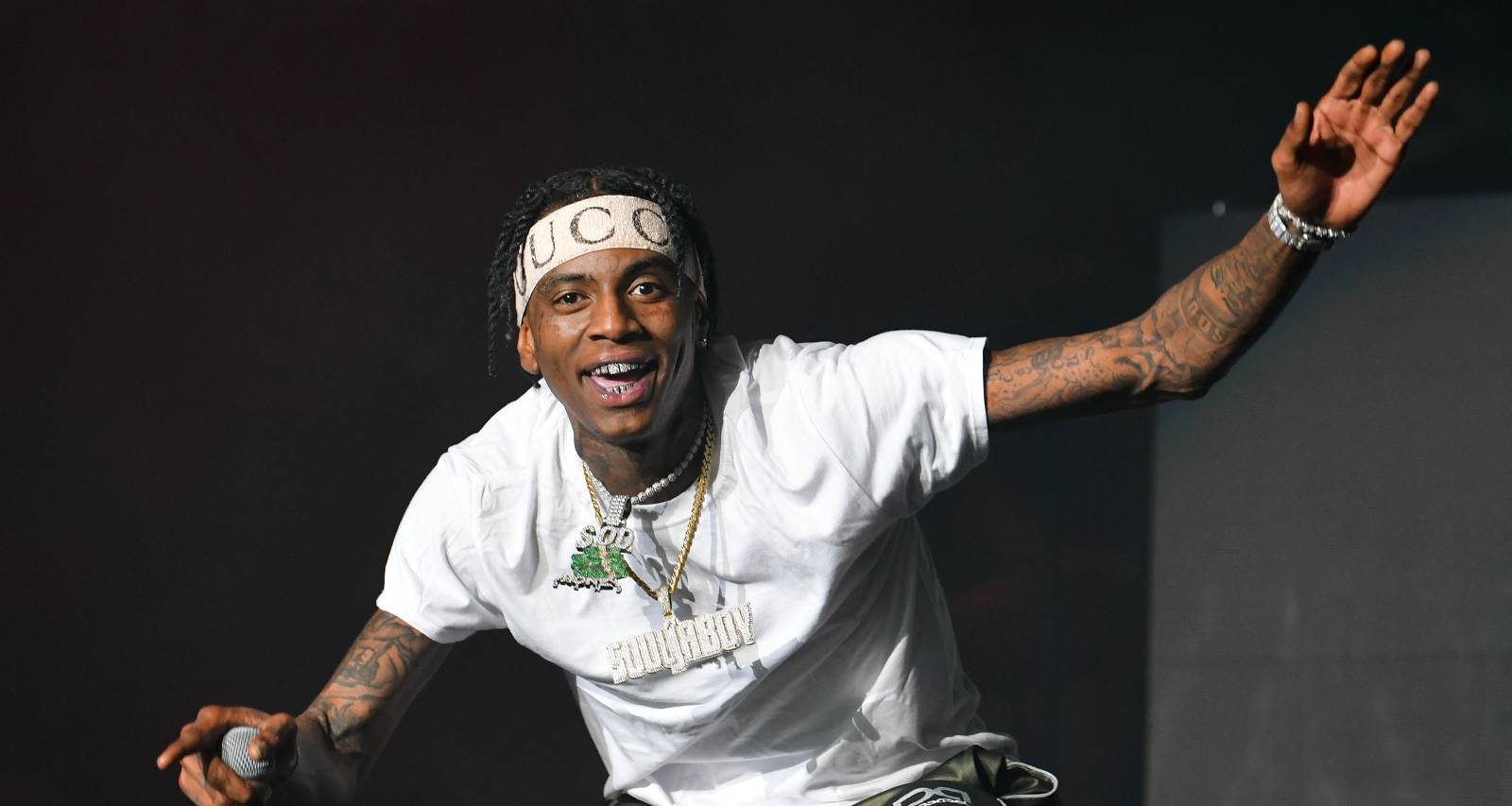 Soulja Boy performs during The Millennium Tour 2021 at State Farm Arena on October 16, 2021 in Atlanta, Georgia.(Photo by Prince Williams/Wireimage)

In case you haven’t heard it already, today is Soulja Boy’s birthday! Many have probably been wondering what happened to Soulja Boy, but after his recent music video for his new single, “No Time,” fans are getting the chance to see just what the rapper has been up to these days. With clothing lines, shoes, endorsements, and of course, his lucrative rap career, Soulja Boy is worth a whopping $23.0 million!

Soulja Boy was born DeAndre Way on July 28, 1990 in Chicago and was raised in Atlanta from the age of six. That is where he became interested in rap music. When he was 14-years-old he moved to Batesville, Mississippi with his father, who provided Soulja Boy with a recording studio to pursue his musical ambitions.

Soulja Boy’s age may only be 26, but he’s come a long way since his early days of releasing songs on web sites like SoundClick and MySpace (does anyone remember MySpace?) Now, after some time spent off the radar, the young rapper is back. Soulja Boy started off by making YouTube videos of his music and then shortly ended up releasing his hit single “Crank That” in 2007. The song has been featured in past TV shows like HBO’s Entourage and CW’s The Game and it earned him the top spot on the Billboard Hot 100. It also places fourth on the Billboard 200 chart. The hit single was part of the rapper’s Suljaboytellem.com album and has been nominated for several awards, most notably a Grammy, which he lost to Kanye West and T-Pain’s “Good Life.”

With Soulja Boy songs like “Crank That” and “Turn My Swag On,” it’s no wonder why his net worth is $23.0 million. Soulja Boy’s lyrics have earned him fame, fortune, cars, endorsements, and a mansion that most people only dream of when starting out in the music business. When you’re in the club, there’s a good chance you’ll catch yourself turning your own “swag on|” to one of his famous tracks, whether you know it’s him or not.

His latest music video, “No Time,” is already available for viewing on YouTube. The video shows the young rapper flaunting his lifestyle, roaming in a mansion, and fanning cash while rocking some seriously expensive wearing jewelry. He also released another song called “Rockstar,” earlier this week.

In 2008, Soulja Boy was robbed by six men with assault rifles (AK-47) and pistols while at his house with friends. One of the gunmen had a gun to his friend’s head and forced him down to the floor. Soulja Boy was in the back of his house in his studio when the robbery began, but he recalls peeking his head out to see men with rifles causing a disturbance. He was originally hesitant to give details of the ordeal because of his young and impressionable fan base, but he broke the silence about it when he appeared on “Big Boy’s Neighborhood” show in Los Angeles in 2009. He explained, “I got back to my house at around 3 in the morning. I was in the studio recording. Two of my homeboys was in the living room, and me and Arab was in the studio recording. Somebody kicked in the door. One dude ran in and put the AK to my homeboy’s head, and put him to the floor.” No one from Soulja Boy’s side was hurt and to this day he chooses not to dwell on the incident.

Soulja Boy has his own clothing line called S.O.D. Clothing and Ocean Gang. He also developed his own line of shoes called “Yums” and in 2008, Soulja Boy’s shoes made their debut. Earlier this year, Soulja Boy announced that he signed a five-year, nine-figure endorsement deal with World Poker Fund Holdings. Officials say their plan is to promote the World Poker’s online services through Soulja Boy’s social media accounts like Twitter and Instagram, which boast more than 15 million followers. Damn, Superman!

At the moment the “Crank That” star isn’t dating anyone but fans can always head over to the Soulja Boy Instagram account (@souljaboy) to get a deeper look into the rapper’s personal life.

*He also lost a part of his family, his younger brother, Deion Jenkins, in a car crash back in March, 2011.