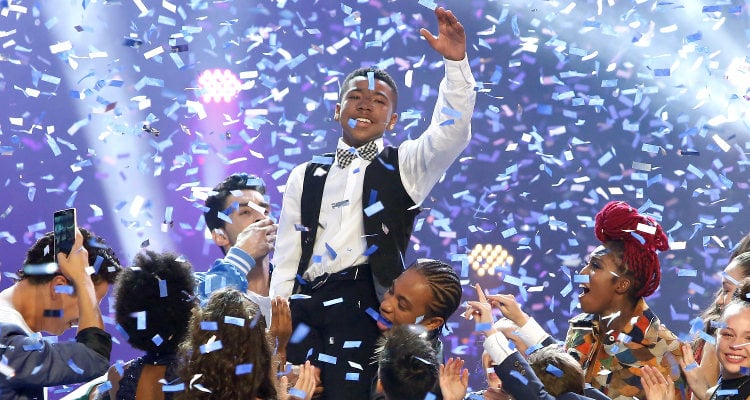 After dancing their hearts out week after week, 14-year-old Leon “Kida” Burns snagged the title of America’s Favorite Dancer at the SYTYCD finale. He was mentored by All Star Fik Shun and needless to say, the hip-hop genius was elated. J.T. Church, who captured hearts with his adorableness and his powerful Bollywood number, finished in second place.

Judge and Creator of the popular dance franchise, Nigel Lythgoe surprised SYTYCD fans by announcing that this time, the contestants will be aged 8 to 13 years. This was the first time that participants of the show would be under 18 years of age. Past favorite contestants of the franchise, a.k.a. The All Stars, served as mentors and partners to the young contestants. It didn’t take long for these adorable little munchkins to blow America away with their larger-than-life dancing skills.

Host Cat Deeley, who’s son Milo was born this past January, definitely felt a connection with these talented children. She became emotional more than once after witnessing the kids’ performances. She also revealed that 159 dances were performed this season by the kids.

Kida and his mentor, Fik Shun took to the stage for the finale, performing an encore of their “I Can Make Ya Feel” routine for Nigel’s request, among other encore performances. An Inspiration for young dancers everywhere, Maddie Ziegler, who became famous as the lead dancer for Sia’s music videos, served as a judge and also performed with the Next Generation finalists. Nigel Lythgoe teased the possible format for the next season, but whether it’s a normal season or another Next Generation type is anyone’s guess right now.

As America’s Favorite Dancer, Kida has won a $250,000 cash prize and a cover shoot for Dance Spirit Magazine! Way to go, kiddo!