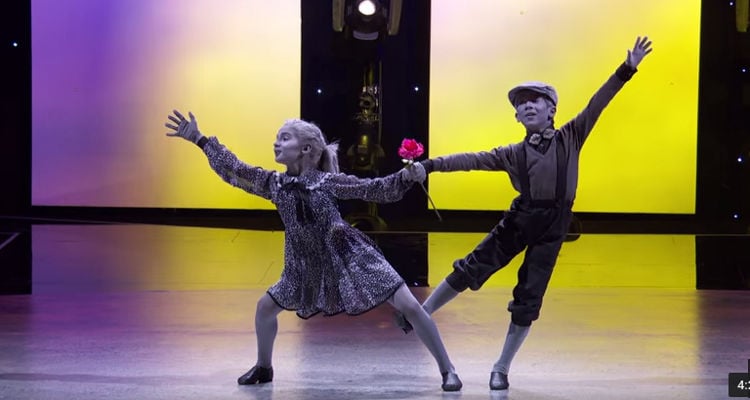 Photo: Youtube/So You Think You Can Dance

In the So You Think You Can Dance elimination, one contestant was sent home. That was Ruby. This made her many fans very sad. Ruby gave a great performance but she looked a little tired and her performance was dated. Now that leaves five So You Think You Can Dance contestants left on the show. They are Kida, Tate, Emma, Tahani and J.T. All of them performed on the SYTYCD season 13, episode 10 and managed to survive the elimination.

Many Colors, Many Dances

So You Think You Can Dance [SYTYCD] is an American reality dance show that premiered on July 20, 2005. Since then, it has grown in popularity and is still one of the top watched shows on American TV. Competitors who take part try to dance in a variety of dance styles including contemporary, ballroom, musical theater, classical, hip-hop, street, club and jazz among other styles. A panel of judges rate the competitors, while the audience too, has a vote. Both the judges’ vote and the audience’s vote are combined and the contestants with the least amount of votes are eliminated. This occurs every week and those who are safe from elimination, progress to the next level.

This One’s for the Kids

This season’s show is called SYTYCD: The Next Generation and features young dancers from the age group 8-13. The top 10 contestants are paired with an SYTYCD All-Star as a mentor and partner. The cash prize for the winner is approximately $250,000 and he or she is crowned ‘America’s Favorite Dancer.’ The show has won several Emmy awards and as many as 25 adaptations have been telecast in other countries.

SYTYCD has had a big influence on TV both in America and other countries in the world. Some of the American dance shows that have been inspired by SYTYCD include America’s Best Dance Crew, Superstars of Dance and Live To Dance. Some of the countries which have aired adaptations of SYTYCD are Armenia, Australia, Belgium, China, Canada, India, United Kingdom and Sweden. To date, 37 countries have made programs adapted from the original (American) SYTYCD.

A Showcase for Talent

The show is popular because of the entertainment it provides to the viewers. The real value of the show is that it gives exposure to various dance forms and makes people aware of the cultural history of America. It is a great platform for struggling dancers to perform their art and become famous. All the winners and many other skilled dancers have become popular thanks to SYTYCD. It is an outlet for dancers to show their passion and artistry that is appreciated by the judges and the TV audience. It is very difficult to make a living off dance alone, but coming on SYTYCD makes things a wee bit easier for the contestants.

A Case of Need

The American school and college system is facing a crisis today with low budgets for dance and music. However, if dance is promoted among more people, maybe there will be a significant budget for students to learn this art form. A country that neglects it’s art form is on a dangerous path. SYTYCD puts the spotlight on dance, and America needs it!