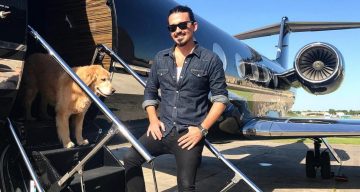 Following his parents’ divorce, a teenage Sidney Torres became a heroin addict and was on the verge of throwing his life away, when his grandmother helped turn it all around. Years later, she gave him his start in real estate, and today, Torres is a star who has a real estate development worth over $300.0 million. He appears on The Deed, where he helps others fulfill their dreams.

Sidney Torres has the following advice for young people who are entering the workforce: “Start from the bottom. Don’t let your ego get in the way. Intern in the industry you want to be in. Don’t worry about what you’re getting paid.” He would know! After all, he started his career from the very bottom, and had worked his way to the top.

Torres first started working in the music industry as Lenny Kravitz’s personal assistant, but later lost interest in the job, got into some trouble, and Kravitz eventually fired him.

He then began a career in real estate by working a low paying job at a construction company, where he had to sweep the floors and clean the windows of newly sold homes. Today, the self-made millionaire has a real estate empire worth more than $300.0 million, and his business is still booming!

He says that “continuously learning” is the key to success in any field, especially in real estate. Here are a few details from Sidney Torres’ wiki.

Born on August 27, 1975, in New Orleans, Louisiana, to Alma Torres and Sidney D. Torres III, Sidney Torres’ age is now 42. Torres was raised in a middle-class family, and had a rough childhood, as his parents’ marriage was rocky. On top of that, he had dyslexia and was addicted to heroin at the young age of 14. 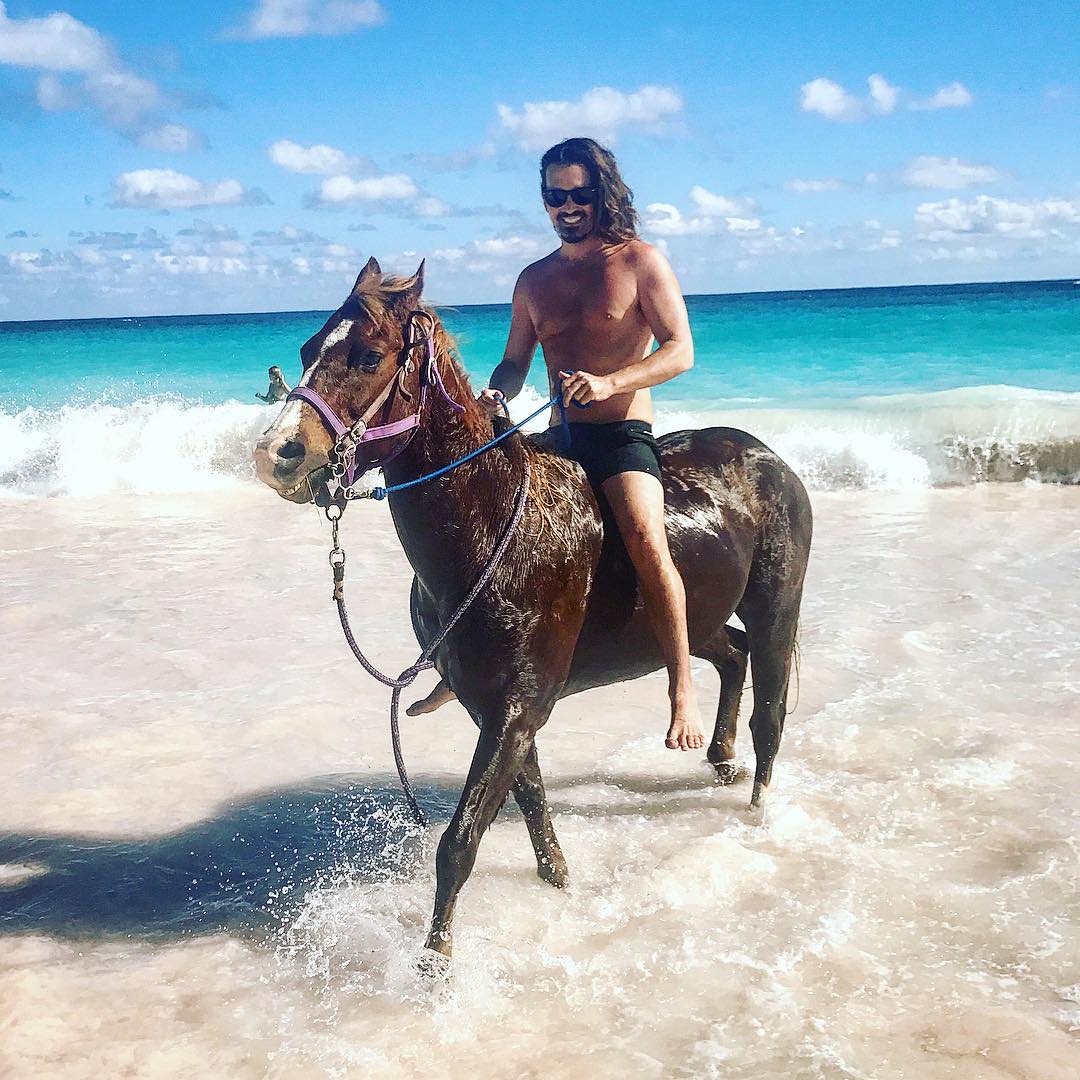 Torres got a shock when his father kicked the rest of his family out of their home saying simply, “OK, you guys can leave now.” His parents’ subsequent divorce marked an abrupt end to Torres’ normal family life, and pushed him to start dealing drugs. Luckily for him, his grandmother, Lena Torres noticed his downward spiral, and told his estranged parents “to do something with your son or he is going to die.”

His parents heeded the advice, and came together for a common cause and put Torres in a boarding school. He then went to college but dropped out after one month. He was passionate about music and joined Lenny Kravitz’s team as the singer’s personal assistant. He partied hard, and his drug problem returned to the point where Kravitz fired him.

That’s when Torres began to see the light and realized that he was at fault, and he couldn’t go on blaming others for his problems. He went to rehab and got himself clean, though it was a very painful and tough process. Torres says about that time, “It took me 48 hours of detox before I could even stand up. But I got through it. By 1997 I was clean.”

Starting from the Ground Up

Torres then got a job working for a contractor. He was 20 years old, and soon began his eventful real estate career. He first had to clean building sites and became a foreman within a year. Torres was ambitious, and was always on the lookout for growth opportunities. He saw a duplex that was in bad condition, and decided to repair and sell it at a profit.

Grandmother Is an Angel

However, money was a problem as he was making only $25,000 a year. He reached out to his grandmother for help, and she told him, “You have 60 to 90 days to figure out what you want to do. If you’re still passionate, I’ll cosign and help you get your first deal done.”

After proving to his grandmother that he was serious, Torres got a $50,000 loan and made his first real estate investment. After that, there was no looking back. Within the next six or seven years, he had real estate in development worth $100.0 million. By the time he was 23 years old, Torres made his first million dollars.

A Lesson in Humility

Flush with money, Torres did what most ambitious young men would do; he bought a Ferrari! At one point, he had three expensive cars in his garage.

Then, his banker gave him some advice that changed his whole attitude towards money: “Do you have enough cash in the bank to pay off the loan you are requesting from me and own those cars. Show me you are serious and I will lend you the money.”

Torres got the message, and immediately sold his expensive cars in favor of a simple pickup truck. He says that this act showed his employees that he really cared, grew up, and became more determined.

In 2012, he bought luxury resort, The Cove in the Bahamas. He invested nearly $20.0 million in the island, built 75 villas and two restaurants, and re-opened the 40-acre property in 2013.

Helping His Hometown to Recover

Just when he was planning his team’s next big project, Hurricane Katrina hit New Orleans. Initially, Torres felt helpless as he saw the damage caused to his hometown. But thanks to a call from the U.S. Marshall’s office, he swung into action to help residents in the devastated city.

He provided water for drinking and bathing, as well as fuel to keep generators running for 30 days, and his New Orleans office became the hub for relief efforts to distribute food, clothes, and other aid.

Torres became known as “the Guy who cleaned up New Orleans,” and was respected and rewarded from all quarters “for doing things from the heart.” Later, he was awarded the “keys to the city” as a mark of appreciation for his selfless efforts. 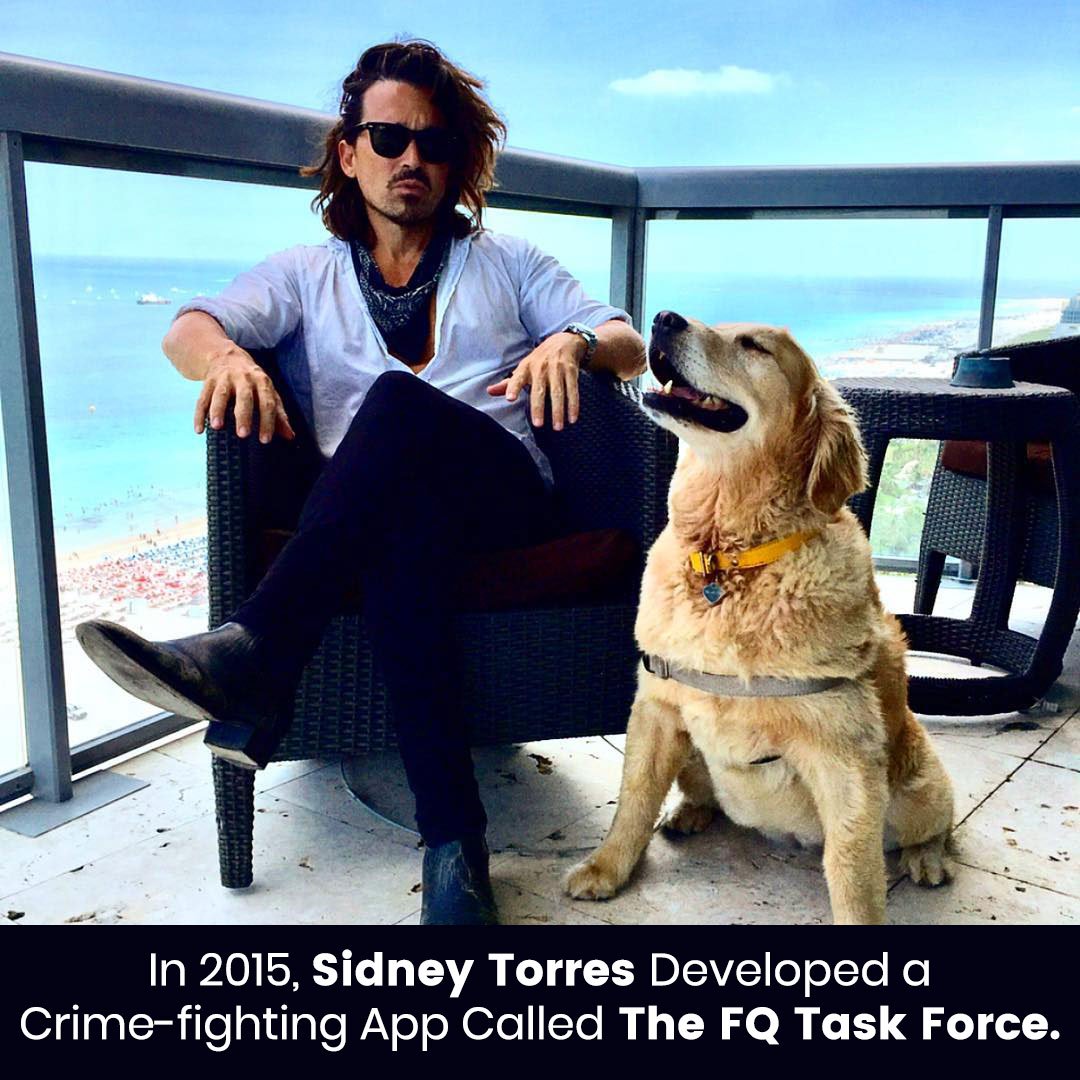 Torres didn’t stop at that. In 2015, he developed a crime-fighting app called The FQ Task Force, which revolutionized policing and reduced crime in the notorious French Quarter of New Orleans. Torres also invested his money in programs designed to improve the lives of people in communities in New Orleans. He also started venture capital firm IV Capital that has so far invested more than $40.0 million to help other entrepreneurs realize their potential, and make their dreams come true.

Torres also has a soft spot for children. He is a committed member of the board of governors for Junior Achievement of Greater New Orleans, which helps more than 22,000 students build their economic future by making them work-ready, financially literate, and aids in experiential learning each year. 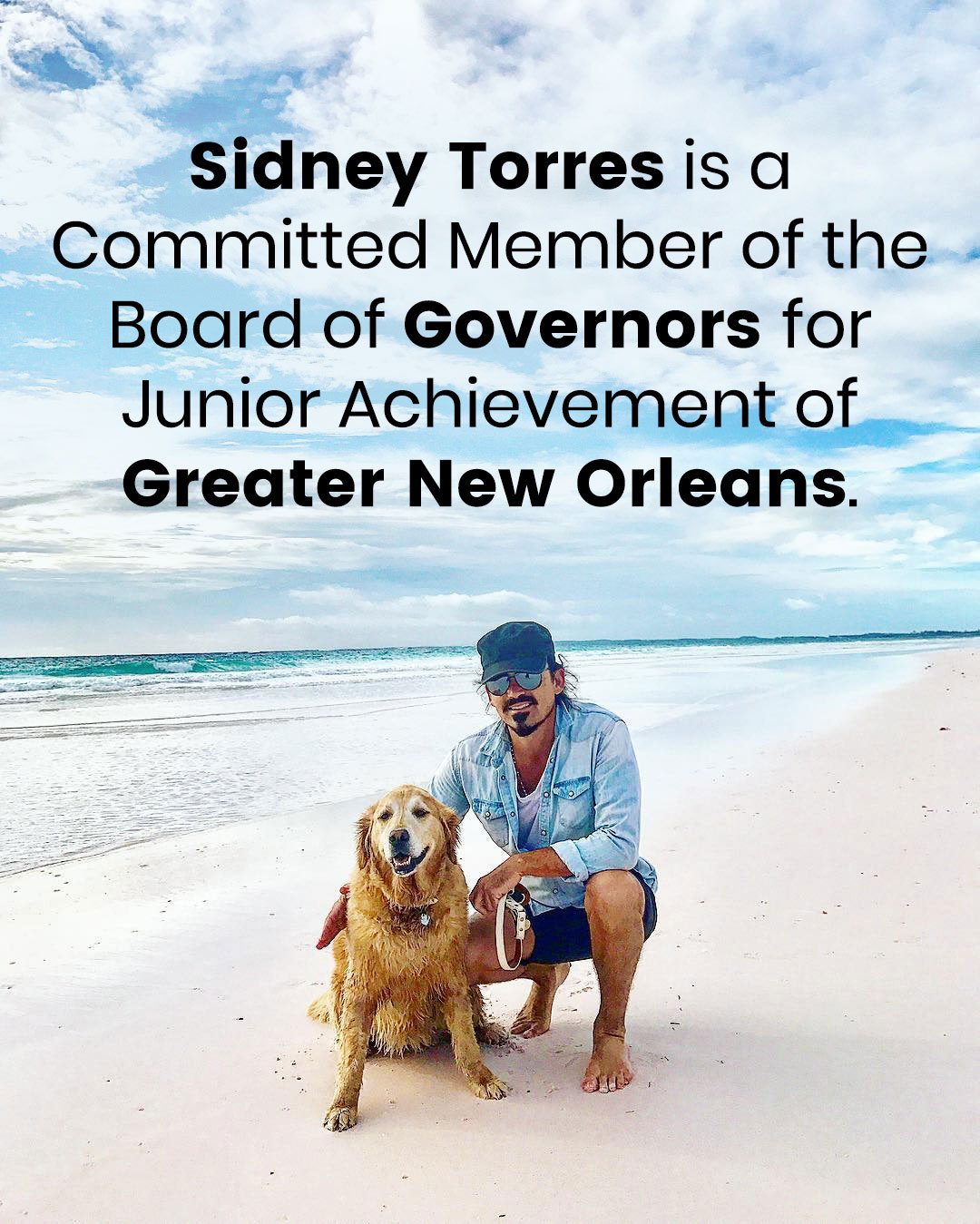 Sidney Torres is a Committed Member of the Board of Governors for Junior Achievement of Greater New Orleans. Credit: Instagram/sidneytorresiv

Torres’ work ethic, philanthropy, and success has been noted from all quarters. He was featured in The New York Times, Forbes, Wall Street Journal, and CNBC on a story they called “The American Dream.” Torres also appeared on CNBC’s reality docuseries The Deed, where he uses his personal finances and knowledge to help struggling property investors build their projects by investing in their development.

The Young Leadership Council and Junior Achievement named Torres a “role model.” He also received a “Changing Faces “ award from EboNetworks, and was named one of the Innovators of the Year by CityBusiness in 2007. In addition, Torres became an Ernst & Young Entrepreneur of the Year finalist in 2011. He lives in New Orleans and is an ambassador of the city, promoting its growth across the country.

A Grand Home of His Own 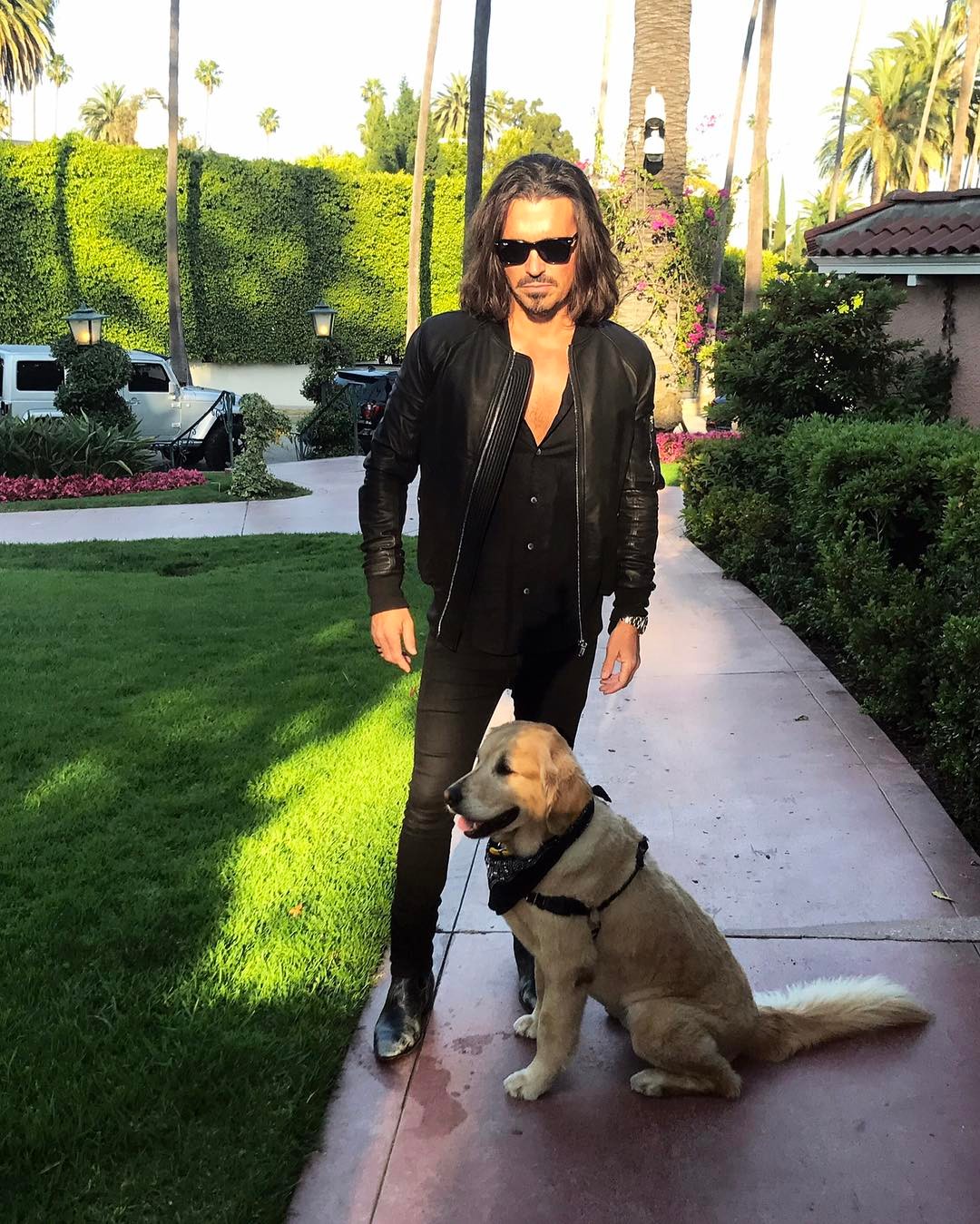 Torres’ expertise in real estate can clearly be seen in his Esplanade house in the French Quarter of New Orleans. It was built in the 1800s and has a front yard, which is a rarity in that area. It has 14-foot ceilings, floor-to-ceiling windows, custom white glass cabinets, crown molding plaster, bathrooms with custom stone flooring imported from Italy, and a great design. The house is filled with custom-made furniture. 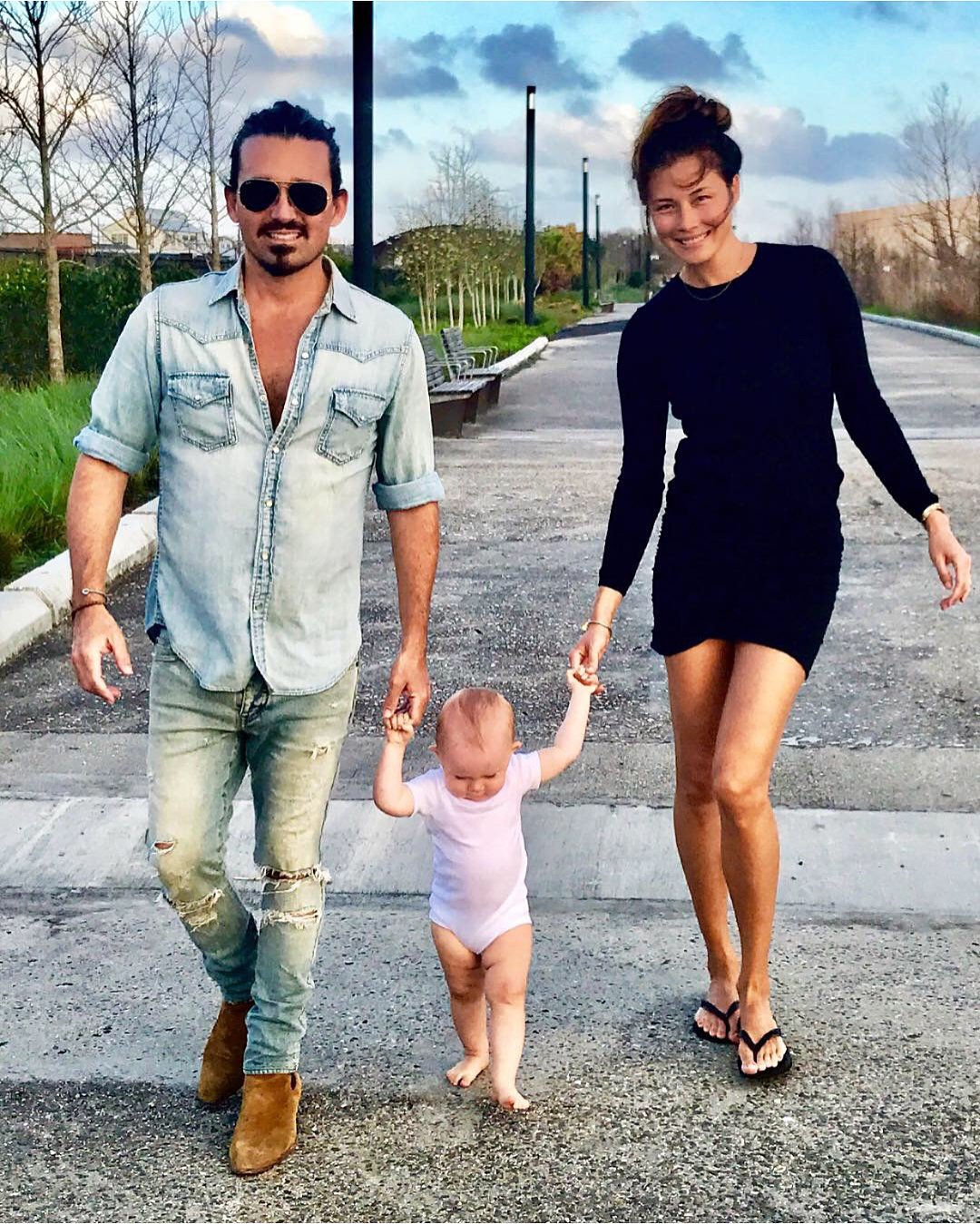 Sidney Torres with his girlfriend, Selina White, and their daughter. Credit: Instagram/sidneytorresiv

Those who want to see what the TV host’s life is like should follow him on social media. Sidney Torres’ Instagram account is full of pictures of him with his pet dogs, family, friends, and colleagues, as well as his home, and activities like him riding horses, bikes, on boats and in planes. It is evident that Torres lives an active and healthy life, while working hard at his business and spending time with his girlfriend and child.

People who followed Sidney Torres on The Deed season 1 should celebrate, because he is all set to return next season! He will still be at his best, as he shows people how they can have a good career and live a meaningful life by working hard and contributing to society.