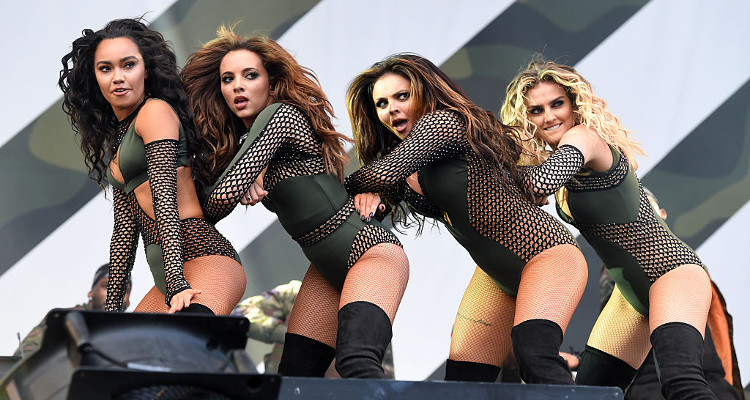 Little Mix is a British all-girl band that has achieved huge success in the UK and a bit in the U.S. They have just released their new song called “Shout Out to My Ex” from their upcoming album, Glory Days. It’s fun, has an I-don’t-give-a-damn message, and has fans on their feet! Go ahead and listen to it. Have fun!

The song has similarities to Spice Girls’ music. The girl power-driven group derives it’s inspiration from the Spice Girls, so it’s no surprise Little Mix’s song reminds us of them. The song is about becoming stronger and tougher after a bad relationship has ended. The girls sing about how determined they have become, after a bad experience they’ve had with their ex, and how they are ready to move on. The message is powerful, as it empowers those to move on from hurtful experiences. The music is catchy and the chorus is simply infectious!

Little Mix is working on their fourth studio album, Glory Days. They have promised their eager fans that they will release new music before Christmas of this year, and their new single has only made their fans hungry for more. They performed this song on TV wearing skimpy costumes, that got them some flak for their wardrobe decisions. Their fans, however, don’t care. They are just waiting for the new album by Little Mix to be released. You can listen to the Little Mix new song, “Shout Out To My Ex” by just clicking below. Enjoy!