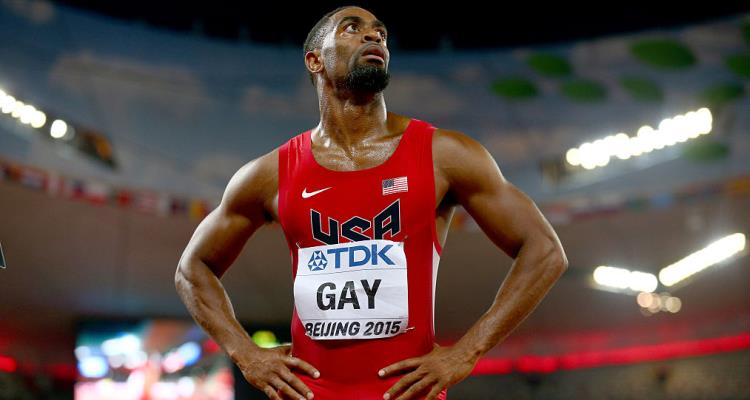 Early October 16, Trinity Gay, the daughter of one of the fastest men in history, was fatally shot by a stray bullet. The 15-year-old is the daughter of Olympic runner, Tyson Gay, and she was pronounced dead at the University of Kentucky Chandler Hospital after being shot in the neck around 4:00 a.m. The teenager was caught in the crossfire of a gang related shootout in the parking lot of a Kentucky restaurant. Trinity Gay’s mother, Shoshana Boyd, told New York Daily News, “She was so innocent, she was so innocent. I just want people to stop shooting and realize who they’re hurting. It’s just random. They don’t understand, they don’t understand who they’re hurting. I should never have to bury my child.” For more information about Trinity Gay’s death and her mother, here’s what you need to know.

She Is Devastated over her Daughter’s Death

Shoshana Boyd is understandably devastated to hear about her daughter’s death. Trinity Gay was struck by a stray bullet when a gang of men fired at each other between two cars near the Cook Out restaurant in Lexington, Kentucky. She shared with the NY Daily News that her daughter aspired to be a surgeon one day and took after her father’s athleticism. She was also a star in high school for track and field, and placed fourth in the girls’ 100-meter dash last year.

She Was Very Close with Her Daughter

Trinity Gay had a great relationship with both of her parents. Her father, seemingly still in shock, said he was “so confused” by the shooting and had “no idea what happened,” as he spoke to LEX18. “She was just here last week for fall break. It’s so crazy.” Tyson Gay lives in Florida and Trinity Gay often visits him when he takes breaks from training and competitions, although regularly she lives with her mother in Lexington, Kentucky.

She is Tyson Gay’s Ex-Girlfriend

Boyd is not Tyson Gay’s wife but is actually Tyson Gay’s ex-girlfriend. According to Player Wives, when Tyson Gay was a teenager he had a daughter with Boyd. The couple did not decide to marry, but instead split up. For those searching for “Tyson Gay kids,” Trinity Gay is his only child. According to the Player Wives profile, Tyson Gay was once quoted that he does want to find a wife, but prefers to date someone who is also an athlete, as they could have the same job and understand the same problems.