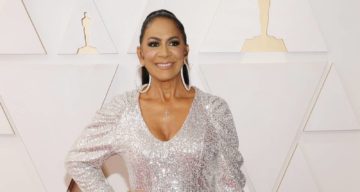 After Prince’s untimely death last week, people are spending their free time tuning into some Prince music. The legendary funk and R&B singer’s songs make the Prince legacy more worthy of celebration than ever. But, his millions of fans all around the world are also curious to know Prince’s love besides music. So, when you look for an answer to the question “Who was Prince dating?” you come across a lady named Sheila E. Known for being a singer who’s also a great drummer, Sheila E.’s dating timeline has almost made her more popular than her music. That’s solely because it has only Prince’s name on it.

For those who don’t know, Sheila Escovedo goes by the stage name Sheila E. and is popular as a singer, drummer, and percussionist associated with Prince and his music production. More than music, Prince and Sheila E. were a couple once. In fact, Sheila E. was rumored to have been engaged to Prince in the late ’70s.

Prince’s dating timeline is filled with many beauties are likely honored to have been the sex symbol’s lover. Prince has been romantically linked with Hollywood bombshells like Madonna, Kim Basinger, and even Carmen Electra. But, Sheila E. was much more than just a loving woman for Prince.

So, here are some interesting facts about Sheila E., Prince’s ex-lover.

Before working with Prince, Sheila E. was a percussionist for top artists like Lionel Ritchie, Marvin Gaye, Herbie Hancock, and Diana Ross. She was known for making music and collaborating with popular musicians like George Duke, Billy Cobham, Gloria Estefan, and Ringo Starr.

Sheila E. was not just an active musician back then, she still helps musicians with drum lines today. Her superb skills as a drummer have worked out well for Beyonce for her song, “Work It Out.” Sheila E. also played drums on Phil Collins’ cover of “True Colors” and has co-produced Kanye West’s songs.

She Knows How Prince Died

Following Prince’s death, Sheila E. gave a shocker in an interview with Entertainment Tonight. When asked if she know anything about how Prince died, Sheila replied, “In my heart I already know.” When asked if she can reveal it, Sheila said, “I can’t share.”

In another interview after Prince’s death, Sheila revealed how she didn’t know Prince was “double-dating” her. Sheila E. revealed that she was unaware of Prince’s engagement and affair with Susannah Melvoin, part of the twin sisters from his backup band The Revolution. Prince was reportedly dating Sheila E. in 1978, the same time he was in a relationship with Melvoin. But, Sheila added how she was still on good terms with the singer.