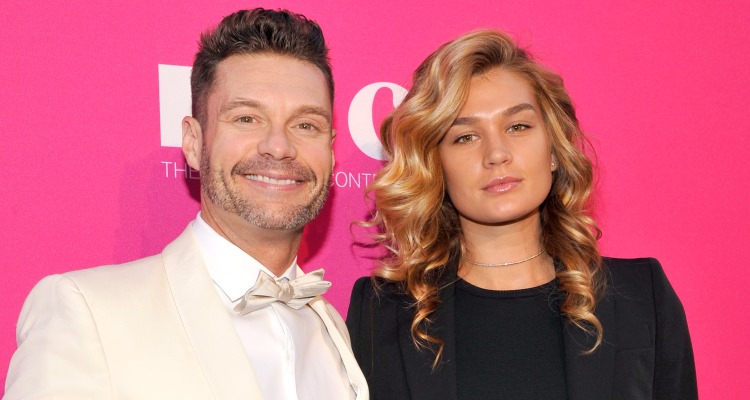 Something big has happened to entertainment broadcaster, Ryan Seacrest and now Ryan Seacrest’s girlfriend in 2017, model Shayna Taylor, is becoming wildly popular. If you want to know more about his big news and get a closer look at the woman he’s likely sharing it with, then check out our Shayna Taylor wiki!

Seacrest, 42, is normally secretive about his private life and fans seem to only find out who he’s dating once he makes a red carpet debut with the woman. And even though Shayna Taylor’s age is unknown to us, it looks like Seacrest has decided to reopen the Shayna Taylor ex-file and try the dating game once again. They dated in 2013 for 18 months before breaking up. It was his first serious relationship after splitting from actress and Dancing with the Stars judge, Julianne Hough. Many thought the couple would get engaged but sadly, it never happened. But never say never, because everything old is new again.

If you’re looking for Shayna Taylor’s hot pics, then look no further than her Instagram account: Shayna Terese Taylor. She has posted pics of herself in some of the most exotic places in the world, and leaves very little to the imagination with some of those ‘barely-there’ bikinis! Not that we’re complaining, the girl looks like a goddess! It’s her job after all, and many of her photos are of her modelling with a great view as a backdrop. If you enjoy looking at beaches, palm trees and the most exotic locales, then Taylor’s Instagram is the place to be!

Trump may have made it to his first 100 days in office, but he didn’t get there without causing a few problems. After the election results, Taylor took to her Instagram to voice her opinion about the country’s new commander in chief.

“Honestly, couldn’t have said it better. If you want to leave the United States, leave. No one actually gives a shit. It’s sickening to see who Americas have chosen to be during this election. In the end, WE NEED CHANGE. I don’t necessarily like Trump either , but the only one who is gunna do it is him. So stand together as ONE and support the future of America and stop being so negatively opinionated.

Her Boyfriend has a New Job

There may not be any clear info on Shayna Taylor’s net worth, but her boyfriend never stops making it rain! As if Seacrest didn’t have enough jobs already! Now, he can add co-host to Kelly Ripa to his resume! Sorry Jerry O’Connell, but it looks like Seacrest is sticking around for a while and will be splitting his time between Los Angeles and New York City. (But there’s always RuPaul’s Drag Race, where we hear Jerry O’Connell fit in just fine!)

“I’ll be [in New York City] during the week and then at the end of the week the show usually isn’t on, on Fridays, so I’ll fly back to Los Angeles and work from there,” he explained. “And I have an iHeart studio here in the building, so immediately after Live on television, we go live on the radio.”

Kelly Ripa had a messy (professional) breakup with her last co-host (Miachael Strahan—who left to join another show with ABC) and had been searching for a replacement for almost a year. As it turned out, Ripa and Seacrest had wanted to work together for years!

“We started talking about this, like, a decade ago,” said Ripa to Seacrest. “But you were so ensconced with your other job and living in L.A. But we’ve always enjoyed working together — that’s never been a question. It’s just been being on the same coast at the same time.”

And when it came to Secrest joining the show, Ripa couldn’t be happier.

“Oh, I mean 100 out of 10,” gushed Ripa. “He’s a seamless, seamless broadcaster. There is nobody better. There is nobody that understands what 30 seconds of conversation actually means in real time like Ryan does, and so he makes everything easy — it’s like a vacation with him.”

Live with Kelly and Ryan airs weekday mornings on ABC. Be sure to check out the new morning duo!