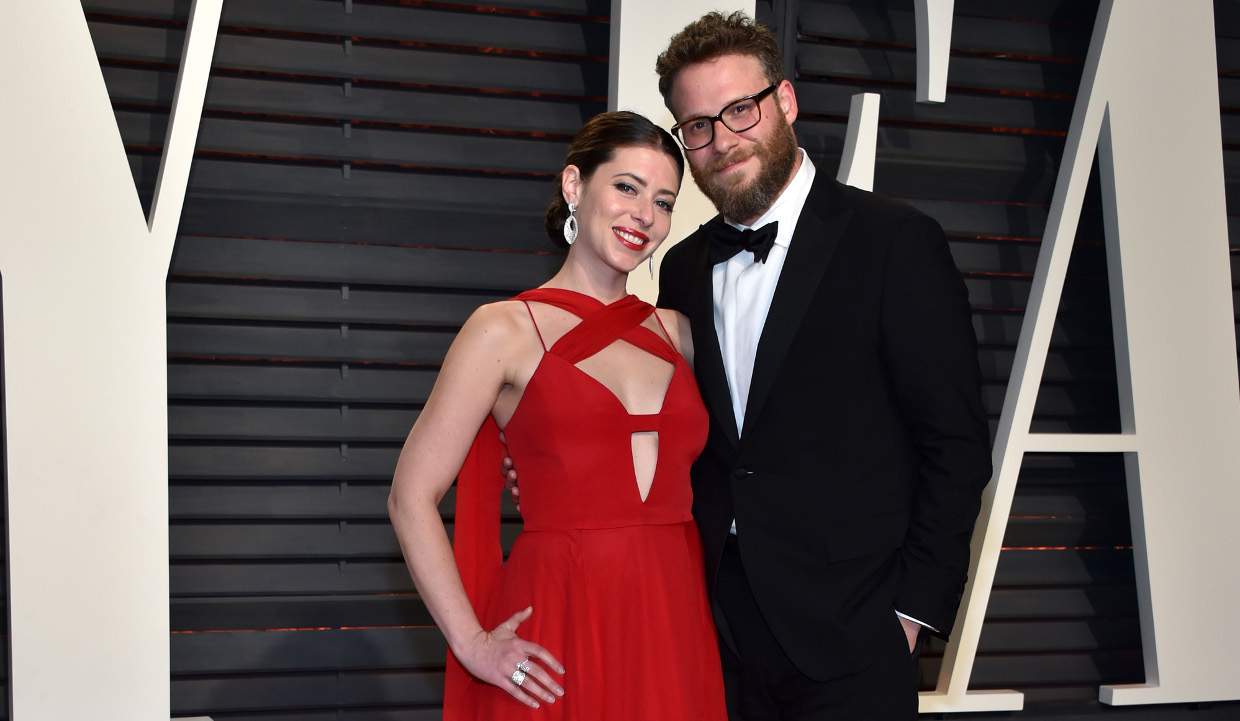 A group of teens think that Washington Nationals baseball pitcher, Sean Doolittle looks a lot like actor, Sean Rogen. Doolittle admitted that it took him a few days to gather the courage to take the train again after people mentioned it to him. We wonder what Seth Rogen’s wife has to say about this similarity between her husband and Doolittle! But who is Seth Rogan’s wife? (Some didn’t even know he was married!) If you want to know more about her, then take a look at our Lauren Miller wiki.

Born Lauren Anne Miller on July 24, 1982, in Lakeland, Florida to Scott and Adele Miller, her age is 35. She has a brother named Danny.

Miller went to the Lois Cowles Harrison Center for the Visual and Performing Arts. In 2003, she graduated from the film school at Florida State University. She even has an associate’s degree from New York’s Fashion Institute of Technology.

Lauren Miller’s net worth is estimated at $2.0 million. After school, Miller moved to Los Angeles to pursue a career in Hollywood.

She ended up getting a job with the film production company ImageMovers, working with Steve Starkey and Robert Zemeckis. Miller also signed up for acting classes and went to several auditions.

Throughout her career, she worked in several movies as a producer, director, writer, and assistant. Some of Lauren Miller movies are: Happy Holidays, Straw Hat, Measure of Love, The Unseen Kind-Hearted Beast, Monster House, Beowulf, Girls! Girls! Girls!, Long Black Lashes,  Growing up and Other Lies, and Sausage Party.

Miller also made appearances in several TV shows such as Ben and Kate, Inside Edition, Grey’s Anatomy, and Master of None.

The couple exchanged their vows in Sonoma, at a hilltop ceremony in the Northern California Wine Country in a ceremony officiated by a female rabbi. The celebrations lasted three days.

Unsurprisingly, their wedding was filled with laughter as a source close to the couple said, “The wedding was more laughs than anything else. Every other line was a joke and the crowd couldn’t contain their laughter.”

Besides being talented actors, Miller and Rogen support the Alzheimer’s Association. Speaking about the importance of this cause, Miller said, “It’s dear to us because Alzheimer’s has affected my family my entire life. Both my grandparents had it, and now my mom has it, and she was diagnosed at 55. That’s a 100 percent life-altering, family dynamic-changing diagnosis.”

She explained that they experienced personal loss because of the disease, and how important it is to find a cure. She explained, “There’s no treatment for it. There is no medication. While they say there is medication that slows down [its progression], nothing slows it down. Nothing reverses it. Alzheimer’s is one of the few illnesses out there that is 100 percent terminal. So how could we not do something about it?”

Lauren Miller’s Instagram is filled with photos of her having a good time with her family —including her adorable dogs!