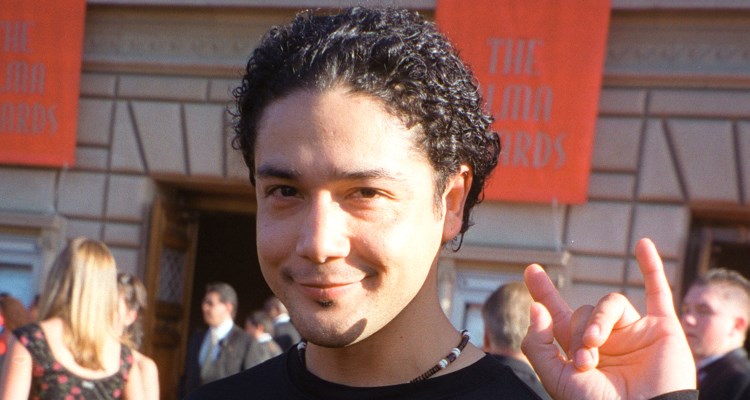 Latin sensation, the late Selena Quintanilla, is making headlines this week after her brother, A.B. a.k.a. Quintanilla III showed up to his court hearing last Wednesday. He was facing charges for not paying child support for his eight kids, as well as contempt of court, and he was earlier placed on the Top 10 Most Wanted list in Corpus Christi, Texas. Her family is getting some more attention because of this. Additionally, her widower recently shared some memorable moments with the singer on social media, leading many to wonder about him. Here’s what you need to know about Selena Quintanilla’s husband.

Selena Quintanilla and Chris Perez originally met when he joined her band, Selena y Los Dinos as the guitarist in 1990. They fell in love and their relationship quickly escalated. Perez revealed that the famous pizza scene in Selena (1997) was the first time Perez told her he loved her. Since her father did not approve of their relationship, they dated in secret and eloped in April 1992, but when news outlets reported on their marriage, the couple had to share their secret relationship with the family. Perez shared their discussion on divorce, saying they had communicated their problems together and over time they “ended up patching things up and making a promise that we would never let that happen again,” he said.

Where is Chris Perez Now?

Born August 14, 1969, Christopher Gilbert Perez is an American guitarist, songwriter, and author. He was the lead guitarist for the Tejano band Selena y Los Dinos, and he grew up in San Antonio, Texas. Chris Perez’ net worth is currently unknown.

When the Latin singer was murdered in March 1995, Perez was left a widower. Selena was killed by her former friend and manager of her boutiques, Yolanda Saldivar. Perez was crushed after hearing of her death and began abusing alcohol and drugs to cope. He stayed in touch with her family over the years, even though he decided to move on years later.

A.B. Quintanilla, 53, was taken to court for refusing to pay child support and contempt of court. After the charge was made, it was discovered that he did not show up to his original court appearance, leading the authorities to list him on the Top 10 Most Wanted list of Corpus Christi, Texas. Judge Missy Medary withdrew his community service sentence and upgraded it to time in the Nueces County Jail. She said, “The fact that you ignored my orders for years basically makes me think that you do not take this court very seriously.” During his time in jail, Medary wants Quintanilla to think about two things; “I want you to think about your responsibility as a father, and I want you to think of the rights of your child,” she said. Quintanilla agreed to pay his dues of over $130,000, but believed he was a “victim of misunderstanding.”