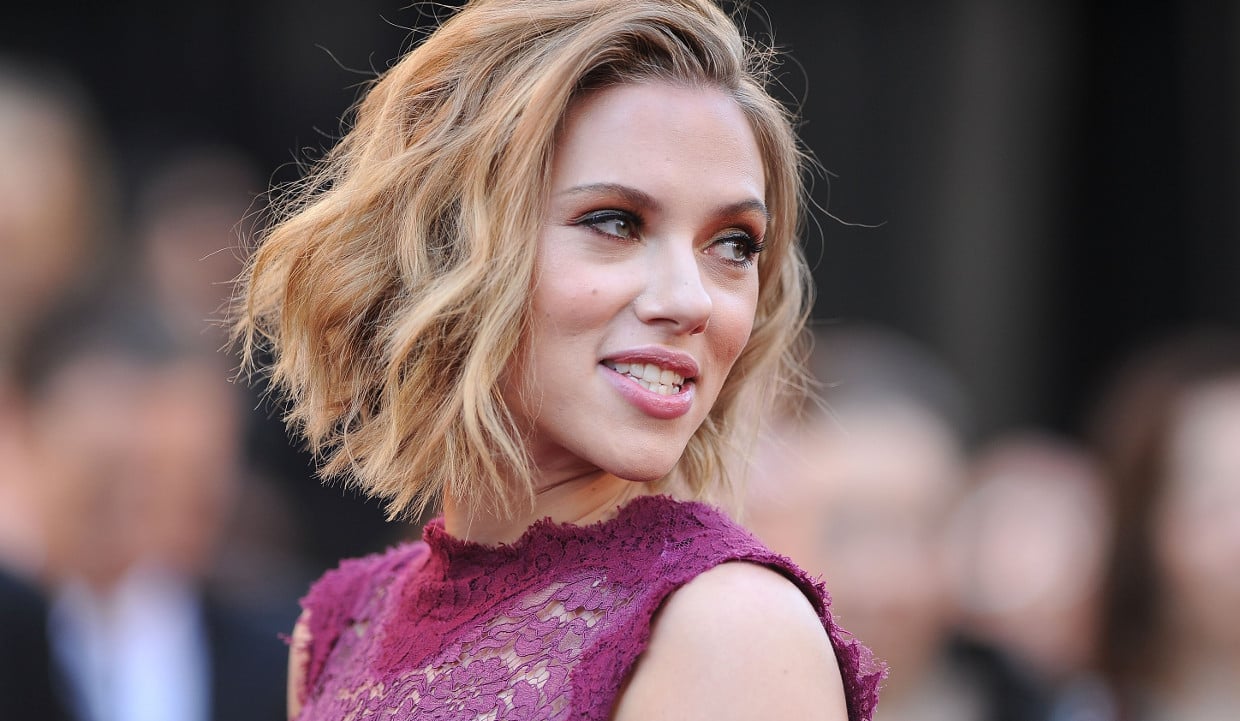 Scarlett Johansson showed her magic on Avengers: Infinity War, and fans were excited to see this Black Widow spin her web of sexy magic in the movie! The Avengers movies have always created a buzz among sci-fi lovers, but this time, a certain Russian spy has got the attention! And since Scarlett Johansson’s hot pics on social media are heating things up before the big premiere, we’ve found the best ones here!

The blonde beauty was seen in this edition of the franchise sporting golden tresses and blonde eyebrows, which is a radical change from her previous black look.

Check out some of Scarlett Johansson’s sexy pics below.

Wouldn’t you want her to spy on you?

The 33-year-old babe stands at 5’3″ and she’s proven that height has nothing to do with being a bombshell!

Johansson has roots from Denmark but she’s your atypical New York gal. She is strong, sexy, and independent, much like that of the Black Widow!

I just totally gave up on the birthday countdown because I couldn’t keep up with it. ? Anyway, I’m off to a Halsey concert tonight! ❤?

Lips of an Angel

After a much needed one-month break, I am finally back. Thank you for being patient with me! Not only did I reach 160K but I reached 162K… So excited for what 2018 brings us as we keep supporting our girl. ❤

ScarJo (as she is lovingly called by many of her fans), definitely kicked some serious butt in the new Avengers movie. But as the only female idol in the franchise, she has been pushing for some more woman power in the movies.

Love and hope for better days.. My heart goes out to those affected by the Las Vegas shooting. Reports I’ve read say that there are 50 dead and 400 wounded. Remember that things like this could happen anywhere, to anyone, anytime. Please stay safe. ❤

Starting to feature YOUR favorite Scarlett photos. To kick it off, this was sent in from @marvelousbones ? #seriouslyscarlettxfans

One more for today because I know I’ve been slacking with posts. ? (Yes, that pose again oops)

Being one of the only strong female leads, Scarlett Johansson has enjoyed working with the boys on Avengers: Infinity War. She has also shared their thoughts when she says that fans have become more demanding with the franchise.

“They’re hungry for those stories, and they also want to see a more diverse group that better represents the population. It’s wonderful to feel like you’ve witnessed and been a part of that growth,” the actress said.

⁉️ Which Scarlett movies have you NOT watched but would like to? COMMENT BELOW and I will choose three lucky followers so I can fulfill your wish(es)! ??

Penny for Your Thoughts?

The same pose as my Instagram pro-pic.. I guess I love these type of photos ?

It’s okay to love someone who doesn’t love you back. Don’t punish yourself just because your heart and your mind disagree.

Have a great weekend ❤?